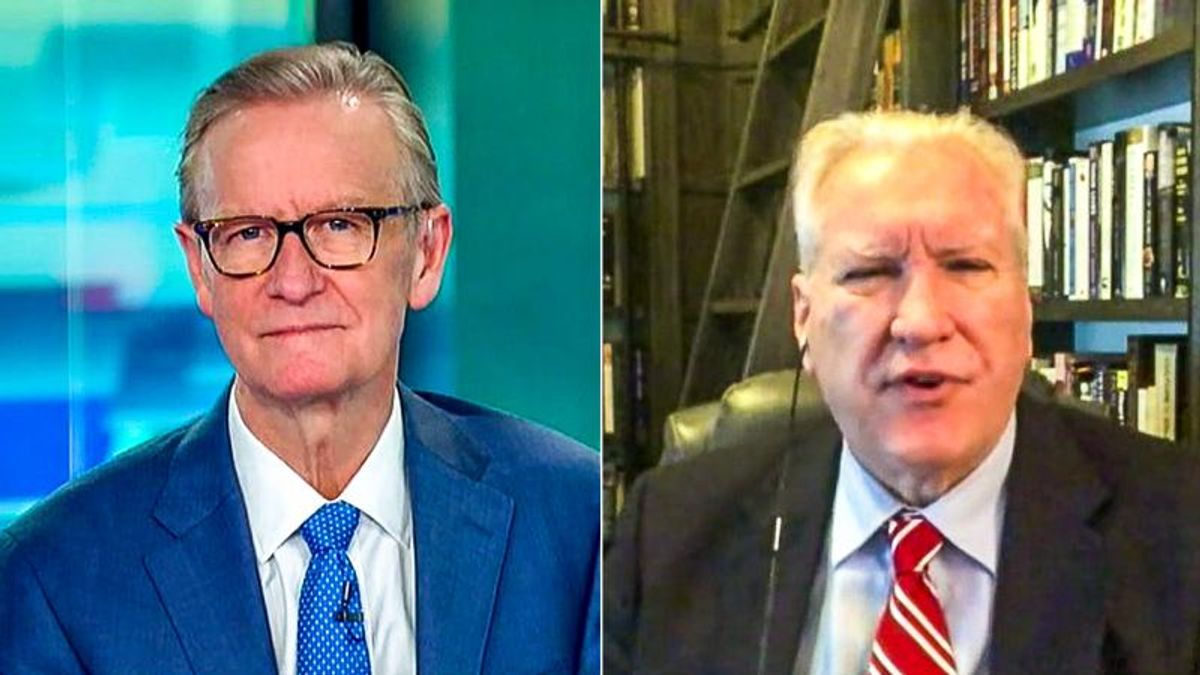 Fox News host Steve Doocy kicked off a Presidents Day segment by announcing that so-called cancel culture is "coming for some of America's presidents."

Doocy pointed to a decision by the San Francisco School Board to remove the names of slave-owning presidents from some schools.

Wead said that he disagreed with the renaming of schools because each of the presidents also had positive attributes.

"Each precious step that people take towards freedom and freedom of speech should be cherished and remembered and celebrated," the historian argued. "So yes, some of the Founding Fathers -- Washington, Jefferson, others -- had slaves but seen within the context of their time, they were risking their lives to step towards freedom."

Doocy agreed: "When you look back at history, there were some bad things that happened throughout history and that is part of the context of their time."

"There's no end in sight to this," Wead complained. "The British Empire had slavery until 1834. We'd have to rename Virginia, which was named after Queen Elizabeth I. There are five Indian Native American nations that owned slaves. We're talking about every little stream and river and town and village and some of the states that would have to be renamed."

"It's not Afrocentric," he added. "It's a problem of human nature and we need to study it. But we also need to celebrate the people who risked their lives to get rid of it."