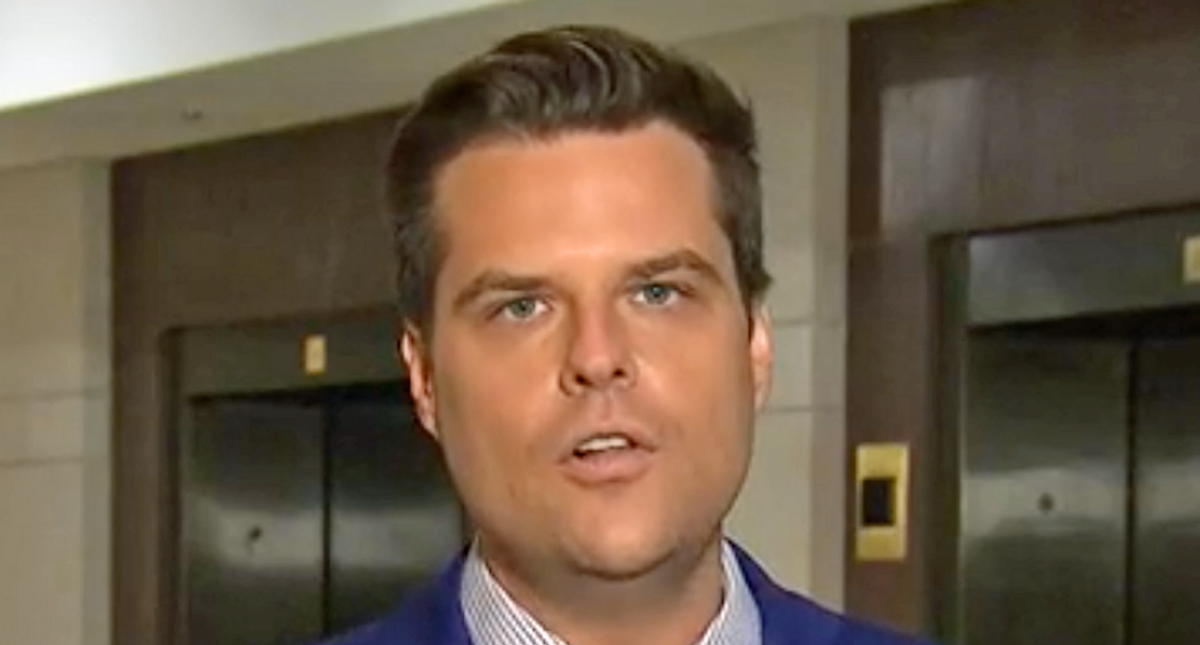 Prosecutors are ramping up their investigation into scandal-plagued Rep. Matt Gaetz (R-FL) and are now trying to secure cooperation from one of the congressman's former girlfriends.

CNN reports that prosecutors have reached out to the former Gaetz girlfriend, who worked as an intern on Capitol Hill at the time, to see if she will testify against the Florida congressman.

"The pursuit of the cooperation comes as investigators are nearly finished collecting evidence," one of CNN's sources claims.

In addition to the former girlfriend, the feds are also seeking the cooperation of former Gaetz "wingman" Joel Greenberg, who is facing years in prison thanks to a long list of criminal charges including sex trafficking, stalking a political opponent, making fake IDs, bribing a political official, and wire fraud."

Gaetz is reportedly being investigated by federal law enforcement officials on potential sex trafficking charges involving a 17-year-old girl, and multiple stories about the Florida congressman's scandalous behavior have emerged over the last two months.

Among other things, reports have emerged that Gaetz allegedly shared nude photos and videos of women he slept with to impress his colleagues in Congress; that investigators have uncovered ties between Gaetz and a fake ID scheme; and even for potentially paying for sex with women using the Apple Pay mobile payment platform.