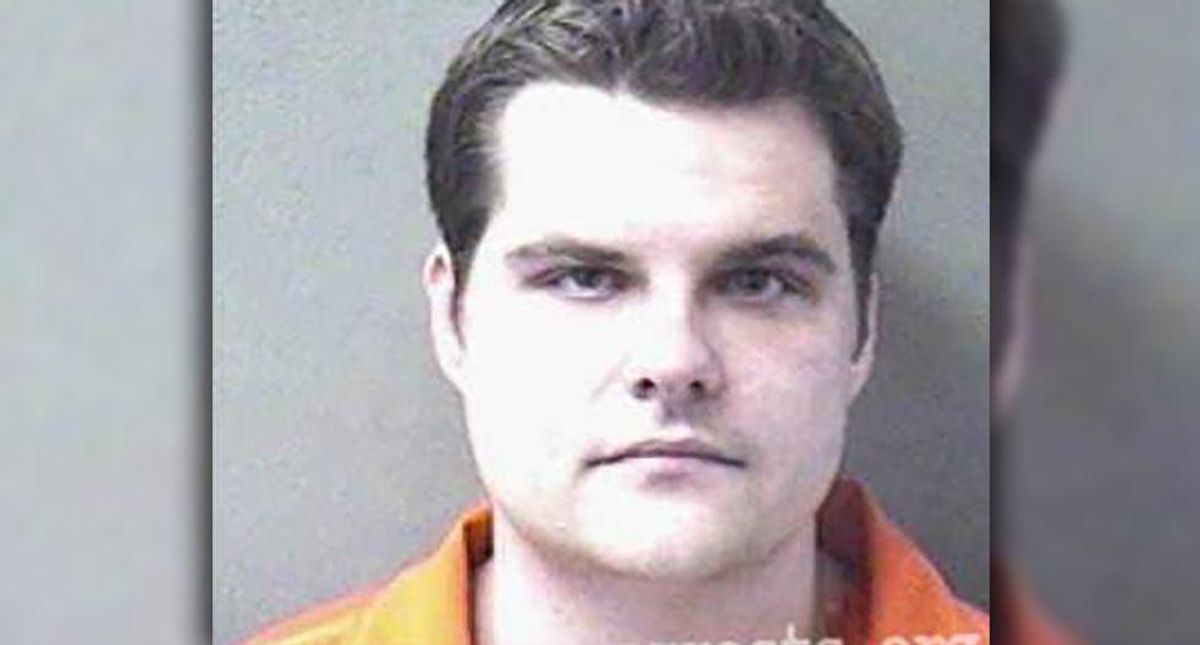 "Federal investigators looking into Rep. Matt Gaetz's relationships with young women have examined whether any federal campaign money was involved in paying for travel and expenses for the women, a person briefed on the matter said. Investigators are examining whether the Florida Republican engaged in a relationship with a woman that began when she was 17 years old and whether his involvement with other young women broke federal sex trafficking and prostitution laws, according to that source and another person briefed on the matter," CNN reported Thursday.

Cash and drugs may also be involved.

"Information that may connect Gaetz to a fake ID scheme at the center of the case against that second Florida politician, Joel Greenberg, was presented to federal investigators in a meeting early last year, according to two other people familiar with the matter," CNN reported. "In the meeting, which has not been previously reported, a witness provided evidence linking Gaetz to Greenberg, the former tax collector in Seminole County, Florida, who was arrested last year on charges that include sex trafficking of a minor and fabricating fake IDs."

There is reportedly video evidence.

"According to one of the people familiar with the matter, an employee at the tax collector's office saw Greenberg and Gaetz on internal office surveillance video looking through driver licenses on a weekend evening," CNN reported. "In a text message exchange shared with CNN that the source said was between Greenberg and the employee, Greenberg confirmed he was in the office 'showing congressman Gaetz what our operation looked like.' That witness shared the information with prosecutors from the local US attorney's office and US Secret Service agents investigating Greenberg's case in January 2020, the person familiar with the matter said."