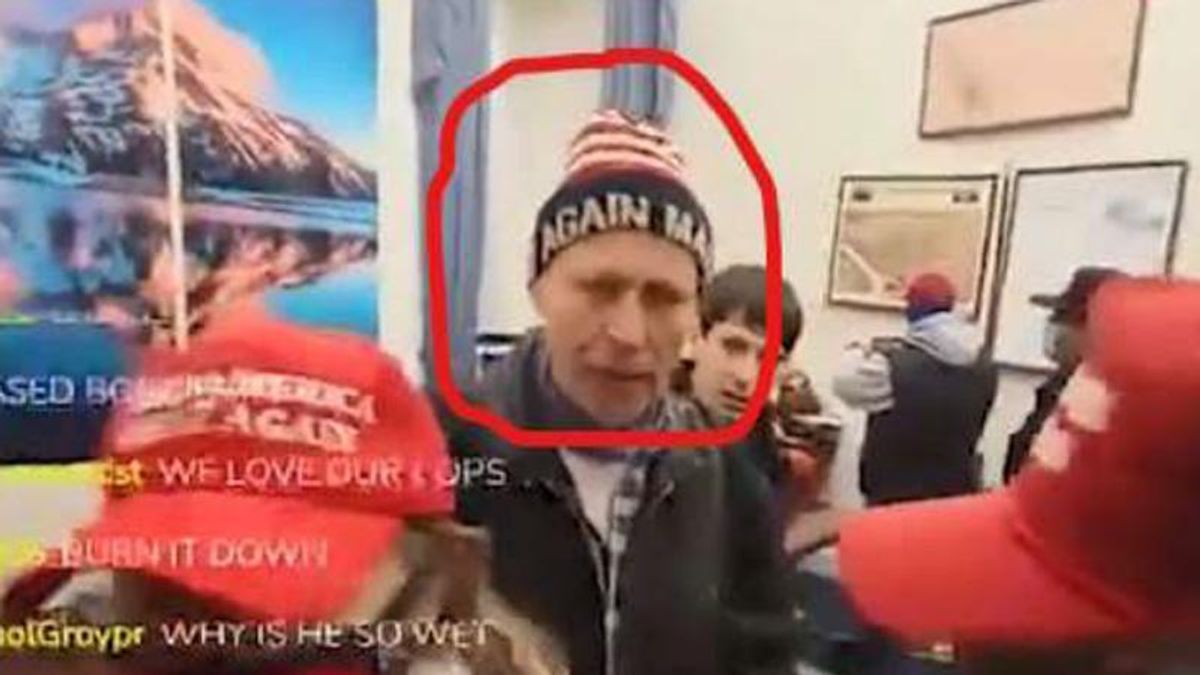 Unlike so many other Trump supporters storming the U.S. Capitol on January 6, Gary Edwards apparently didn't take to social media to brag about his exploits.

But his proud wife Lynn Feiler Edwards did.

Edwards was arrested Tuesday by federal authorities in Churchville, PA, and "released with standard conditions," the Department of Justice reported. Here's what Mrs. Edwards posted on Facebook -- revealing that her husband had been inside the Capitol --and thus providing a lead to the FBI:

"Okay ladies let me tell you what happened as my husband was there inside the Capitol Rotunda. There was a small group of young men dressed in military garb who yelled "we r going in!" They broke the barricade down, ran up the steps, broke a window and climbed in. They broke some furniture. Then proceeded to storm the floors. The crowd followed to stand on the balconies. When this happened there were police milling around doing nothing even after the breech [sic]. Gary walked around the back of the building and climbed the stairs walking right into the rotunda. He stood there and heard and saw teargas blasts. The police were right next to him as Gary poured water on their eyes. He stayed to chat w the police who were calm. Prior to Gary getting in evidently one woman was shot. . . .

"Gary walked around carrying flags of the Us. Gary walked right through the door into the rotunda. Chatting with the police who were very calm. The people san[g] the Star spangled banner 2 time then started chanting whose house? Our house! When asked to leave they did. . . . These were people who watched their rights being taken away, their votes stolen from them, their state officials violating the constitutions of their country and people who are not being given the opportunity to be able to have evidence shown."

The report added: "At some point after January 6, the above-described posts on Lynn Feiler Edwards' public Facebook page were deleted or removed from public view."

The posts apparently were not removed from FBI view, however. You can read the arrest complaint here.