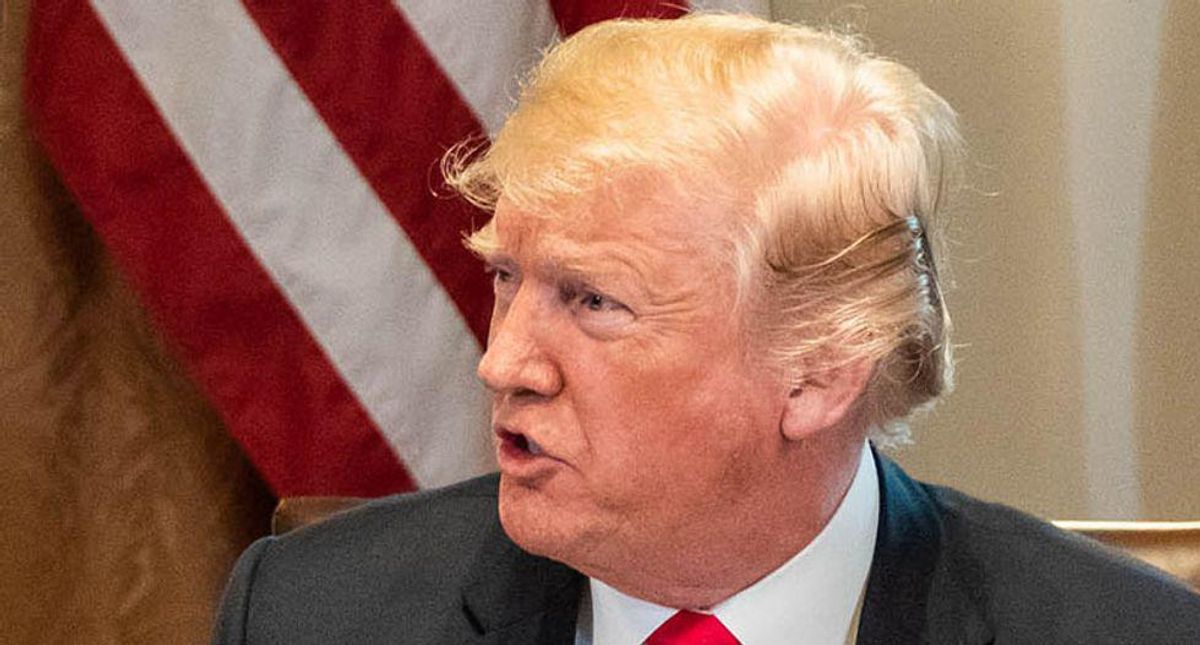 "You guys may not be following the internet the way I do," Trump told acting attorney general Jeffrey Rosen and deputy attorney General Richard Donoghue in a Dec. 27 phone conversation, according to recently revealed documents.

A former senior White House official and another person with direct knowledge of the situation told The Daily Beast that Trump once handed them a printout from the conspiracy website and asked them to track down its ridiculous fraud claim, and they saw him on multiple occasions holding printed-out articles from The Gateway Pundit in the White House, including the Oval Office.

"I didn't really do anything about it," the ex-official said. "I think I threw it out. Maybe I recycled it."

Trump frequently shared dubious online materials with high-ranking officials in the final months of his presidency, but they often discarded or ignored the claims, including foreign interference allegations shared with the ex-president by MyPillow CEO Mike Lindell, who said at the time he tried to share those documents with senior White House staffers.

"Lindell said he showed Trump an article from The American Report, a conspiracy theory website that's fringe even by the standards of Trump's late presidency, that purports to show that China and a host of other entities hacked the election through an analysis of IP addresses," The Daily Beast reported at the time. "But the president seemed just as, if not more, interested in the pictures on the article, rather than the text or the chart."

Trump promoted Gateway Pundit content on his Twitter feed in the weeks ahead of the Jan. 6 insurrection, such as one late-December article that falsely claimed statistical anomalies in Arizona and another article that used the wrong total for nationwide voter participation to claim the vote totals were impossibly high.

In yet another, Trump hyped a Gateway Pundit article featuring claims from a debunked forensic report that was presented as part of a lawsuit in Antrim County, Michigan.

The site has long been derided as inaccurate and unreliable, and Wikipedia included The Gateway Pundit on its list of untrustworthy sources in November 2019 and Twitter suspended the site's account and Hoft's for spreading election misinformation in February.