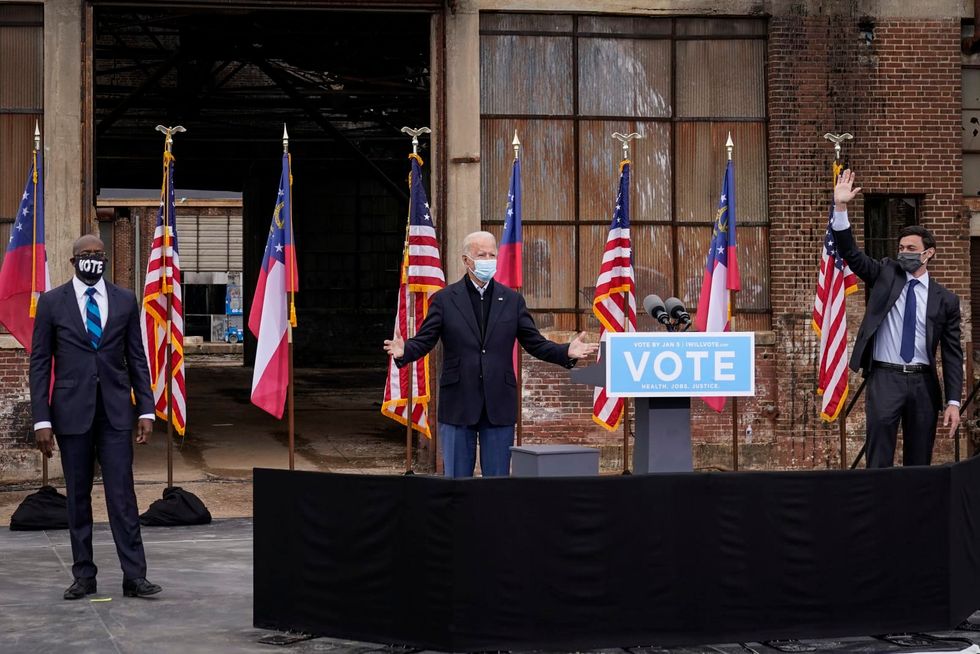 ATLANTA — On the eve of high-stakes elections for control of the U.S. Senate, President Donald Trump and President-elect Joe Biden staged dueling rallies Monday aimed directly at their most loyal supporters on the outskirts of downtown Atlanta and rocky, rural northwest Georgia. The disclosure of Trump’s extraordinary demand to Secretary of State Brad Raffensperger to “find” enough votes to reverse his election defeat shaped the final chaotic day of campaigning, which also included a visit to Middle Georgia by Vice President Mike Pence to rally conservative evangelicals for U.S. Sens. Kelly Lo...