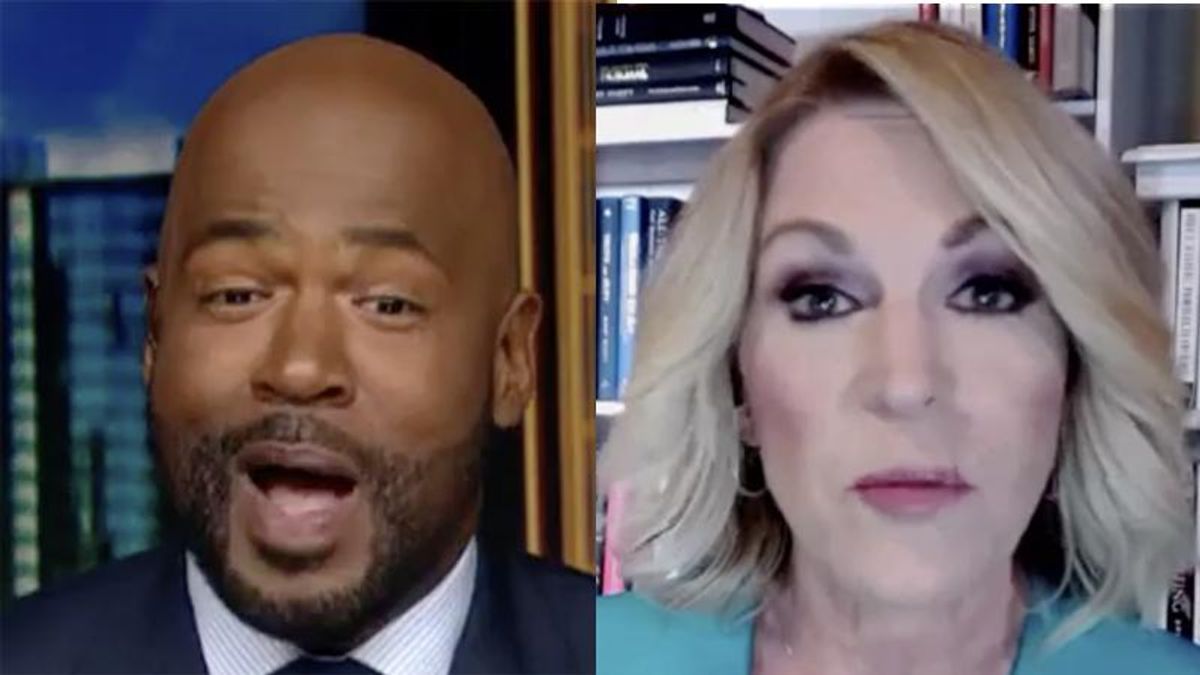 CNN "New Day" host Victor Blackwell went toe to toe with GOP campaign consultant Alice Stewart on Saturday morning when the conservative attempted to defend a law passed by Georgia Republicans that would make it a crime to pass out bottles of water to voters forced to stand in long lines on election day.

Appearing with Democratic counterpart Maria Cardona, Stewart defended the overall bill, saying it would make elections more "transparent" -- which received pushback from the CNN host -- before she was asked about the water bottle provision which is when Blackwell grilled her.

"The goal here, Victor, as I continue to say, I was on the ground in Georgia back in December," Stewart attempted. "I saw the people coming out, there are certain components of the election process that did need to be addressed. I've said earlier --"

"There was no widespread voter fraud in Georgia -- there was none whatsoever," Stewart conceded. "But there were areas that needed to be addressed and that's exactly what the lawmakers are doing. As for handing out water, election workers can hand out water while voters are in line."

"Why make it illegal for volunteers to come up and give people water?" Blackwell pressed.

"Alice, they're running the election," Blackwell shot back. "So they have jobs, right? People were volunteering just to help people who were standing in line. Let's remember where people are standing in line, in Gwinnett, in DeKalb, in Fulton, counties where there are a majority of black voters, a concentration of voters who put President Biden in the White House, the eight-hour lines are not often in the other 156 counties in this state. To give somebody water, you make that a crime?"

"I think that -- that aspect of this bill was not necessary," Stewart conceded. "The key is what they wanted to make sure that people were not giving out food and water to people in line that have a political message. That was the goal, so what they did instead was completely eliminate people working on a campaign or with a political message."

"I've got the bill up here right now," Blackwell replied. "Let's just be clear about this. Let me just read from the bill. It says that no person shall solicit votes and goes on to say nor shall any person, give, offer or participate in the giving of money, food, gifts, if not limited to food and drink to an elector. It's not just people with campaigns."