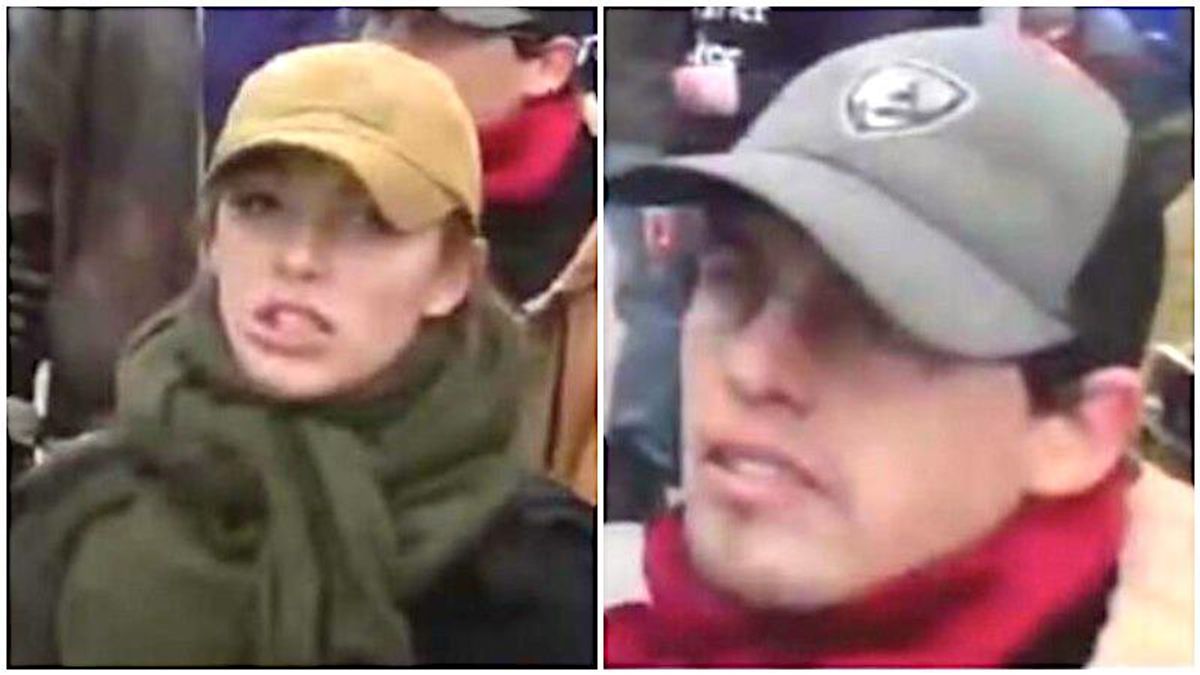 An Arizona father was as shocked as anyone that his son and daughter were charged with rioting alongside the Proud Boys at the U.S. Capitol.

Robert Konold knew they were headed to Washington, D.C., for a rally to support former president Donald Trump, but he was shocked when he saw their faces on the news after the protest turned into a deadly insurrection aimed at overturning the Nov. 3 election, reported the Arizona Daily Star.

"We saw a picture of my daughter and my son on the news, News 4, from a distance, but zoomed in with a circle on their faces," Konold said. "I was like, 'What?'"

Felicia Konold and Cory Konold, who are both in their 20s, were arrested Thursday morning by special agents from the FBI and members of the FBI's Joint Terrorism Task Force after photos showed the pair at the forefront of a group of rioters who overwhelmed police and forced their way into the Capitol during the Jan. 6 insurrection.

Felicia and Cory Konold were charged with conspiracy, civil disorder, obstruction of an official proceeding, knowingly entering or remaining in any restricted building or grounds without lawful authority, and disorderly conduct on Capitol grounds.

The FBI accused the pair of marching with the far-right Proud Boys, who federal prosecutors say coordinated the violent demonstration aimed at keeping Trump in office, and investigators say Felicia Konold posted a Facebook video celebrating her recruitment into the group's chapter in Kansas City and other evidence showing her affiliation.

The 62-year-old Konold said he hadn't spoken to his daughter since she was involved in a car crash last year that resulted in serious injuries and a DUI charge, but he frequently sees his son, whom he described as a "normal fricking kid."

"He was more there, I think, at that point, to keep an eye on his sister, that's the only thing I can come up with," he said. "He was just going to drive with his sister because she was going to go regardless. He figured, 'hey, road trip, and we can both share driving.'"

Despite the charges filed against his own children and the impeachment charge against the former president, Konold doesn't believe Trump or his supporters provoked the violence.

"It couldn't have been Trump guys," he said. "I'm thinking it could've been more Antifa or, you know, Democrats wanting to make Trump look bad or something. No normal Republican would go nuts."