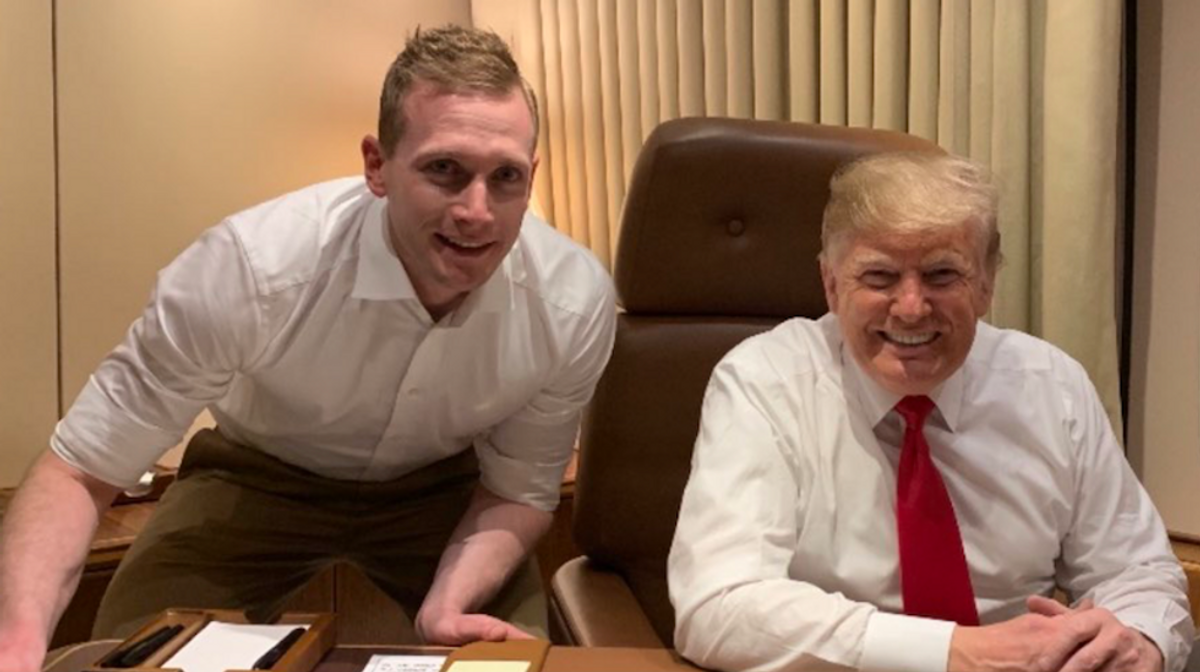 Last year, Miller's 18-month romantic relationship with former White House press secretary Stephanie Grisham ended after he "pushed her against a wall and slapped her in the face in his Washington apartment after she accused him of cheating on her," according to people familiar with the incident. In a nine-page letter, Miller's attorney denied most of the allegations contained in Politico's exhaustive report about Miller's past.

The incident involving Grisham wasn't the first time Miller was accused of assaulting someone of the opposite sex. In high school, "Miller pushed a girl out the door of his room and she fell down some stairs after he became enraged when she resisted his attempts to touch her, according to three people who were there and many more who heard about the incident in the aftermath." Miller's former classmates said the incident wasn't surprising given his pattern of behavior in high school.

In 2010, Miller needed surgery — with a tourniquet applied to his arm by a responding officer — after he punched through a glass door during an argument outside a hookah bar. In 2011, he was arrested on suspicion of drunken driving after he crashed his car into a light pole at Miami University — at 8:55 in the morning. Miller told a responding officer he'd had "two to three beers and several shots" the night before and "woke up in urine-soaked pants," according to a report.

The list goes on, but Miller has always seemed to avoid consequences, sources said, because he hails from one of Cleveland's wealthiest, most well-connected families.

Miller, who reportedly has "a unique bro relationship" with the former president, rose through the ranks of the Trump administration as a loyal aide. He is now running against GOP Rep. Anthony Gonzalez, who voted to impeach Trump. And Politico reports that Trump's unabashed support for Miller in the 2022 GOP primary reveals the former president's "shoot-first-ask-questions-later" approach to endorsements that is more "focused on vengeance over vetting."

"What is especially striking to many in these different sets of people from these different chapters of Miller's life is not simply that he apparently hasn't elementally changed," Politico's Michael Kruse notes. "It's that he is running for Congress—with the endorsement of Trump—with the past that he has. They marvel at the seeming expectation that either nobody was going to talk about any of this—or that it wouldn't matter if they did."

If the race is about Trump and Gonzalez's vote to impeach the former president, Miller has a good chance of winning, Kruse concludes.