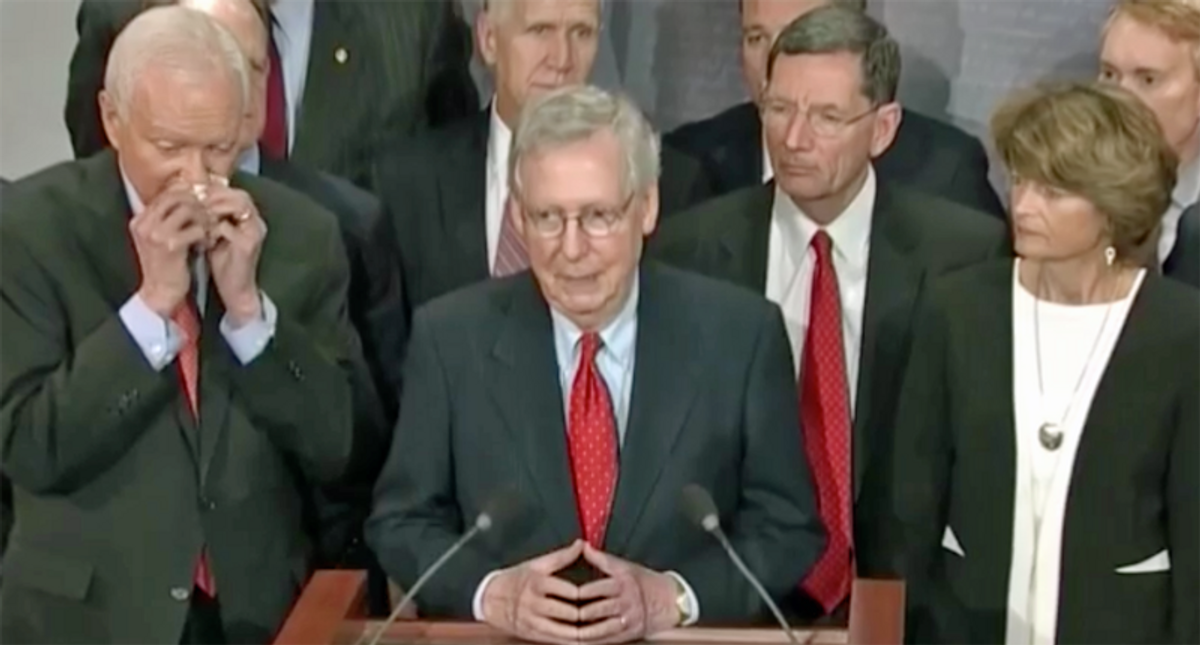 The Republican Party reportedly has a plan to rid itself of the stain of Donald Trump's presidency: Pretend none of it ever happened.

The Atlantic's McKay Coppins reports that he has heard several Republican strategists in recent days talking about ways to erase the last four years from the public memory and carry on as though nothing out of the ordinary happened over that time.

"We're about to see a whole political party do a large-scale version of 'New phone, who dis?'" Sarah Isgur, a former top spokesperson for the Trump Justice Department, tells Coppins. "It will be like that boyfriend you should never have dated—the mistake that shall not be mentioned."

GOP strategist Doug Heye similarly predicted that his party would soon be struck with collective amnesia.

"Republicans will want to forget the constant chaos, the lies, the double-dealing, the hiring of family, and the escalating rhetoric that incited hate for four years [and] directly led to what happened at the Capitol," he said. "Basically, any of those things that we never would have let an Obama or Clinton get away with, but constantly justified to ourselves in the name of judges."

According to Coppins, Republicans who worked with Trump are scheming of ways to "whitewash" the things they did on behalf of the president as a means to "escape accountability by taking advantage of America's notoriously short political memory."