GOP still in disarray as they try to figure out how to battle Biden: report 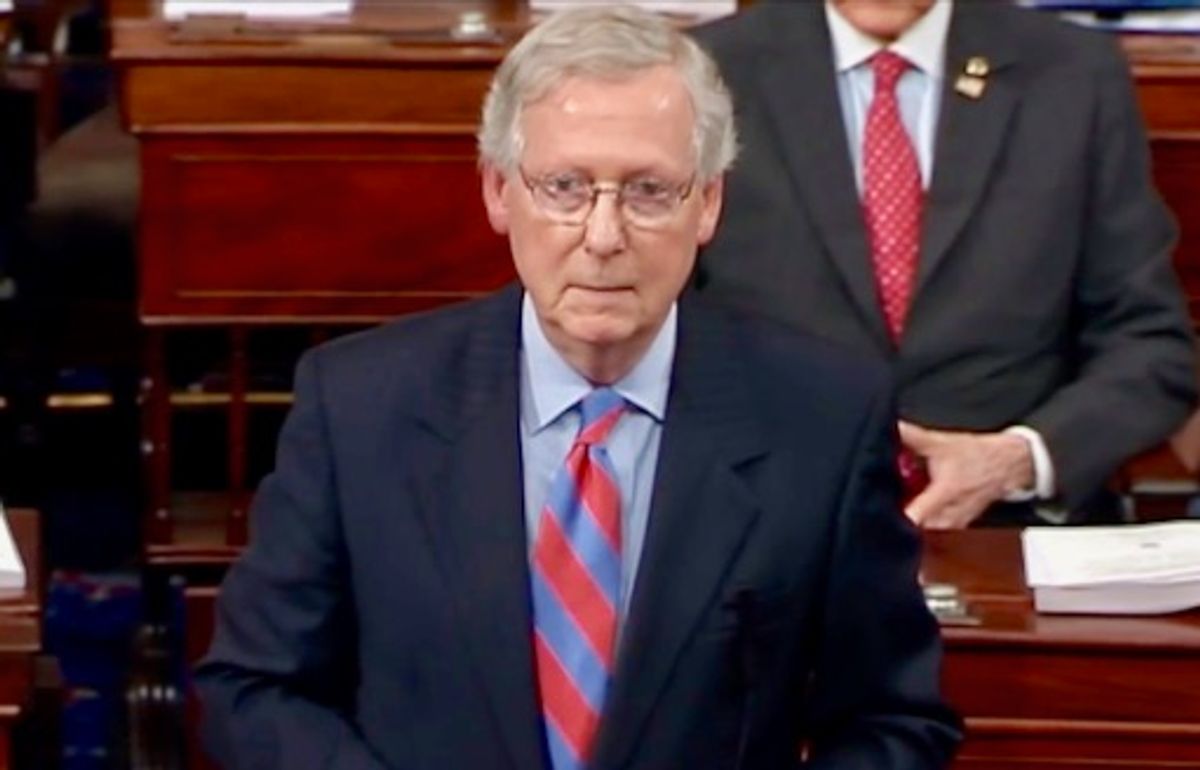 According to a report from NBC, months into President Joe Biden's first term the Republican Party is having trouble figuring out a line of attack of the Democratic president who has had a string of popular victories since taking over the Oval Office.

While Republicans at the state level have been pushing forward with bills restricting voting rights and GOP members of Congress have taken on vague issues like "cancel culture," Biden has remained unscathed and barely mentioned in Republican attacks.

Simply put, as one Republican Senate aide put it, "It's not really a unified front against him. He sort of gets lost in the shuffle sometimes."

Unable to lay a hand on Biden, the Republican leadership has instead trained its fire on Senate Majority Leader Chuck Schumer (D-NY) and House Speaker Nancy Pelosi (D-CA).

According to a senior GOP congressional aide, "I think a lot of our messaging is going to be focused on Chuck and Nancy versus focused on Joe. And we're just fine to have that fight."

As the report notes, Biden, unlike Donald Trump who preceded him, has tended to keep a much lower profile; not feeling the need to insert himself into the daily news cycle which, in turn, stymies Republicans wishing to launch attacks.

One former GOP member of the House pointed out that is giving Republicans fits.

"It's difficult to make him [Biden] a scary figure to the American public," ex-Rep. Carlos Curbelo (R-FL). "That's something that in the past, Republicans have relied on to drive up voter intensity in midterms."

NBC reports, "Senate Minority Leader Mitch McConnell, R-Ky., has sought to keep the party focused on criticizing those Biden policies and others. Yet in early GOP House and Senate campaign ads, Biden's name tends to earn only a cursory mention — or none at all," which led to one former GOP operative to admit that demonizing Biden may be a problem for Republicans looking to excite voters.

"They're figuring out who their villains and boogeymen are going to be," Liam Donovan explained, "because Biden is not going to be particularly fruitful."