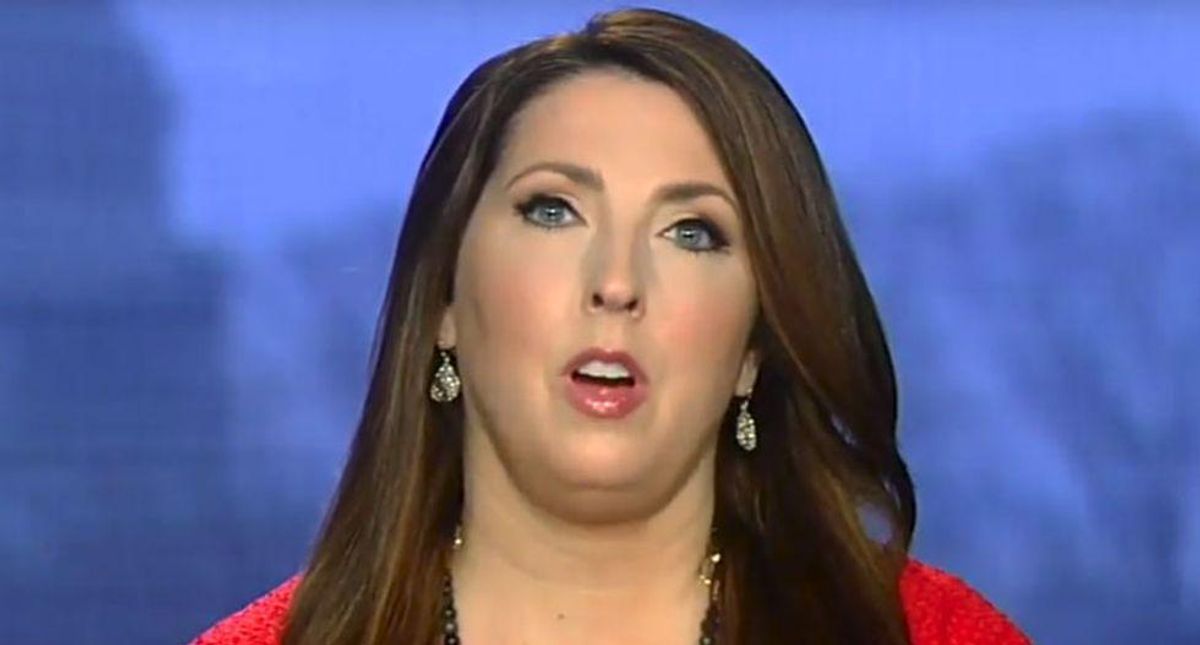 According to the woman who reports to the party that is trying to suppress Black voters and has used complaints critical race theory as their latest right-wing dog-whistle, "The Republican Party will always be proudly connected to #Juneteenth because of President Lincoln's leadership, and we enthusiastically welcome its adoption as our newest national holiday after President Trump called for it last year."

She added, "Mindful of the special importance Juneteenth has for Black Americans, it should also be a source of pride for Republicans and every American."

As one commenter suggested to McDaniel, "sit this one out."

You can see similar comments below:

@GOPChairwoman Is it a source of pride for the 14 Republicans who voted against it? #MindfulMyAss https://t.co/QRP64EgHck
— Cometogether (@Cometogether) 1624109386.0

@GOPChairwoman Ronna, please ensure that each of your white male GOP members who voted against Juneteeth participat… https://t.co/tUCLuEfigp
— CanAmMan (@CanAmMan) 1624108079.0

@GOPChairwoman But YOU'RE not an American. You're a Trump loyalist. The party that LOST their shit over traitor c… https://t.co/0XFPcpGsct
— Justice MaidenX (@Justice MaidenX) 1624107916.0

@GOPChairwoman Oh sweetie bless your heart ❤️....do you really think the GQP gives a crap about Juneteenth? This is all a PR stunt.
— David Carter (@David Carter) 1624105638.0

@GOPChairwoman All while the #GQP is trying to take away voting rights of millions of POC. Time to shut up QuackaRonna
— Resister in GA (@Resister in GA) 1624108717.0