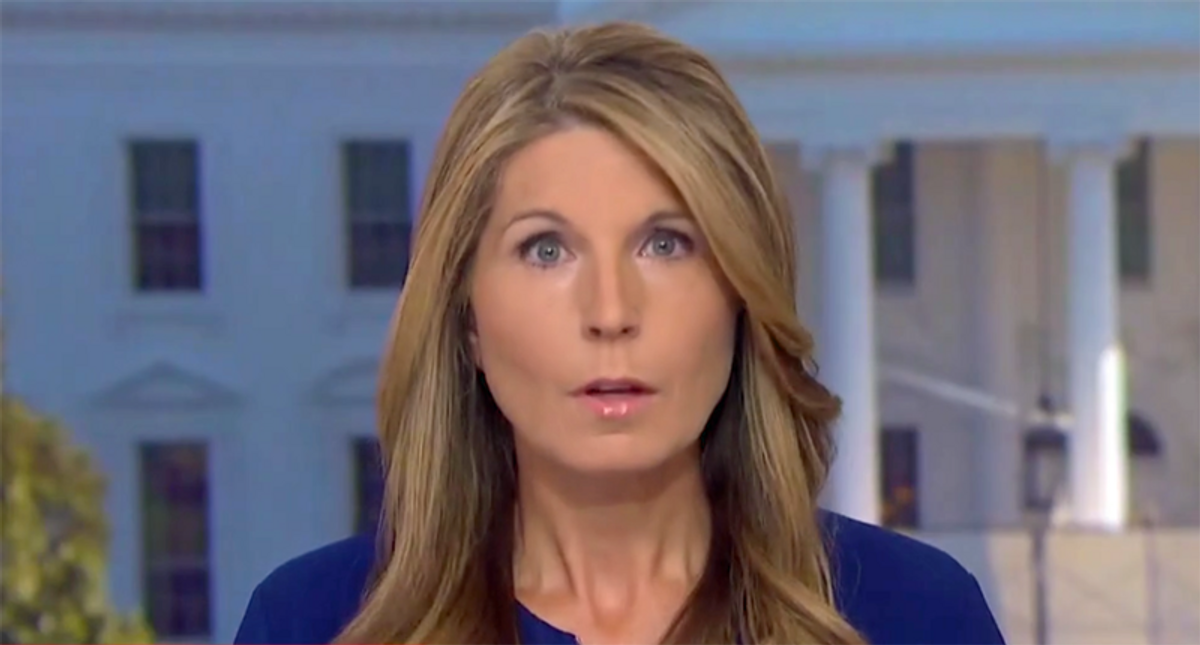 Lincoln Project adviser and podcaster Tara Setmayer kicked off Nicolle Wallace's exploration of the downfall of the Republican Party during her Monday show.

While she said she salutes the attempt by Rep. Liz Cheney (R-WY) to say that the GOP is still her party, Setmayer explained that it was made clear by Rep. Kevin McCarthy's (R-CA) rush to Mar-a-Lago that the party belongs to former President Donald Trump and Rep. Marjorie Taylor Greene (R-GA).

She recalled the 1960s effort to cast out the John Birch Society people attempting to take over the GOP and were called "unpatriotic."

"They're acquiescing to the kooks, the crackpots and the crazies," she said. "So the Republican Party needs to decide are they the party of country? Are they the party of the Constitution over cult? Or are they going to side with the kooks, the crackpots and conspiracy theorists? Liz Cheney, unfortunately, is a minor voice. She and Adam Kinzinger are about the only ones who have stepped up. It's clear she's swimming against the grain and the party is no longer the way she describes it."

Wallace agreed, but said that calling them "kooks lets them off scot-free." Instead, she explained that "they're aligned with the groups that participated in Donald Trump's call to storm the Capitol are white supremacists, racists. They're throwing down with racists."

Setmayer explained that while some are kooks and crackpots, Wallace brings up a good point about accountability. Citing the assassination of former President Abraham Lincoln, she said that mistakes were made in the aftermath that made it clear what can happen if people aren't held accountable for their crimes. She said that it allowed 100 more years of inequality and ushered in Jim Crow.

"What the Republican Party is doing, is they are falling victim to worrying about a base that is stoke in white grievance, stoked in racism, this idea of the illegitimacy of the last election is disenfranchising millions and millions of Black voters in Philadelphia, Detroit, Atlanta," Setmayer continued. "Let's not be naive about what's really going on here. They're questioning that. I think we do need to talk about that more. The party of Lincoln would never have stood for this. It was about equality, equality of opportunity, of freedom. The Republicans have turned into a pro-seditionist, anti-democratic party from the top down. There's a lot of unsavory things going on here that will destroy the Republican Party if they don't course correct."

ex republicans describe the downfall of their party www.youtube.com