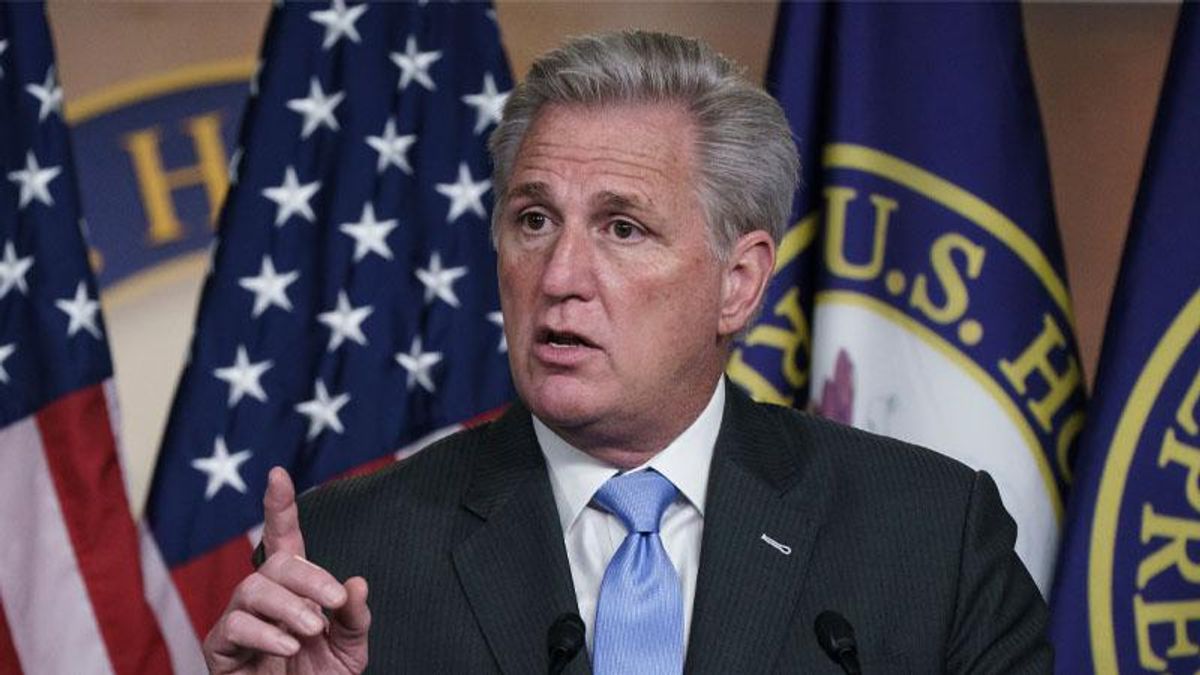 On Wednesday, Axios reported that Republicans are looking to cast off their traditional ties to big business and rebrand themselves as a party of the "working class."

"Top Republican officials tell Axios that if the party is going to survive, it needs to copy Donald Trump's fixation on blue-collar voters in 2016 and working-class and minority voters in 2020 — and ditch, or at least downplay, allegiance to big business," reported Mike Allen and Jim VandeHei. "Numerous corporations are cutting off money to a big chunk of Republicans who refused to certify the Joe Biden victory ... Recent polling shows Republican voters no longer coalesce around tax cuts and entitlement reforms."

Some Republicans have leaned into this branding shift, with House Minority Leader Kevin McCarthy saying "the American worker" is one of his key focuses, and planning to tour an oil rig in Texas.

The problem, though, is that a closer look at the data throws into question whether the GOP's new coalition really is a "working class" coalition.

While a recent YouGov/American Enterprise Institute poll shows 42 percent of Trump voters describe themselves as "working class," exit polls in 2020 show that President Joe Biden won workers making under $50,000 a year by 15 points. The reality is that Trump voters are mostly upper middle class professionals without college degrees.

Indeed, many non-college white Trump supporters seem lower income than they really are because they live in parts of the country where the cost of living is lower — while they earn less than people in big metros like New York City or Los Angeles, they tend to earn more than their neighbors, and controlling for cost of living and education level, "working class" white voters were less supportive of Trump than middle class white voters.

Ultimately, though, Republicans may have little choice but to make this branding switch, because a number of large corporations are cutting off their support for GOP lawmakers who tried to overturn the election.