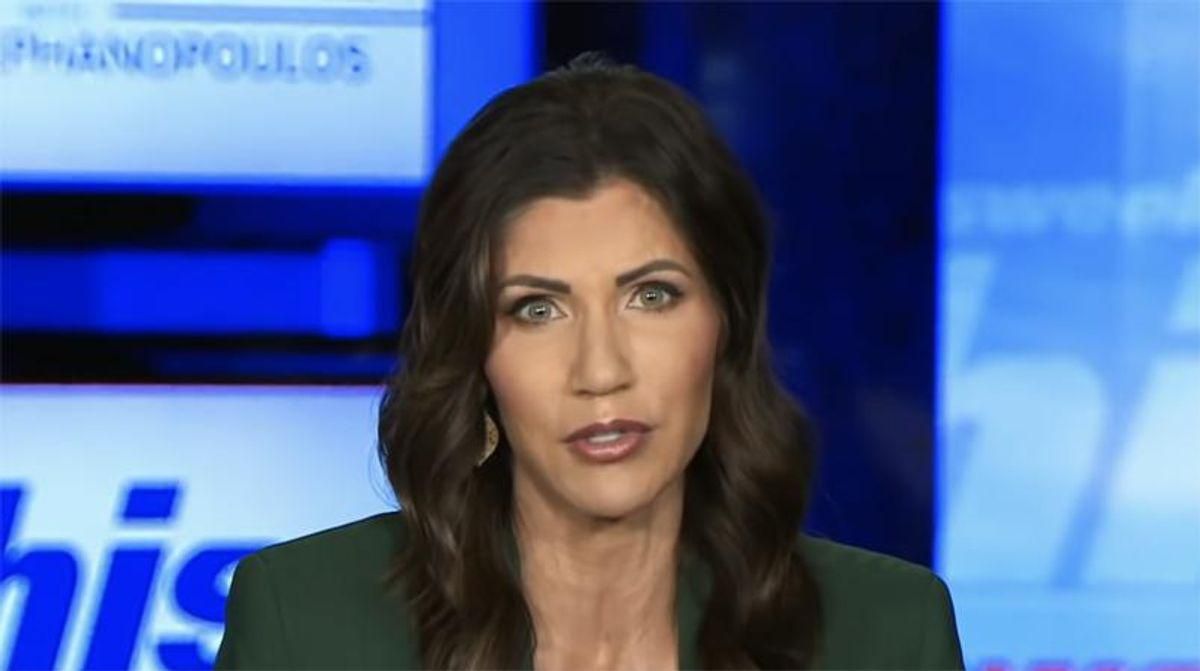 South Dakota Gov. Kristi Noem followed the advice of her legal counsel and vetoed an anti-trans law -- and now conservative voters might make her pay.

The South Dakota governor became a rising star in the Republican Party by supporting former president Donald Trump and ignoring expert medical advice on the coronavirus, but she could lose her standing after listening to legal experts and sending a bill on transgender athletes back to the legislature, according to Washington Post columnist Henry Olsen.

The bill is one of many advanced in GOP state legislatures this year that would ban transgender athletes from competing in girls' sports, but Noem sent her state's measure back for revisions on a "sign and form veto" that would remove two of four sections and make substantial revisions to the other two.

Noem had previously tweeted that she was "excited to sign" the bill, but attorneys she consulted advised her to limit the ban on transgender athletes to middle school and high school competitions only, but not college sports to avoid punishment from the NCAA that could financially harm her state.

"South Dakota's chances of winning a lawsuit against the N.C.A.A. are very low," Noem said, explaining her veto.

"The N.C.A.A. is a private association — that means they can do what they want to do," Noem added. "If South Dakota passes a law that's against their policy, they will likely take punitive action against us. That means they can pull their tournaments from the state of South Dakota, they could pull their home games, they could even prevent our athletes from playing in their league."

But the bans are popular with voters, who a recent poll shows approve of the measures at a 53-percent majority -- including 74 percent of Republicans, 49 percent of independents and 40 percent of Democrats.

Terry Schilling, president of the socially conservative American Principles Project, ripped Noem for a "failure of leadership" and for "caving to the left," and the legal advocacy group Alliance Defending Freedom denounced her alternative as "a hollow substitute."

Other conservatives have criticized her as well.

To regain her standing with religious voters and other conservatives, Noem faces a choice that could cost her support from business leaders in her state.

Noem could drop her objections in the next legislative session, which would potentially regain support from social conservatives, but that carries the risk of alienating business groups that oppose the original bill.

"Damned if she does, damned if she doesn't," Olsen wrote. "Noem's meteoric national rise has spawned much doubt about whether she has the chops to navigate the difficult issues and media glare. How she recovers from this unnecessary self-inflicted wound will determine if the doubters are right."