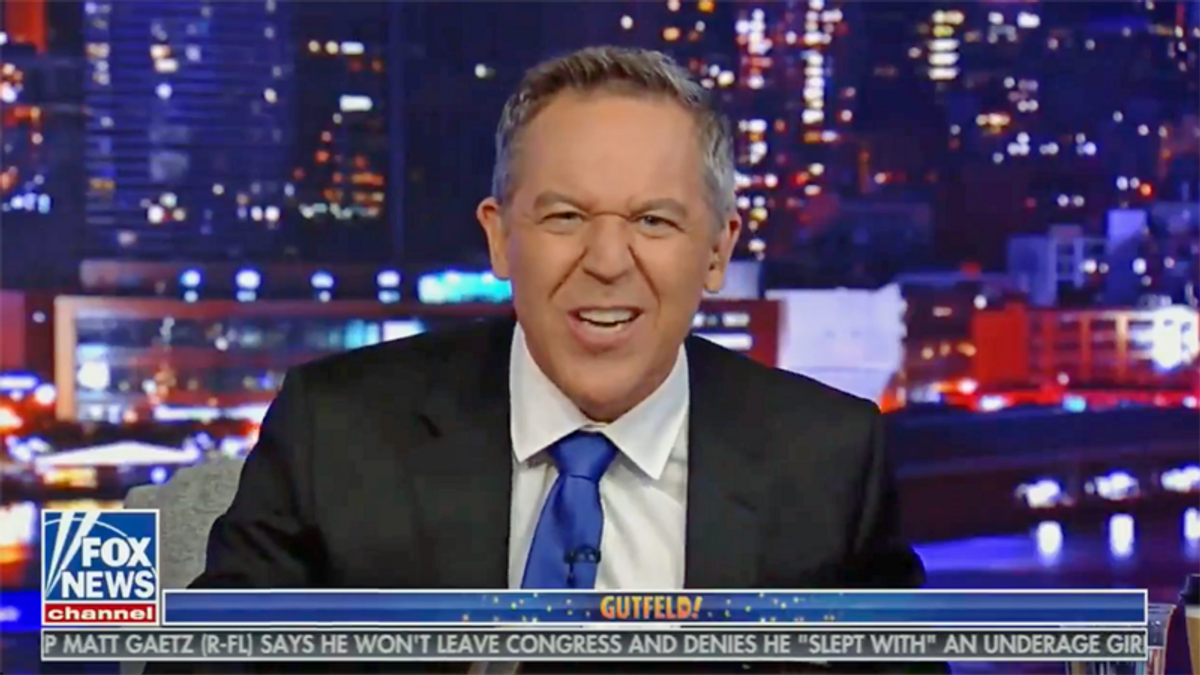 "In an unorthodox maneuver, executives at the Fox Corp.-owned cable-news outlet will explore whether jokes and satire can capture a crowd after 11 p.m. with 'Gutfeld!,' which debuts Monday night," Variety reported.

"Fox News executives want people to compare Gutfeld to the late-night options already standing in his new hour: Comedy Central's 'Daily Show,' TBS' 'Conan,' ABC's 'Jimmy Kimmel Live,' NBC's 'Tonight Show Starring Jimmy Fallon' and CBS' 'The Late Show With Stephen Colbert.' Fox even went so far as to buy up local commercials for 'Gutfeld!' on TV stations and cable systems that run those programs, and put up a billboard for the show on Hollywood Boulevard in proximity to the theater where Kimmel tapes his show. Of course, Gutfeld will also square off with more traditional 11 p.m. rivals, like CNN's Don Lemon and MSNBC's Brian Williams — and may be judged more seriously on how his show performs against them," Variety explained.

Did the new Fox show succeed at comedy during its debut?

In one clip posted to Twitter, Gutfeld sounded much like the network's other evening hosts as he delivered an angry rant against corporations that have criticized GOP voter suppression bills.

"So screw you," he said to Major League Baseball after MLB moved the All-Star Game to Denver from Atlanta as part of the boycott movement against the state after GOP Gov. Brian Kemp signed a controversial voting suppression bill.

"Your stupid exhibition game is about as entertaining as a match of cornhole on ESPN at 3 AM in the morning," Gutfeld said, with an awkward pause in his delivery

"And screw Delta and screw Coke. In fact, screw all corporations, you stupid execs are cowards and bad golfers. You cheat on your taxes and you cheat on each other," he alleged.

"You could literally grab someone off the street at random and they could write funnier material than this," he said.

You could literally grab someone off the street at random and they could write funnier material than this https://t.co/QxeiXPV9ow
— Mehdi Hasan (@Mehdi Hasan)1617680870.0