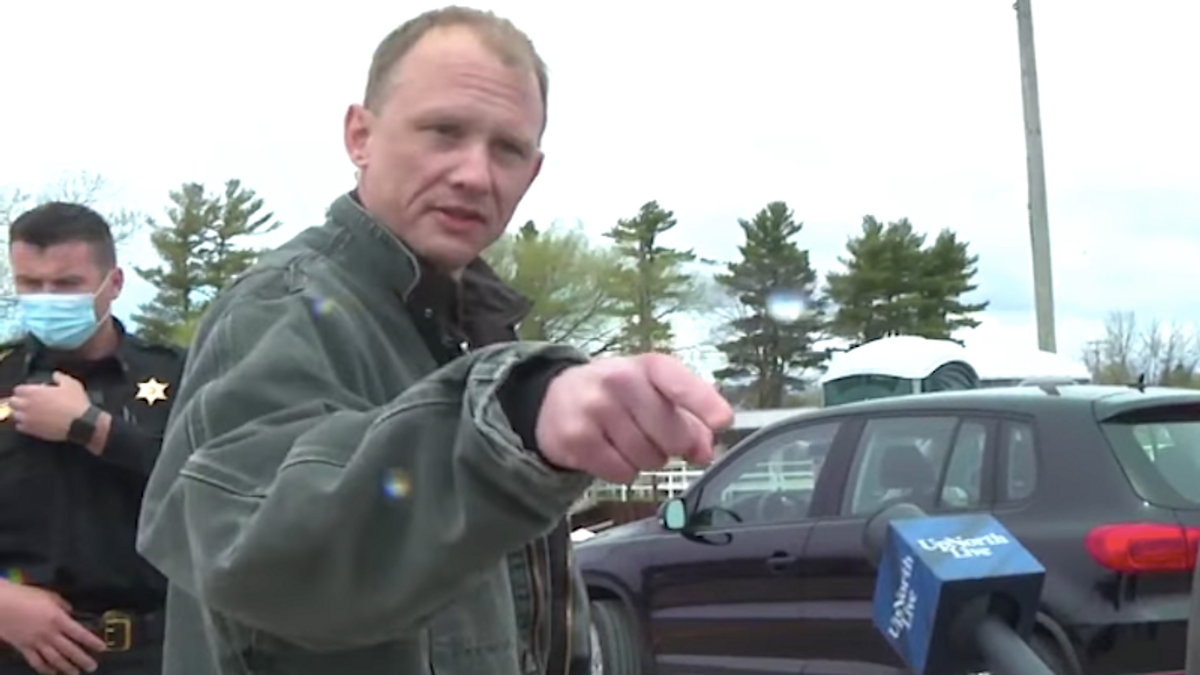 A Michigan man was arrested for attacking TV news crews after disrupting a speech by Gov. Gretchen Whitmer.

The Democratic governor, who has been a target for criticism from former president Donald Trump and the victim of a kidnapping plot by right-wing militants, visited Elmwood Township to sign a funding bill to protect the state's natural resources, and a man in the crowd started heckling Whitmer over her handling of the coronavirus pandemic, reported UpNorthLive News.

"We don't want you here," the man shouted as Whitmer spoke. "Go back to Lansing."

Whitmer continued speaking as the man shouted obscenities at her, but the governor cut her visit short and canceled an interview with the local TV outlet and was escorted to her car as the man ranted.

Leelanau County Sheriff's deputies arrived at the event as the man taunted the UpNorthLive News crew, who asks why he doesn't enter politics himself if he's so critical of the governor.

"Why would I run for office when the only people who are elected are criminals," he says, raising his eyebrows, "like Whitmer."

The man got increasingly more aggressive toward the news crew, asking if he should destroy the reporter's camera and then hurling a microphone across the parking lot.

Deputies immediately arrested the man, who then spit at the TV camera.

"We have been in contact with this individual before, mostly regarding political-type things," said Sheriff Michael Borkovich. "I personally believe that's not normally what he has done, but I do think when you cross the line, people have to know that we will enforce the law."

The man, whose name will not be officially released until his arraignment, was jailed on two counts of assault and battery and one count of malicious destruction of property, and Whitmer later commented on the incident as she headed to another scheduled event in Petoskey.

"I did not [feel in danger] and I'm terribly sorry to hear that someone who was there to disrupt put in jeopardy one of your colleagues," Whitmer told the TV station. "I'm sorry to hear that. I hope they are okay."