There were more gun arrests in DC ahead of Jan. 6 than previously thought: report 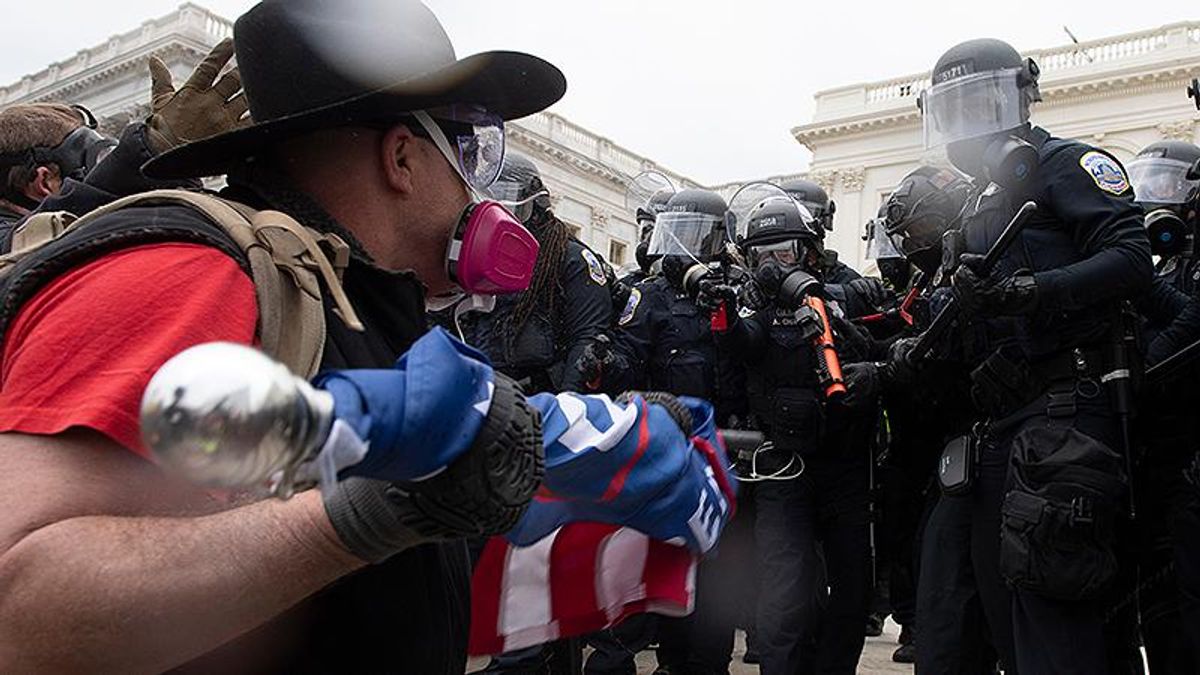 Freedom of Information Act requests to the U.S. Park Police reveal that there were far more arrests for guns than previously known.

NBC News reporter Scott MacFarlane reported that they acquired emails showing conversations about the early-morning crowds who law enforcement officials were already starting to see at the Ellipse on Jan. 6.

"Many/Most visitors have brought backpacks that are not permitted in venue by USSS," says one email. "USPP units are having to collect and sweep these backpacks. Some of the backpacks were placed in the trees on the WAMO grounds and are being removed by USPP and NPS assets."

"Wearing ballistic helmets, body armor and carrying radio equipment and military grade backpacks," observed another email alert shared from a Park Police commander as he watched the crowd near the White House grow.

The report also said that one person was detained with a rifle near the World War II Memorial. It also revealed that an undercover police unit was watching a person in a tree on 16th street they thought had a handgun near his or her waist.

Other incidents of guns were discussed in the emails, such as a D.C. police report "there have been approximately 10 arrests ranging from simple assault to weapons possession" by 9:35 a.m. that day.

An FBI update forward by a Park Police detective explained, "At approximately 10:45 a.m., Federal Protective Service received notification... that two individuals were detained by a protective service officer for possession of two guns in vehicle."

The discussions then began to focus on a group of about 200 alleged Proud Boys on or near Capitol Grounds. "We are monitoring the group's movement through the city," the email said according to the report. By 11:15 a.m. a situation report emailed from the FBI cited at least 400 people on the east side of the Capitol.

"Per U.S. Capitol Police, a Congressional staffer was at the Hyatt Regency Hotel this morning and overheard an individual wearing fatigues state 'We are going to storm the FBI at 2 p.m.," said another alert from the FBI sent to the Park Police.

"POTUS event concluded. Crowds are marching towards Capitol. Capitol PD working three very suspicious packages around Capitol proper. We are checking our NPS areas for suspicious packages out of (sic) an abundance of caution," the next alerts warned.

Sen. Ron Johnson (R-WI) previously said in a radio interview that the Jan. 6 attack wasn't "an armed insurrection" and that he doesn't "know any Trump supporters who would do that."

See the full report from MacFarlane below: