Former Sen. Harry Reid reveals the reasons why the government hid UFOs from the American people for so long 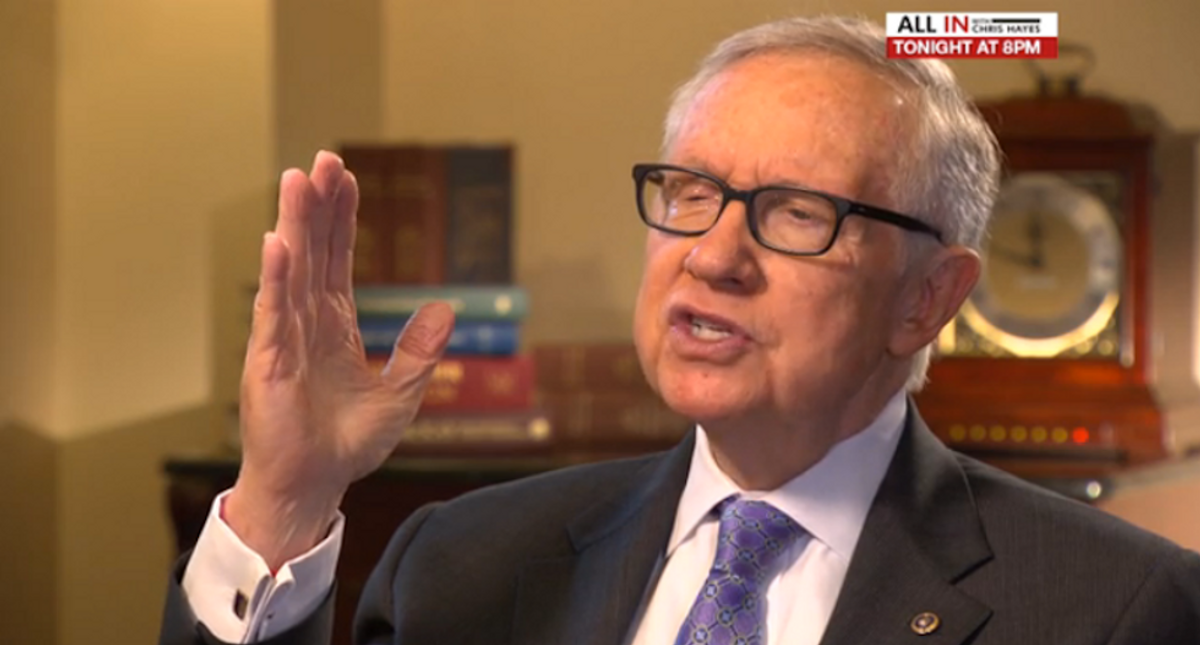 What was once a crackpot conversation among mocked believers has now gone mainstream. Speaking to NPR, former Nevada Sen. Harry Reid explained why the U.S. military has been hiding the sightings of UFOs for 70 years.

When asked why the U.S. government would hide what they've seen about UFOs, Reid said that it's possible people in authority feel "it could be damaging to the security of our country."

"This isn't the first time 'big government' has hidden things from the American people for reasons they felt were right but were not necessarily so," Reid said.

The report to the U.S. Senate on the military's research into UFOs was supposed to be delivered at the beginning of June but Reid said that he's heard that it's more likely to be delivered to the Senate at the end of the month.

"What I've said about this is that it can't be a one-shot deal," said Reid. "There needs to be continual study of this. I don't think that we're going to learn much when this report comes out in a few weeks. I think we need to continue working on it without any question."

He went on to say that the developments in this study have shown "you don't have to be some kind of oddball to be curious about what's going on. People are curious, as they should be."

As technology advanced, the world has witnessed more and more aerial phenomena being explained by science. Atmospheric conditions, strange cloud formations, and other natural things were eventually named for some of the sightings that began in the 1800s.

"I think we've looked at this long enough now to know that it's not something that's a cloud formation that's created this," Reid explained. Now that astrophysicists, meteorologists and other scientists are in on the research, more can be done to explain some things and focus on the unexplainable.

In 2007, Reid was able to get funding for the Advanced Aerospace Threat Identification Program (AATIP). The former program director, Luis Elizondo, worked in military intelligence at the Defense Department to uncover the "u" in UFO. Since leaving the DOD, Elizondo has come forward with specific incidents that the military witnessed and researched.

Appearing on "The Late Late Show" last month, former President Barack Obama, who's made several jokes about "dem aliens," explained that it's true there are unidentified things in the sky that no one can explain.

"We can't explain how they moved, their trajectory, they did not have an easily explainable pattern," Obama said. It echoes former Navy pilots who have come forward to say that they witnessed and filmed objects that appear to "defy our laws of physics."

President Joe Biden's administration will be the one who decides the degree to which the American people are allowed to know what is in the final report.

Listen to the full report below: