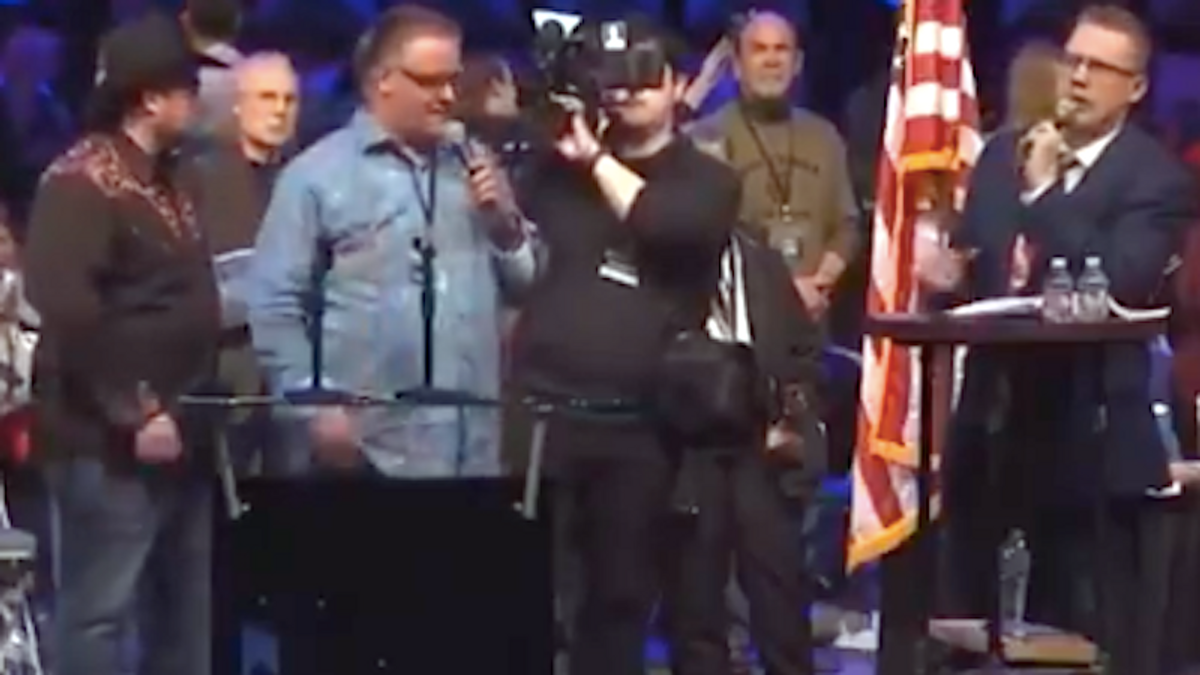 "The upstairs bathroom in the south hallway right there, there's big stop signs that said these are for kids only, and we had some gentlemen that, we had kids in the bathroom and some gentlemen said they're not going to obey the rule," said Pastor Craig Hagin, co-pastor of Rhema Bible Church, which hosted the event.

Hagin's microphone was cut off at that point, but he awkwardly repeated his admonition after the brief pause.

"There's big stop signs that says please, kids only, you know," he said, "and it wouldn't be as bad if there wasn't the kids in there, you know, by themselves. We're trying to protect the kids."

Moments earlier, Hagin had also asked the QAnon conference attendees not to interfere with parents trying to pick up their children from day care offered at the Broken Arrow church.

"There's some of you that parked against the curb, and there's parents fixing to come pick their kids up from day care and they park against the curb, and so we don't want to have to tow anybody's car," Hagin said. "But if you did park on the curb and not in the parking place -- the regular parking place, no big deal, but if you parked near the curb then you need to move it."