'Helmet boy' Capitol insurrectionist demands plea deal in 'off the rails' hearing: 'Can I get an offer?' 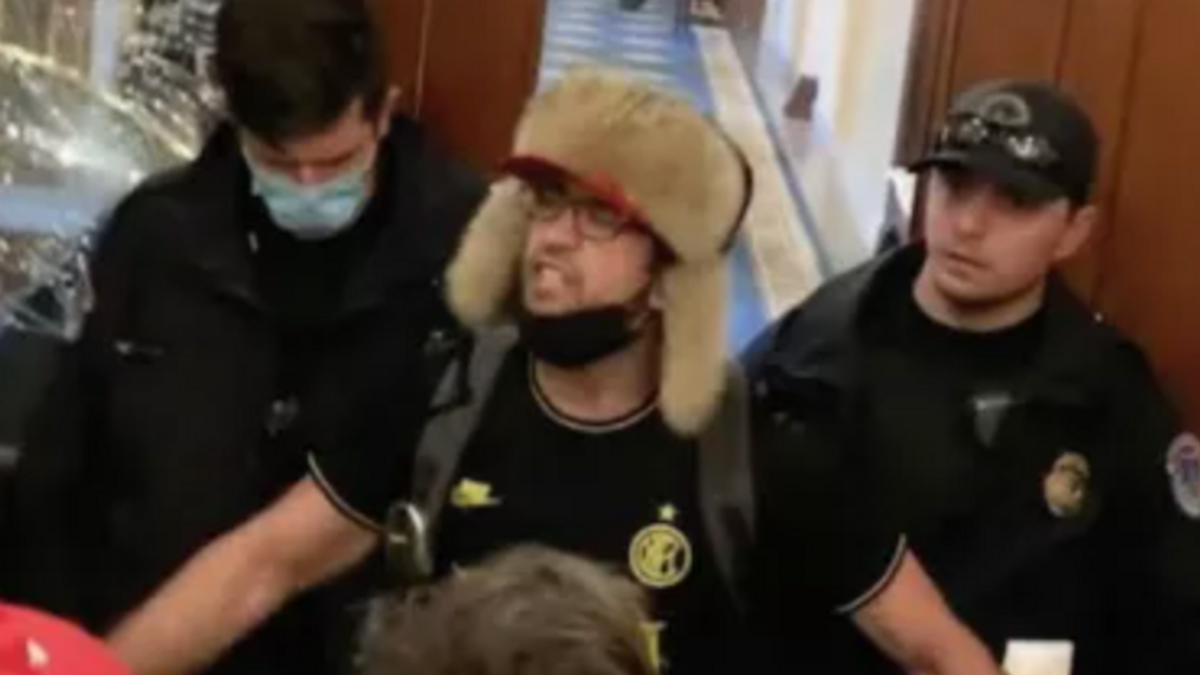 The Capitol insurrectionist who became known as "helmet boy" — after being captured on video using a riot helmet to smash a window to the Speaker's Lobby during the Jan. 6 riot — demanded a plea bargain from prosecutors during an "off the rails" court appearance on Wednesday.

Zach Alam, who remains in jail, spoke over his attorney and demanded to represent himself, at one point directly asking a federal prosecutor assigned to the case, "Can I get a deal?" according to a live report from Scott MacFarlane, an investigative reporter for Washington, D.C.'s NBC affiliate.

Alam said he was making an "offer" — for prosecutors to drop all charges — before demanding, "Make me a counteroffer."

Alam's outburst reportedly started before the judge even arrived for the hearing, when he yelled, "I will represent myself!" at attorneys and clerks.

After the judge later advised Alam to stop talking and repeatedly warned him against representing himself, he responded, "I don't take your advice," as his attorney attempted in vain to delay the hearing.

After the judge explained that prosecutors are not required to offer a plea bargain, the prosecutor said, "There has not been a plea offer, but I'm happy to start that process."

The judge ultimately delayed the hearing until later this summer, and Alam returned to jail.

He has been in custody since February, after being arrested when a family member tipped off authorities.

Deceased rioter Ashli Babbitt would later attempt to crawl through the window broken out by Alam, before being fatally shot by police.

Read MacFarlane's full report, and watch a video of Alam breaking out the window, below.