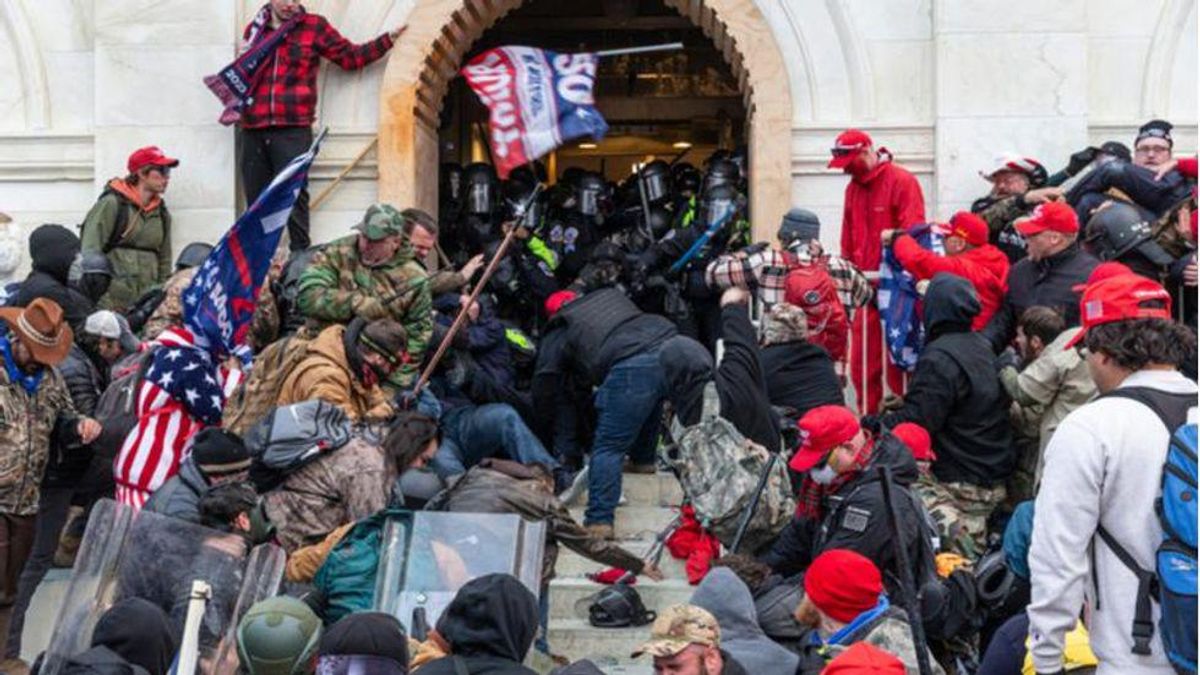 The "Refounding Fathers Festival" is expected to draw 300 people from about 20 groups, including pro-Trump clubs and other conservative organizations, according to Patch. Those in attendance will include the two beneficiaries, founding Super Happy Fun America member Sue Ianni, who is also a Natick Town Meeting member, and the group's vice president, Mark Sahady. Both face charges for participating in the insurrection.

In the wake of Patch's report, another group called Showing Up for Racial Justice (SURJ) Worcester is calling on the venue, Century Sportsman's Club in Auburn, to cancel the event. SURJ 's Lydia Proulx told the Telegram & Gazette that "Super Happy Fun America has a history of hosting events that are intentionally inflammatory and hateful toward 'marginalized folks,' including the Straight Pride Parade in Boston, which, she said, was 'a hilarious misnomer for essentially a Trump parade.'"

"We believe that Super Happy Fun America is a white supremacist organization because they are known to welcome and collaborate with prominent white nationalists in the United States, including the leader of the Proud Boys, the Nationalist Socialists Front and others," Proulx said. "They also echo their hateful ideology whether it's anti-Semitism, Islamophobia, heterosexism, homophobia."

MassEquality, a statewide LGBTQ advocacy group, is organizing a counterdemonstration outside the fundraiser.

Auburn Selectman Tristan LaLiberte wrote on Facebook that he was "appalled and disappointed" that the sportsman's club agreed to host the event.

"It is an embarrassment to our community that a group that honors those that led an insurrection against this country and that prides itself on being anti-LGBTQ thinks that they will be welcomed in Auburn," LaLiberte said. "Totally ignorant to their own irony, this group claims to be patriotic while hoisting those who stormed the nation's Capitol up on a pedestal."

Hugo responded by claiming that Showing Up for Racial Justice is "basically antifa."

"I knew that people on the left would lose their lunch over that," Hugo said, referring to the "Heroes of January 6th" reference. "But they have been pushing a fake narrative saying that this is the worst thing to happen in our country since the Civil War. I mean, give me a break. On the left, they're pushing back against all of these efforts to tighten up the election laws just to prevent fraud and they're calling it Jim Crow. That's ridiculous.

"I believe it's heroic to go to the seat of government to challenge a fraudulent election," he added. "This is, in my opinion, the biggest scandal in American history, this stolen election."

Representatives from the Century Sportsman's Club haven't commented on the controversy, but Hugo claims they plan to "stick to their guns" and go though with the event.