Conservative evangelical American radio host Erick Erickson called it "old news" and claimed that everyone already knew about this.

"I thought we all knew this. Also, Old news, and people do change over time," said Erickson.

But it was Walker's son who unleashed after hearing his father call his mother a liar on Fox's Sean Hannity show that turned heads, the Daily Beast confirmed.

"I know my mom and I would really appreciate if my father Herschel Walker stopped lying and making a mockery of us," Christian Walker said. "You're not a 'family man' when you left us to bang a bunch of women, threatened to kill us, and had us move over 6 times in 6 months running from your violence."

Walker is alleged to have threatened his ex-wife with a knife and a gun.

"Every family member of Herschel Walker asked him not to run for office, because we all knew (some of) his past. Every single one. He decided to give us the middle finger and air out all of his dirty laundry in public, while simultaneously lying about it. I'm done," Walker's son continued. 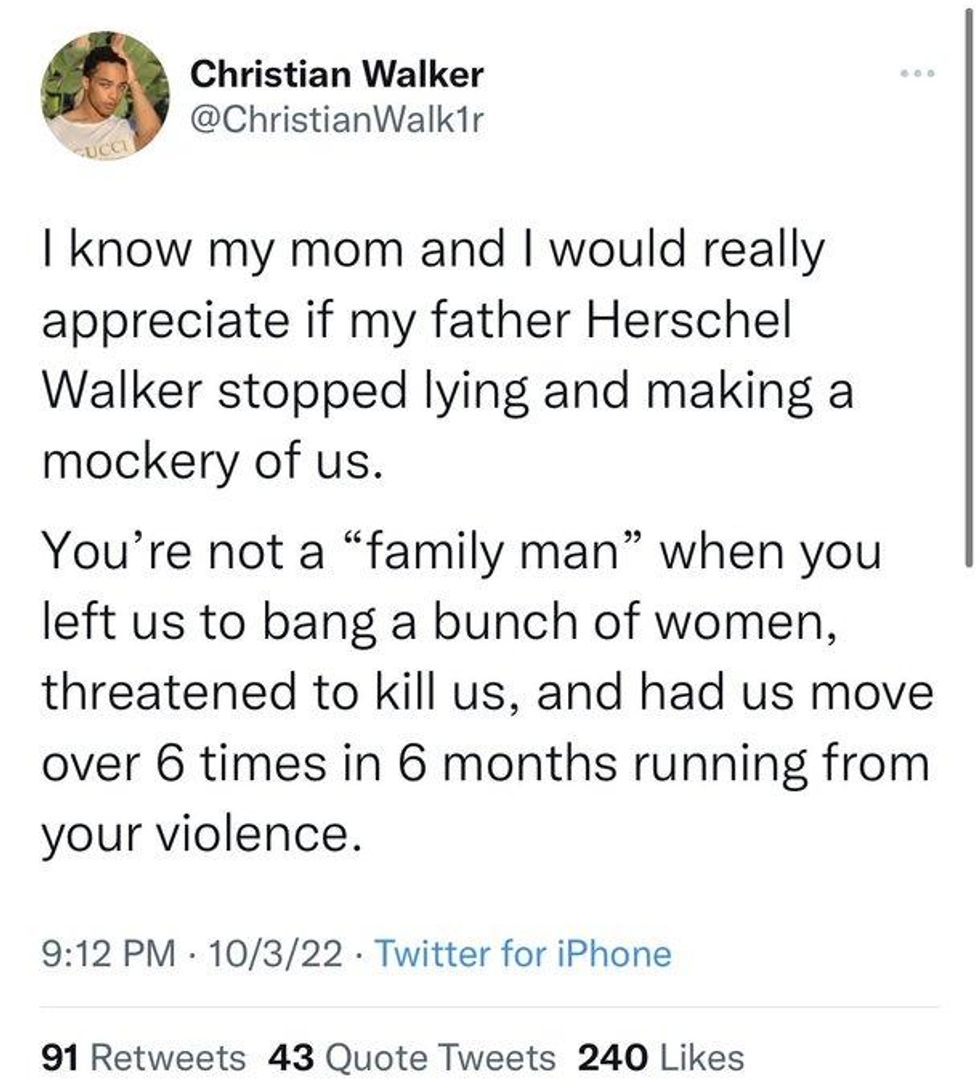 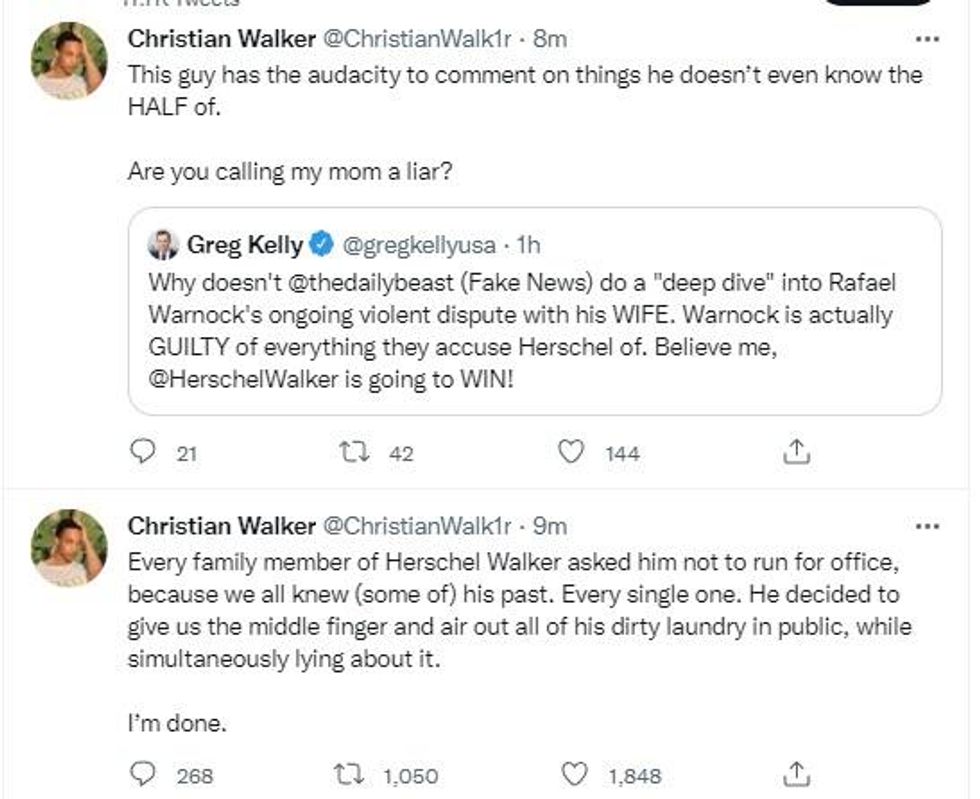 Despite identifying as gay, Christian Walker said that he would support his father in his run for U.S. Senate in Georgia. That changed on Monday evening.

That was the more important piece of the story to Erickson as well.

"I'd largely thought Walker could pull this off despite his baggage," he tweeted. "I'll see what sort of response he mounts, but given text messages tonight, Georgia GOP'ers are praying for Dr. Oz to win. Walker hasn't mounted a good response to any attack, and this is brutal, probably a KO."

It wasn't the abortion story that has Georgia Republicans down in the dumps, he continued.

"It's Herschel Walker's son's Twitter thread that served as the admission against interest for Walker and it's all down hill (sic) from there," he said.

It prompted a lot of commentary from folks who hope the Republicans finally understand that they backed the wrong candidate.

Lawyers for Good Government vice-chair Adam Cohen said: "If this doesn’t get through to the GOP I don’t know what will. Herschel Walker’s son Who has jubilantly taunted liberals while supporting his father has become fed up with the lies And turned on his father-completely. A microcosm of today’s Republican Senate candidates."

Author and columnist Goldie Taylor, who until recently hailed from Georgia, said that the younger Walker has built a whole brand off of his father's run for the U.S. Senate, including a podcast.

"I promise you nobody would give a damn who he was if his father wasn't running for U.S. Senate," she noted. As a longtime communications strategist, she said that the thing that Walker should have done is "huddle with advisers, get a good night's sleep, and hold a presser refuting the charges in the morning with a fresh lawsuit in your hand. If you're going to lie, be strategic ... and well dressed."

The implication is that Walker was neither.