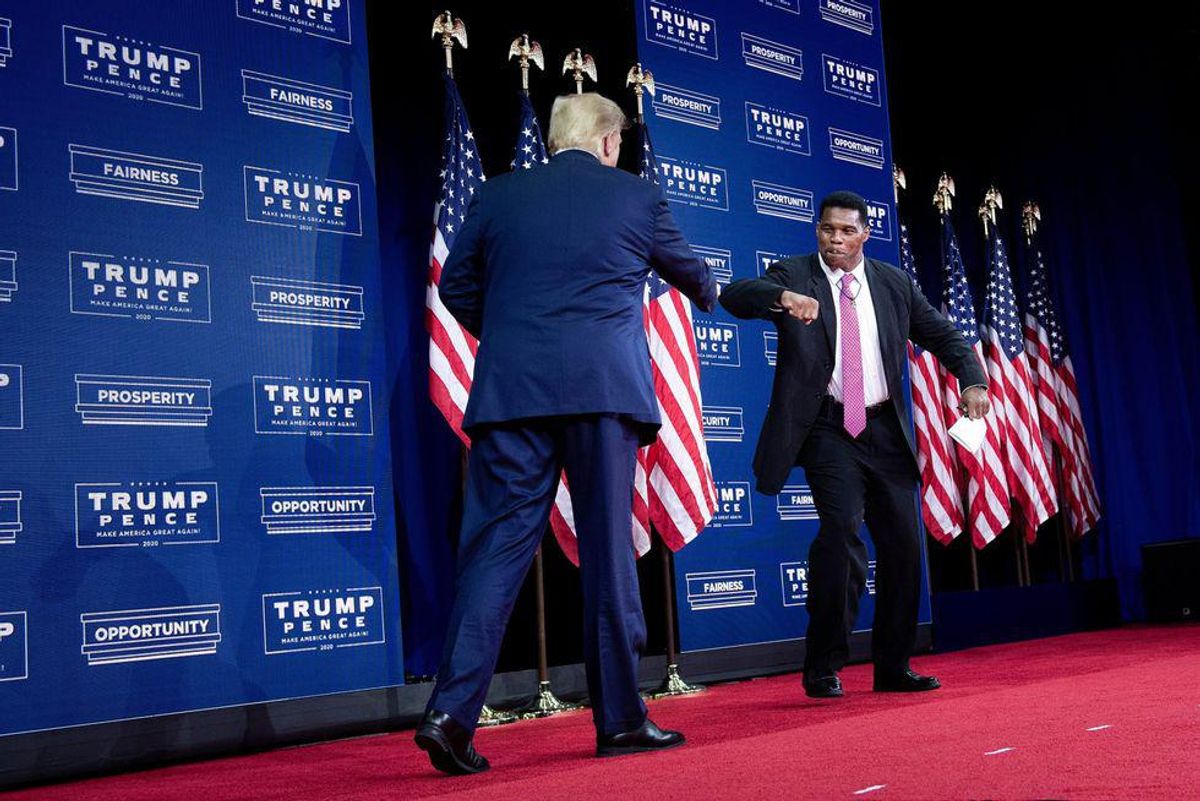 President Donald Trump is greeted by NFL Hall of Famer Herschel Walker during an event for black supporters at the Cobb Galleria Centre in Atlanta on Sept. 25, 2020. - BRENDAN SMIALOWSKI/AFP/AFP/TNS

The wife of Donald Trump's handpicked choice for U.S. Senate voted in Georgia last fall, but she and her husband still live in Texas.

Former NFL and University of Georgia star Herschel Walker is the former president's pick for the 2024 Senate race in Georgia, where his wife Julie Blanchard cast an absentee ballot while living out of state, reported the Atlanta Journal Constitution.

Under most circumstances, it's illegal for nonresidents to vote in Georgia, according to the newspaper.

"If we're residents in both places, is that legally wrong?" Blanchard told the newspaper when asked for comment. "If you have multiple homes, you can't vote where you have a home?"

Residency is based on where a voter's "habitation is fixed," under Georgia state law, and those who move out of state to another residence lose their eligibility to vote there.

Walker, who is considering a challenge to first-year Sen. Rafael Warnock (D-GA) in next year's midterms, railed against alleged voter fraud in November, after Trump lost Georgia and other states needed to win re-election.

"Play by the rule," Walker tweeted, "the American people demand ONLY LEGAL BALLOTS be counted. Anyone manipulating this election should be prosecuted."