Trump's Bedminster neighbors don't want to be associated with him any more: report 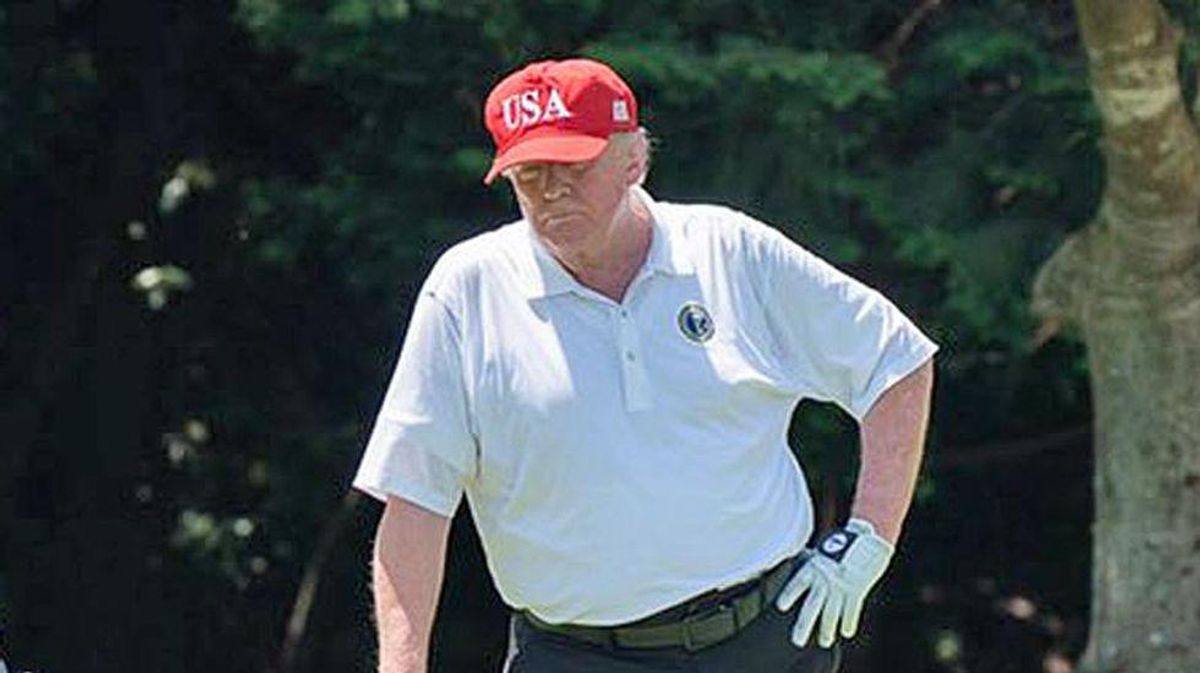 According to a deep dive into what life is like in Bedminster, New Jersey, now that Donald Trump has been evicted from the White House and taken up residence at his golf resort, Business Insider is reporting the former president has become less popular in the local community in the wake of the January 6th insurrection.

One local Democrat who would talk about the former president -- but didn't want his name used due to fear of the "Trump crazies" -- told the Insider's Warren Rojas that many of Trump's biggest boosters in the community have gone silent when his name comes up.

"They started out by saying, 'Well, we're proud to have the president come to our town,'" he explained. "They don't say that anymore."

"They don't want to align themselves with Trump at all," he added.

According to Rojas, "[Trump] hunkers down here about half the year, beelining for Bedminster once his Palm Beach, Florida, property of Mar-a-Lago shuts down for the summer, typically from May to October. A Washington Post report estimates that Trump spent 106 days at his Bedminster club while president, squeezing in nearly three dozen rounds of golf in New Jersey compared with the 230 games he played elsewhere," before adding, "This latest incursion kicked off in May, following months of golf-based postelection self-care in Florida. Stripped of access to Twitter and other social-media platforms, Trump has had to seek out other distractions. In addition to hitting the links at his 36-hole summer hideout, Trump has busied himself by auditioning MAGA-aligned challengers to unleash on the 17 Republicans who voted for either of his back-to-back impeachments and airing grievances to power-hungry acolytes awaiting their 2024 marching orders."

Speaking with Rojas, Steve Parker, who runs the private Somerset Airport, said that "it wasn't like he was going down to the local pizzeria every Friday night," before adding, "We're kind of back to normal here."

According to Sally Rubin, a former GOP committeewoman, "You'd go out and you'd look up and you're like, 'Oh, there's the helicopters,' and then two seconds later, he'd be gone. Occasionally, you'd see very large men who you presume to be Secret Service ordering coffee at Starbucks."

Rojas reports that he attempted to speak with one older man about his famous neighbor and got the cold shoulder instead.

"The retirement-age man, sporting a shock of white hair and a rumpled golf shirt, politely asked whether the seat was taken before plopping down one stool over at the bustling Time to Eat Diner, some 12 miles south of Trump National Golf Club," he reported. "He tuned out the English Premier League game playing out on TV as he pored over the New York Post, with its daily Biden-bashing stories. He glossed over the featured Polish delicacies, which included pierogi, kielbasa, and stuffed cabbage, before ordering an all-American brunch of fried eggs, bacon (extra crispy), and generously buttered rye toast."

"When asked what it was like having Trump around all summer, the sunny disposition he'd displayed earlier quickly faded. His face clouded over. The man polished off the breakfast platter and bottomless cup of decaf coffee in silence — never again making eye contact, even as he shuffled out the door," Rojas wrote before adding, "Was that too personal? Too poignant?"