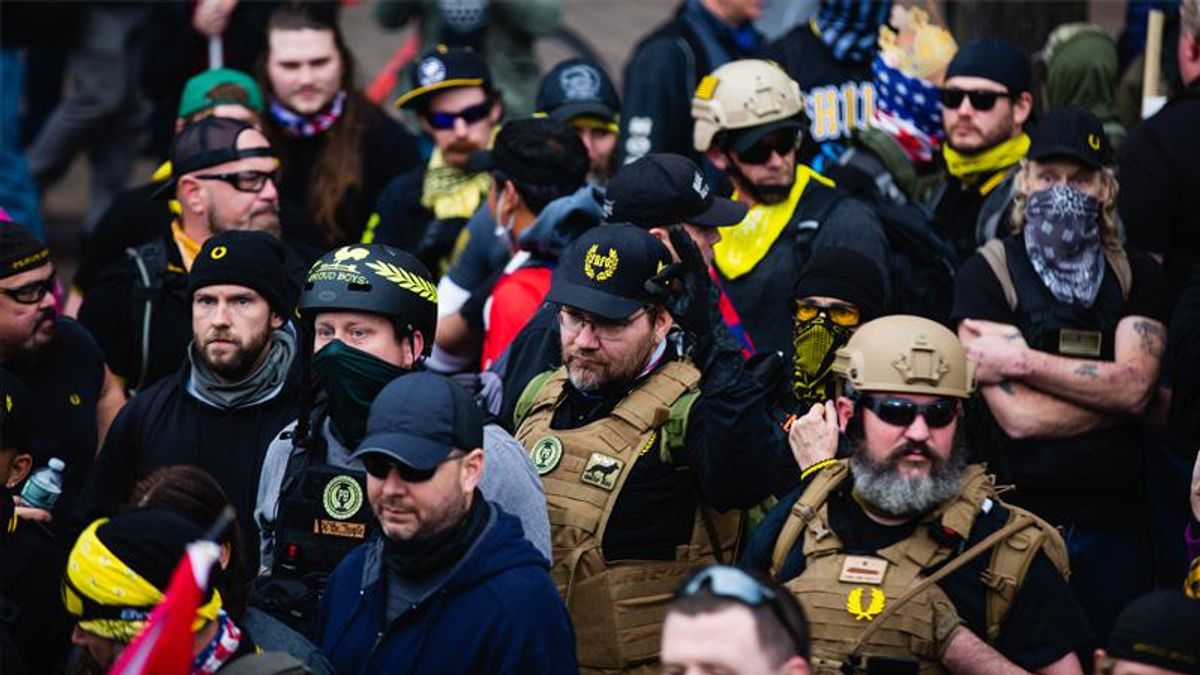 The Biden administration may use private firms to get around privacy laws to monitor domestic extremists.

The Department of Homeland Security is considering a plan to hire outside entities who can legally access private data the government is prohibited from viewing without justification that would help investigators identify threats as they emerge, reported CNN.

"There was only limited awareness before Jan. 6 of what violent extremists were planning through social media," said Tom Warrick, a senior fellow at the Atlantic Council who served as DHS deputy assistant secretary for counterterrorism policy from 2008 until 2019.

DHS is limited from monitoring citizens online and is prohibited from using false identities to access private messaging apps used by the Proud Boys, Oath Keepers and other domestic extremists, but instead must rely on browsing open social media sites such as Facebook and Twitter.

Multiple sources told CNN the agency may partner with research firms that are already monitoring those groups to produce information to assist DHS and the FBI, which cannot monitor U.S. citizens in that manner without getting a warrant or as part of an ongoing investigation.

The administration is concerned, however, between the desire to identify violent threats before they happen and giving investigators powers that could easily be abused.

"There's a tension between wanting to empower [DHS's intelligence office] to do this kind of work around domestic terrorism on the one hand and then on the other hand the misuse of its capabilities during the summer of 2020, gives a lot of people on the Hill pause [when it comes to] potentially giving them new authorities, capabilities or resources," a Senate aide told CNN.