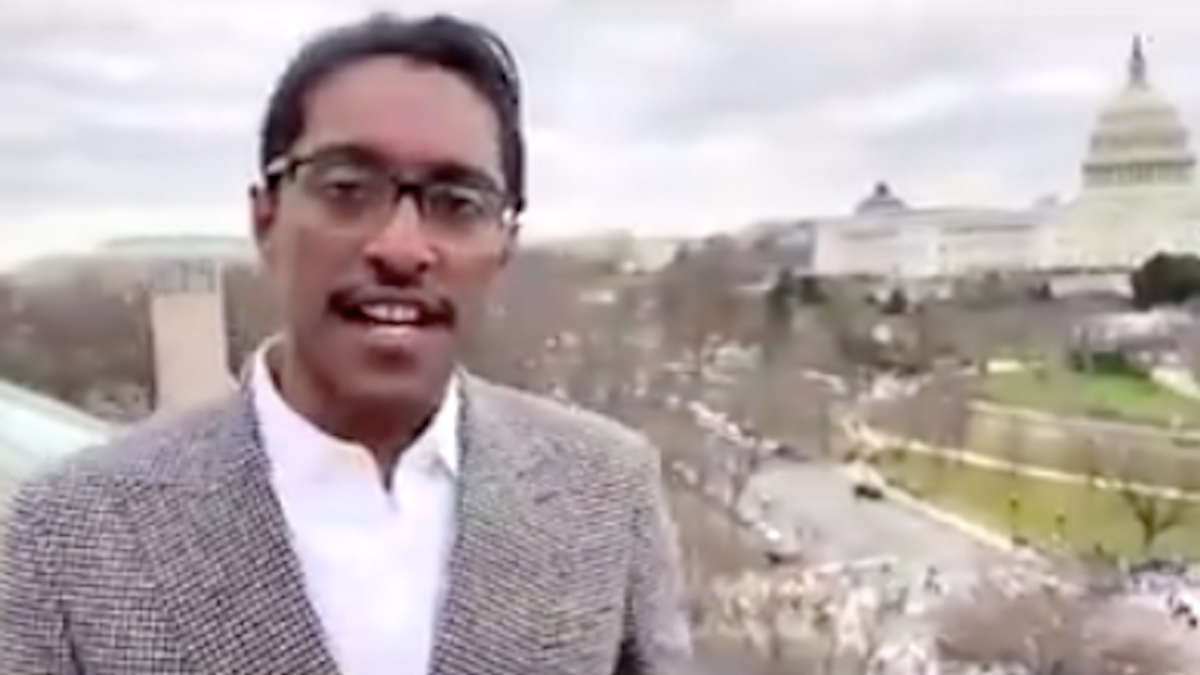 One of the organizers of last week's "Stop the Steal" protest -- which then spilled over into a violent assault on the U.S. Capitol -- claims three Republican congressmen helped plan the whole thing.

Right-wing activist Ali Alexander said he and the GOP lawmakers -- whom he identified as Reps. Andy Biggs (R-AZ), Mo Brooks (R-AL) and Paul A. Gosar (R-AZ) -- planned the protest as a means to put pressure on Congress to reject the certification of Joe Biden's election win, reported the Washington Post.

"We four schemed up of putting maximum pressure on Congress while they were voting," Alexander said in a video that has since been deleted. "[We hoped to] change the hearts and the minds of Republicans who were in that body, hearing our loud roar from outside."

Alexander, who pleaded guilty more than a decade ago to property theft and credit card abuse, organized the "Stop the Steal" movement aimed at overturning Trump's election loss, announced plans for the Jan. 6 protest last last month, and he suggested the president's supporters try to disrupt the certification by storming the Capitol.

"Everyone can guess what me and 500,000 others will do to that building," Alexander tweeted in December, according to The Daily Beast. "1776 is *always* an option."

A spokesman for Biggs insists the congressman had never knowingly been in contact with Alexander, who is also known as Ali Akbar, and neither Brooks nor Gosar responded to requests for comment.

However, video and social media posts suggest Alexander has ties to all three Republicans, as well as the White House.

Alexander took part in a "social media summit" in July 2019 at the White House, and Gosar described him as a "true patriot" after they both spoke at a "Stop the Steal" rally Dec. 19 in Phoenix, where Alexander led the crowd in a chant of "1776."

"We will not go quietly," Alexander said there. "We'll shut down this country if we have to."

Alexander played a video message at that event from Biggs, who called him a "friend" and "hero" and vowed to challenge Biden's electoral win in Congress.

"When it comes to Jan. 6, I will be right down there in the well of the House with my friend from Alabama representative Mo Brooks," Biggs said in the recording.

Trump retweeted a post from Alexander, which included Biggs' message, on Dec. 26.

A Biggs spokesperson told CNN the lawmaker had recorded the video at the request of Gosar's staff.

Alexander told the Post that he "remained peaceful" and disavowed the riot, but the newspaper pointed out that he posted video of himself about two hours after the Capitol was breached expressing support for the violence that was unfolding.

"I don't disavow this," he said in the video. "I do not denounce this."
SmartNews
Report typos and corrections to: corrections@rawstory.com.
READ COMMENTS - JOIN THE DISCUSSION