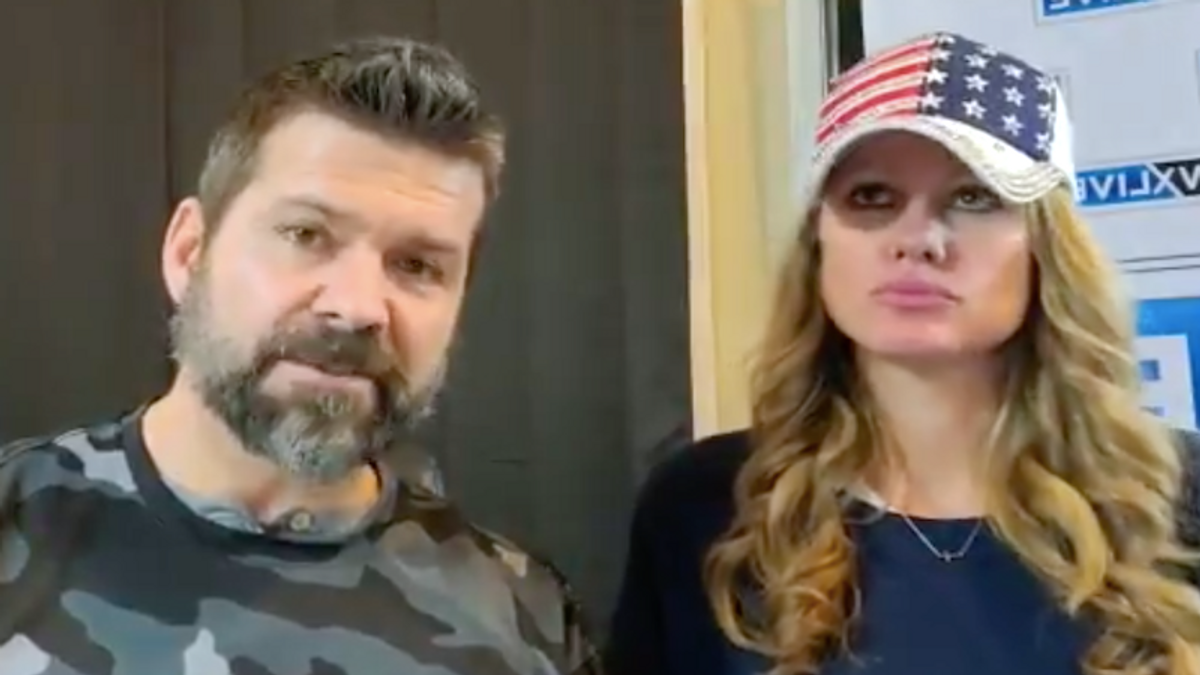 A New York weatherman fired two years ago for mispronouncing Martin Luther King Jr.'s name as a racial slur has reinvented himself as a purveyor of right-wing disinformation.

Jeremy Kappell sued WHEC-TV and the Rochester mayor who called for his firing for using the word "coon" in reference to the slain civil rights leader, but both cases were dismissed, and now the 45-year-old and his wife push conspiracies that have landed them in new trouble on Facebook, reported the Democrat & Chronicle.

"We've been in a little bit of Facebook trouble in the last few weeks," Kappell said. "We're hoping to get out of Facebook jail."

Kappell and his wife Lisa run the WxLIVE website, which lists three local advertisers, that was endangered by changes to Facebook's policies on highly partisan content and the shutdown of the Parler platform popular with President Donald Trump's supporters.

"When they call it the Deep State and when they call it the New World Order … until a year or two ago, I thought it was still sci-fi," Kappell said during a Facebook live video, to give some idea of the site's slant. "I certainly didn't become convinced until this past year, looking to see how they're all coming together to do everything they possibly can to remove this president."

Kappell also took part in the pro-Trump protest last week in Washington, D.C., that turned into a violent assault on the U.S. Capitol as Congress certified Joe Biden's election win -- which he characterized as a violent plot against the president by congressional Democrats.

"They are literally trying to murder the president of the United States, or they're trying to get him killed," Kappell told around 1,000 viewers Sunday. "If he loses diplomatic immunity, you can say goodbye to Donald Trump and maybe the whole Trump family, because there's a lot of bad guys coming for them."

"I don't not believe that," Kappell said about that conspiracy theory. "We may be looking at revelation like we've never seen before."

Kappell and his wife agree that too many Americans have been "brainwashed" by the media, which they claim is the real source of misinformation.

"I'm starting to think the mainstream media is our biggest enemy," Lisa Kappell said. "I don't watch the news. Me and Jeremy, we do our own research."

Tomorrow will be a defining moment, not just for the US, but for WORLD HISTORY.

How will the eyes of justice look back at this moment years from now??