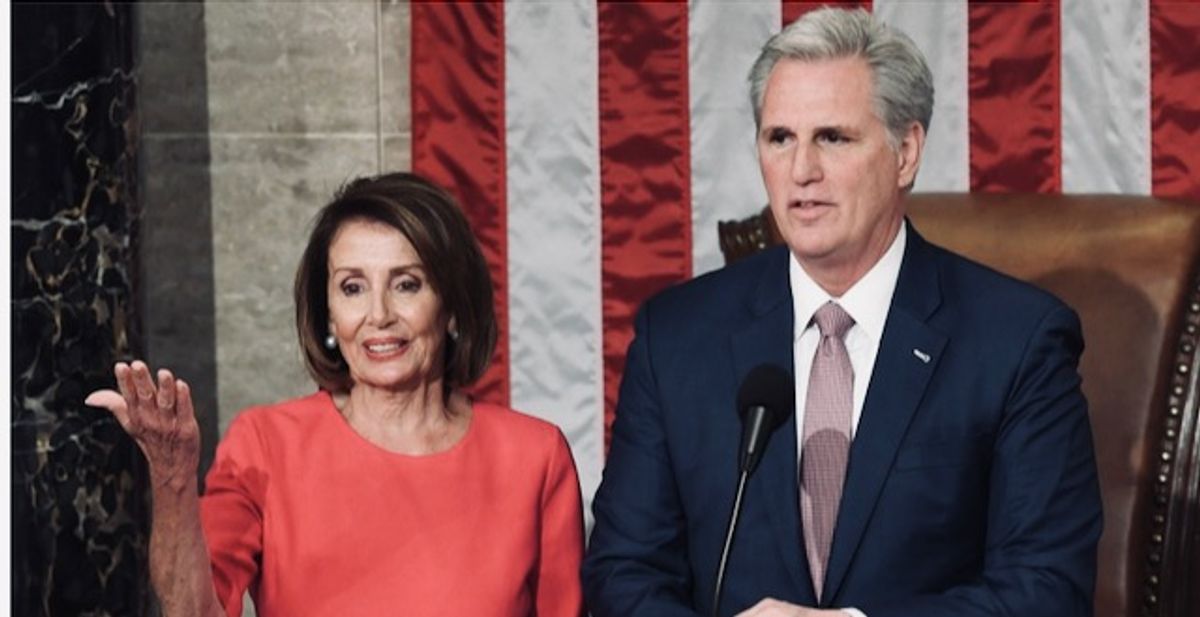 CNN.com has a running list of elected officials calling for President Donald Trump to be impeached. But on Thursday, House Speaker Nancy Pelosi and Senate Minority Leader Chuck Schumer said that they had been reaching out to Vice President Mike Pence to encourage him to invoke the 25th Amendment.

Now the House is making an official call for Pence to remove Trump from power, CNN reported. To invoke the 25th Amendment, a majority of the Cabinet members and the Vice President would have to vote to remove Trump, saying that they don't have confidence in his ability to fulfill the duties of his office.

Section 4 is the piece of the Amendment that most are looking to as a guide. It allows "the vice president and a majority of the president's cabinet or a group designated by Congress to declare in writing to the Senate president pro tempore and House speaker that the sitting president is unable to perform the duties of the office," explained the Constitution Center.

Presumably, that means that since Cabinet officials have resigned, leaving only "acting" members, those "acting" officials weren't "designated by Congress," so they wouldn't be allowed to vote.

Bloomberg News said Sunday, however, that Trump doesn't believe that Pence will actually enact the 25th Amendment, despite claims that he was considering it. Regardless of Pence, however, the House intends to move forward with impeachment on Monday. If the 25th Amendment was involved, Trump could still run for another term in 2024, where if he was impeached, Congress would decide whether or not he could run again. Blocking Trump from running in 2024 would give ambitious Senators like Josh Hawley (R-MO) and Ted Cruz (R-TX) Trump's coalition of voters.

"Pelosi said Sunday the House will attempt to pass a resolution by unanimous consent Monday morning calling for Vice President Mike Pence and President Donald Trump's Cabinet to invoke the 25th Amendment and remove Trump from office -- her first time definitively saying the House will move to impeach him," the CNN report read.

If the demand doesn't pass by unanimous consent on Monday, Pelosi intends to call it for a roll-call vote on Tuesday.

"Next," Pelosi said, "we will proceed with bringing impeachment legislation to the Floor."

Impeachment would be necessary for any objections to President Trump's planned pardons in the final days of his presidency.