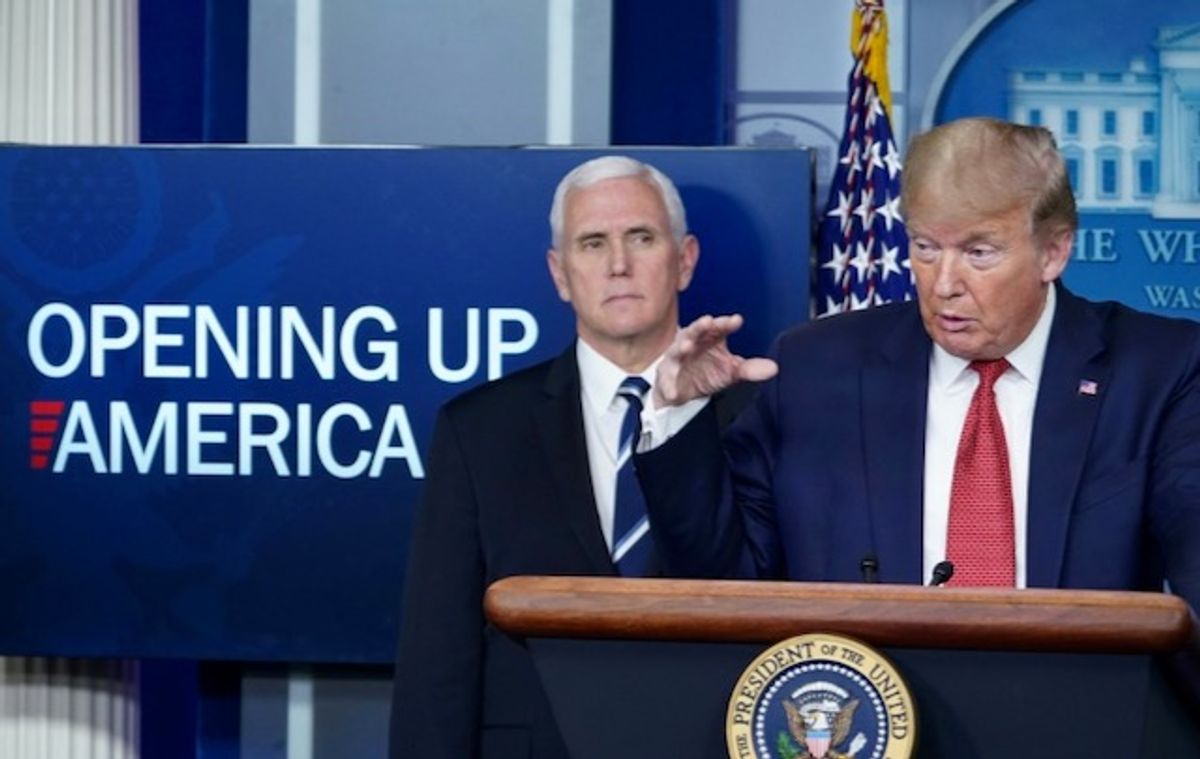 Vice President Mike Pence said that declaring the 25th Amendment and removing President Donald Trump from office isn't off the table, but his boss seems to think the opposite.

Bloomberg News said Sunday that Trump "is confident Pence and members of his cabinet won't attempt to remove him under the 25th Amendment," the report said, citing people familiar with the matter.

"Pence is dismissive of the idea of trying to use that authority to drive Trump from office," Bloomberg cited a source. It's been the opposite of previous reports saying Pence was considering the 25th Amendment. It's unclear why Pence or his allies would choose to mislead Americans, other than to buy time for Republicans who will be faced with an impeachment vote that could damage them regardless of their position.

A Trump adviser called impeachment a "political gift" for him, but if Trump is impeached again and removed from office, he is unable to run for office again in the future unless allowed by Congress.

"Pence hasn't discussed the 25th Amendment beyond privately dismissing the approach as not feasible, according to a person familiar with the matter," the report said. That flies in the face of what Pence has said about considering the 25th Amendment.

The Tulsa World quoted Sen. Jim Inhofe (R-OK), saying that he's never seen Pence as angry as he was this past week when the president began attacking him, claiming he lacked "courage." Trump and Pence haven't spoken since the riot on Wednesday.

House Speaker Nancy Pelosi and Senate Minority Leader Chuck Schumer both said that they've been trying to reach Pence to encourage him to use the 25th Amendment to remove the president. Pence hasn't answered.

Read the full report from Bloomberg.