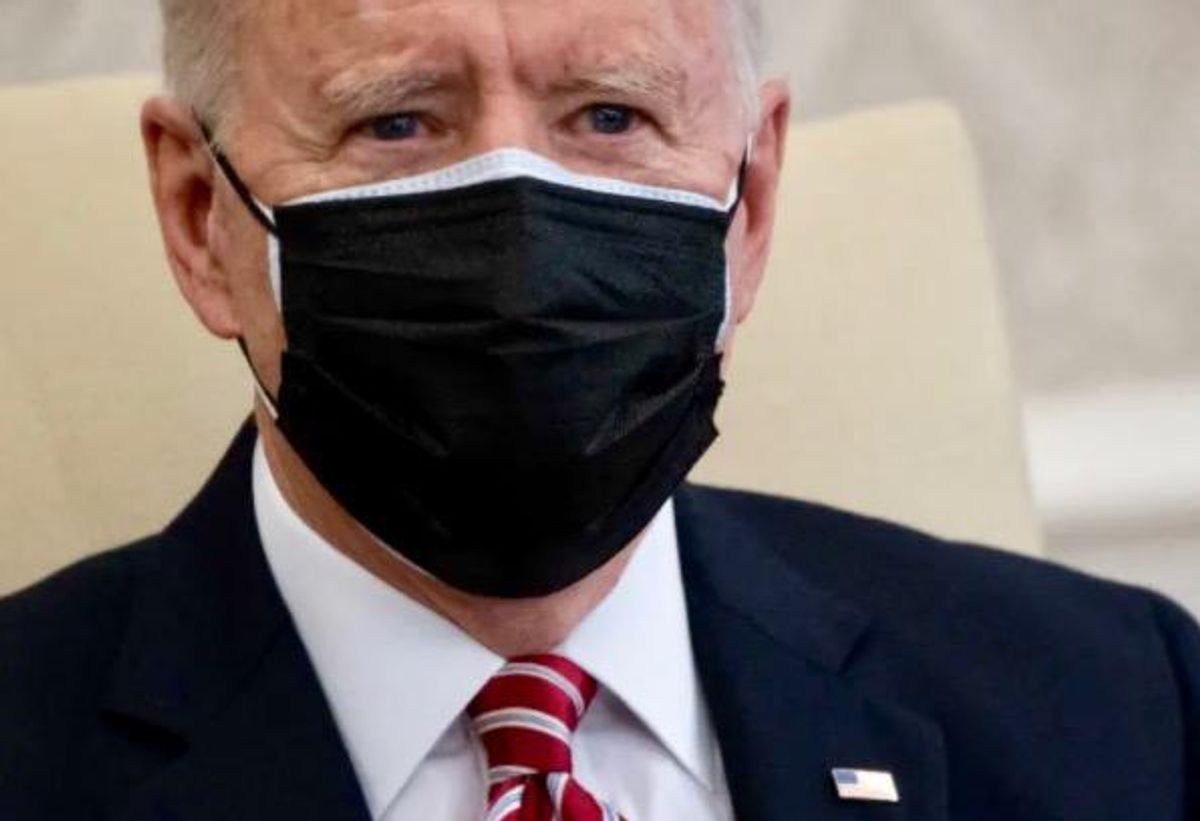 With the backing of three-quarters of the U.S. public but not a single Republican member of Congress, the House of Representatives on Wednesday passed a $1.9 trillion coronavirus relief package that would send direct payments to around 280 million people, extend emergency unemployment programs, slash child poverty in half with a year-long expansion of the child tax credit, and boost funding for vaccine distribution.

The legislation, dubbed the American Rescue Plan, now heads to President Joe Biden's desk. The president, who is expected to sign the bill into law on Friday, said over the weekend that eligible Americans can expect to start receiving direct relief payments later this month.Just one House Democrat, Rep. Jared Golden of Maine, voted against the relief package.

While lacking provisions that outside groups and congressional progressives fought for—most notably an increase in the federal minimum wage to $15 an hour, which was removed by the Senate—advocacy organizations applauded the legislation in its entirety as a desperately-needed measure that will help alleviate widespread economic suffering and accelerate progress in the fight against the coronavirus pandemic.

"We look forward to President Biden signing this far-reaching bill as soon as possible so we can get emergency aid into the pockets of low-income and working class people who need it most," George Goehl, director of advocacy group People's Action, said in a statement. "Our fight is far from over."

Goehl called on Democrats to use the reconciliation process—thereby avoiding the need for support from obstructionist Republicans—"to pass recurring cash benefits and unemployment insurance linked to economic conditions, raise the minimum wage, cancel rent and rental debt, and put us on a path to recovery that is just and sustainable."

The Tax Policy Center estimates that the American Rescue Plan will increase the after-tax incomes of the poorest quintile of Americans by more than 20%. An analysis by the Urban Institute released Wednesday finds that the legislation's extension of key unemployment programs through Labor Day, boost to nutrition assistance, direct payments, and expansion of the child tax credit will collectively "reduce the projected poverty rate for 2021 by more than one-third."

Under the relief legislation, the average family of four will receive $5,600 in direct payments alone—$1,400 per adult and adult dependent as well as $1,400 per child—at a moment when 14% of U.S. adults with children are struggling to put food on the table.

"This relief bill is the difference between dignity and despair for millions of America's working families," said Sen. Bernie Sanders (I-Vt.). "And yet, not a single Republican—the so-called 'party of the working class'—voted for it! The Republicans have turned their backs on the needs of working families."

After debate over the measure was briefly delayed Wednesday morning by Rep. Marjorie Taylor Greene's (R-Ga.) failed motion to adjourn the session, Rep. Ro Khanna (D-Calif.) said on the House floor the American Rescue Plan is "historic because it buries the myth that the cause of childhood poverty is a lack of character, or a lack of hard work, or a lack of love."

"The bill affirms the simple truth that the cause of poverty is a lack of income to cover basic necessities," said Khanna. "No child in America should be deprived of food, of medicine, of clothing, or of education because of the accident of birth. That is what this bill stands for. It represents and marks an ideological revolution on behalf of justice."

On top of its robust support for children, the nearly $2 trillion relief package would also give "seniors' health and economic security a much-needed boost," said Max Richtman, president and CEO of the National Committee to Preserve Social Security and Medicare.

"Millions of Social Security beneficiaries will be eligible for $1,400 stimulus payments to keep their heads above water financially," Richtman noted. "The legislation also contains crucial new funds for vaccinations, testing, and safer nursing home care... The passage of this landmark legislation is a great moment for all Americans who have struggled to survive and stay financially afloat during this pandemic, especially seniors, people with disabilities, and their families."

Rep. Don Beyer (D-Va.) said in a floor speech Wednesday that by passing the American Rescue Plan, Congress is freeing up "the resources needed to end the pandemic that has killed 527,000 Americans."

"Today we lift millions of American children out of poverty. Today we make an investment to get our children back to school safely. Today we authorize economic impact payments to millions of our citizens behind on their rents and car payments and unable to buy groceries," said Beyer. "Today we reject the social Darwinism of our Republican friends. We reject the ethic of every man, woman, and child for themselves."