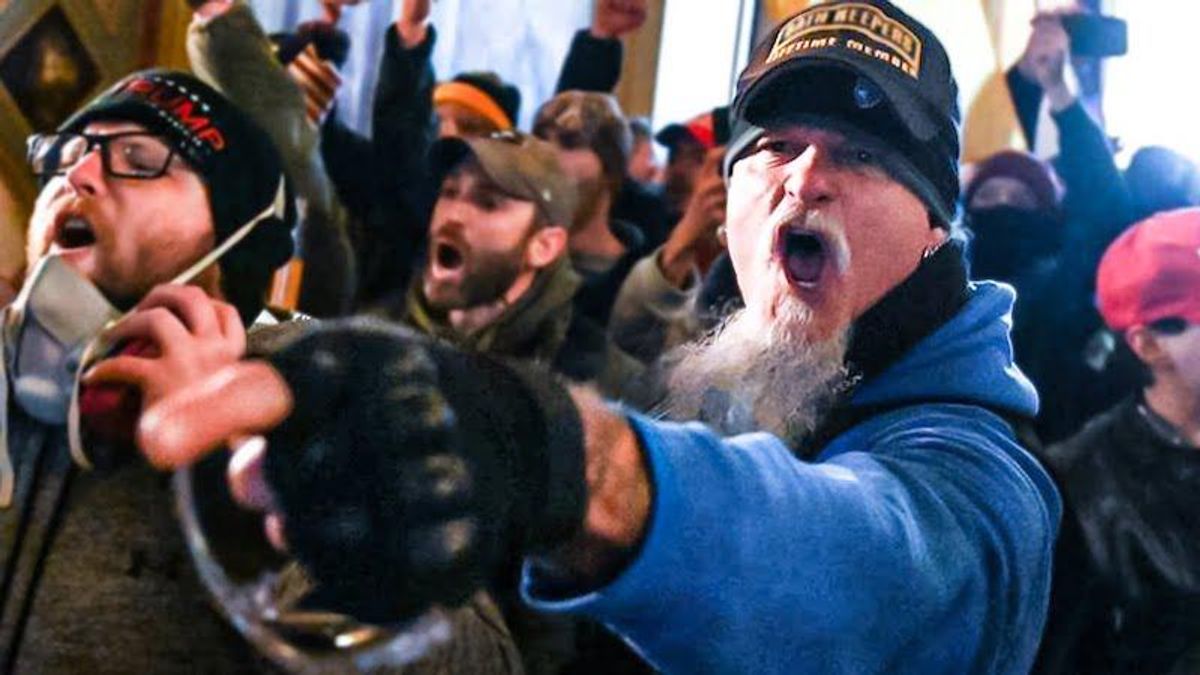 The plea agreement in the first publicly entered guilty plea from the Jan. 6 insurrection may help prosecutors unravel the plot to overturn Donald Trump's election loss.

Heavy metal musician Jon Ryan Schaffer, a "founding lifetime member" of the paramilitary Oath Keepers organization, agreed to cooperate with investigators as part of his guilty plea, which was then accidentally made visible on the federal court's online records system, wrote former FBI official Frank Figliuzzi in a column for MSNBC.

"That means a long-time Oath Keepers veteran has been 'flipped,'" Figliuzzi wrote. "This only happens when prosecutors care more about the information a defendant can provide than about nailing him with a maximum sentence. There are at least three reasons why this guilty plea, in this investigation, from this defendant, may become the gift that keeps on giving as prosecutors seek to hold accountable those responsible for the attack on our democracy."

Schaffer's cooperation may be so potentially devastating against the right-wing extremist group that prosecutors say they would sponsor him for the witness protection program, and Figliuzzi highlighted some of the evidence the founding member might be able to reveal.

"Exposing who amongst our guardians of democracy are secretly conspiring against it would be invaluable to countering the most organized and capable within the violent extremist movement," Figliuzzi wrote. "Shaffer could also potentially disclose how the Oath Keepers group is funded or directed by current or former political leaders, advisors or government officials. This could allow prosecutors to charge people in powerful positions who may have helped finance and plan the Capitol riot."

He might be able to unravel the coordination between the Oath Keepers and similar groups, including the Proud Boys, in planning the Capitol insurrection, of which prosecutors have already presented evidence in court.

"Shaffer's knowledge of any coordination between violent extremist groups would prove helpful in furthering what prosecutors call an 'enterprise theory' of investigating organizations," Figliuzzi wrote. "That approach asserts that the criminal acts of group members aren't isolated events but are committed in support of the organization itself. This approach allows the government to dismantle criminal enterprises through asset forfeiture, seizures and other techniques. Shaffer's knowledge of a relationship between the Oath Keepers and the Proud Boys could, in effect, help investigators take down the proverbial two birds with one stone."

The Oath Keepers founder might also be able to link the former president and his allies to the plot to violently overturn the election.

"With a prominent Oath Keeper-turned plea bargain deal-maker, many in Washington might have cause for concern," Figliuzzi wrote, "and prosecutors are just beginning their work."