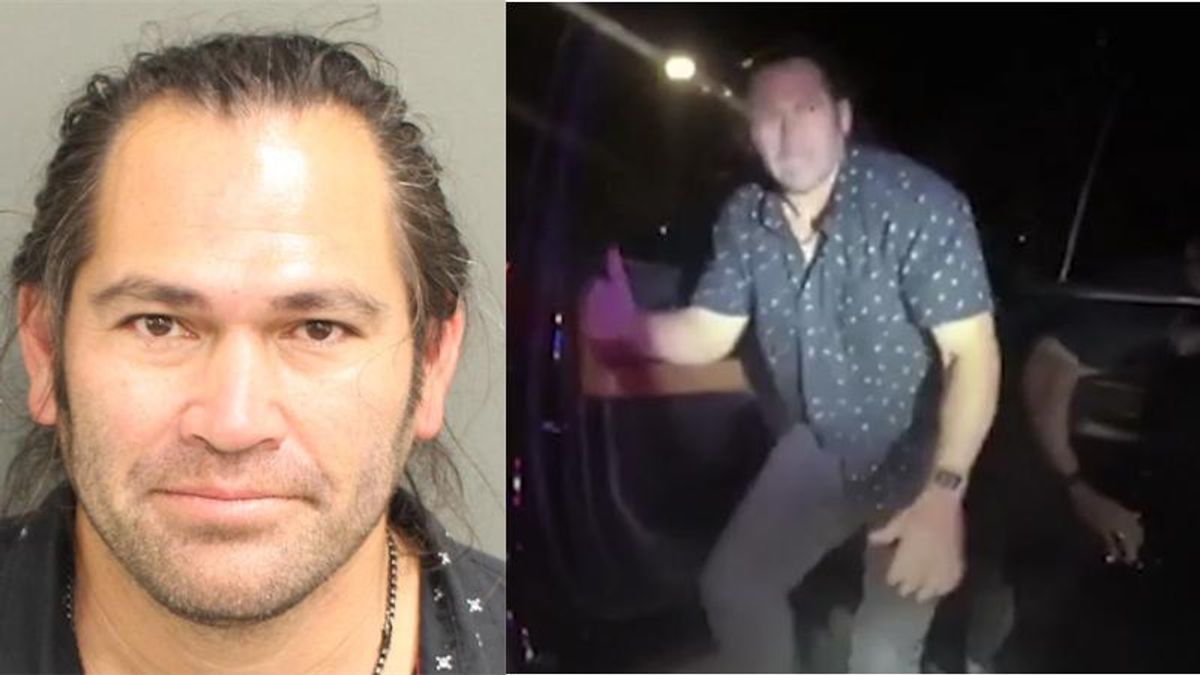 In police body-cam video obtained by WKMG, former New York Yankee and Boston Red Sox star Johnny Damon is seen slurring his words and stumbling after he was pulled over by Florida police during a DUI stop that showed his blood alcohol level at a stunning 0.30.

During the February 19 pullover in Windermere, Florida, Damon is seen getting out of his car and telling police officers he was "just trying to get home."

While being asked to perform some simple tests to judge his inebriation level, the former baseball All-star told the arresting officer, "Hey, bro, I'm a good f*cking guy. I know people are trying to target me because I'm a Trump supporter," before adding, "Believe me, I am Blue Lives Matter... What are you doing right now? We are all for cops. Guys, we are all for cops."

Before cuffing Damon -- which is documented at the end of the body-cam video -- officers can be seen dealing with Damon's wife, Michelle Mangan-Damon, after she jumps out of the SUV to confront them.

Damon has pleaded innocent and his case is pending.