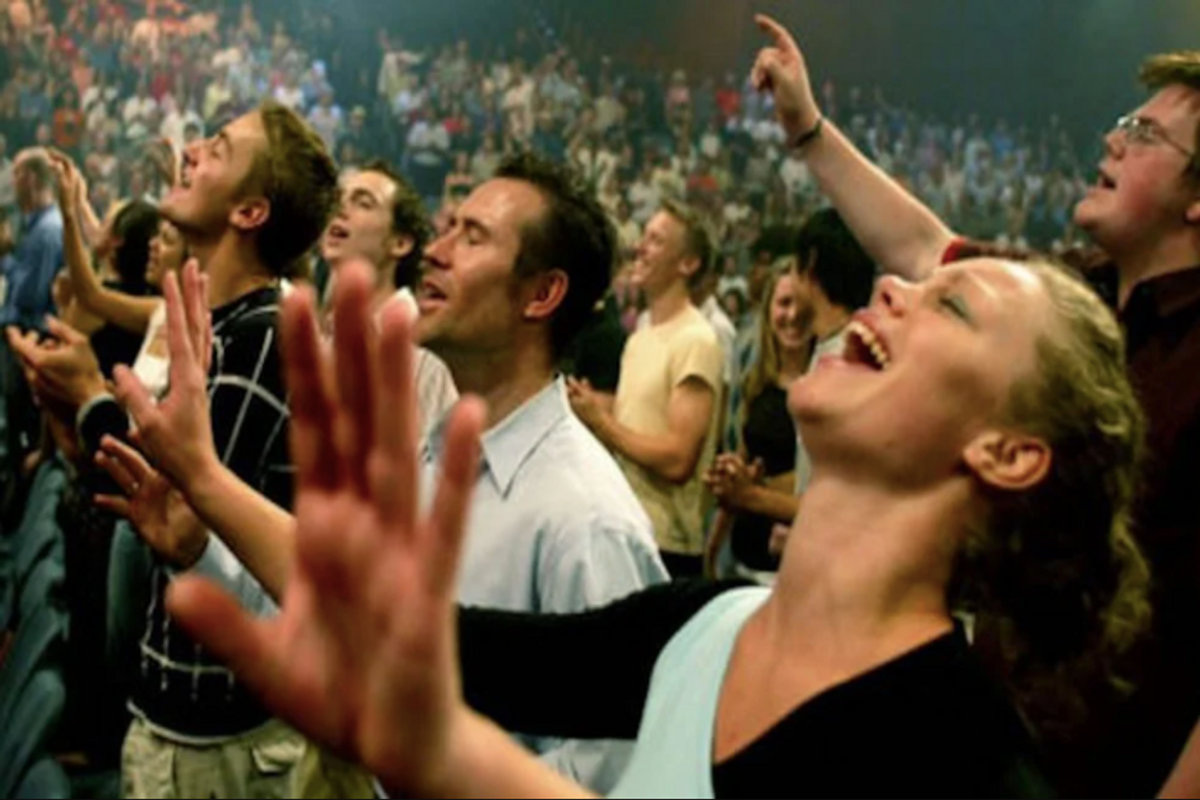 Even before the coronavirus pandemic, attendance in churches was falling, Gallup polls show. Now it appears one group is taking on other measures to capture a loyal flock. MSNBC reported that one group is appealing to supporters of President Donald Trump for a whites-only church community.

The report recalled the Asatru Folk Assembly, devoted to the Norse pantheon in their building in California. "Hail the Gods! Hail the Folk! Hail the AFA!" it says on the church. The all-white flock celebrates "a solid spiritual force for our ethnic European folk" and encourages "traditionally-minded sons or daughters of Europe" to join, their website says.

Now they're branching out to a small Minnesota town of Murdock, where those who want to live without people of color. While the Viking Brotherhood began as a romantic celebration of Viking myths and culture, it has grown into an "explicitly racist endeavor."

In an interview, religious scholar Matthias Gardell explained that in their belief, the blood of gods and goddesses are encoded into the DNA of the ancestors of the ancients." So, people of color somehow denigrate their purity. The science geneticists work with appears to be lost on the church. During the Viking Age, the population of Scandinavia was largely pagan, BBC explained.

The report cites an antiracist group that has grown out of Murdock residents who don't support the beliefs. They call themselves the Heathens against Hate. But at a time when angry Trump supporters are calling for secession from the United States, they're also looking for a spiritual body that reinforces their far-right beliefs.

"It's tempting to believe that this white supremacist religion is foreign, alien to mainstream America, with its Germanic terms and rites of worship," the report said. "But the truth is that one church in a Minnesota town used for the worship of whiteness is little compared to a whole swath of the country — 76 percent of Republicans — who have lost their faith in democracy and replaced it with a faith in Trump."

While the abolitionist movement was able to flourish by appealing to Christian beliefs, these worshipers are looking for something that seems to appeal more to Trump's faith than faith in God.