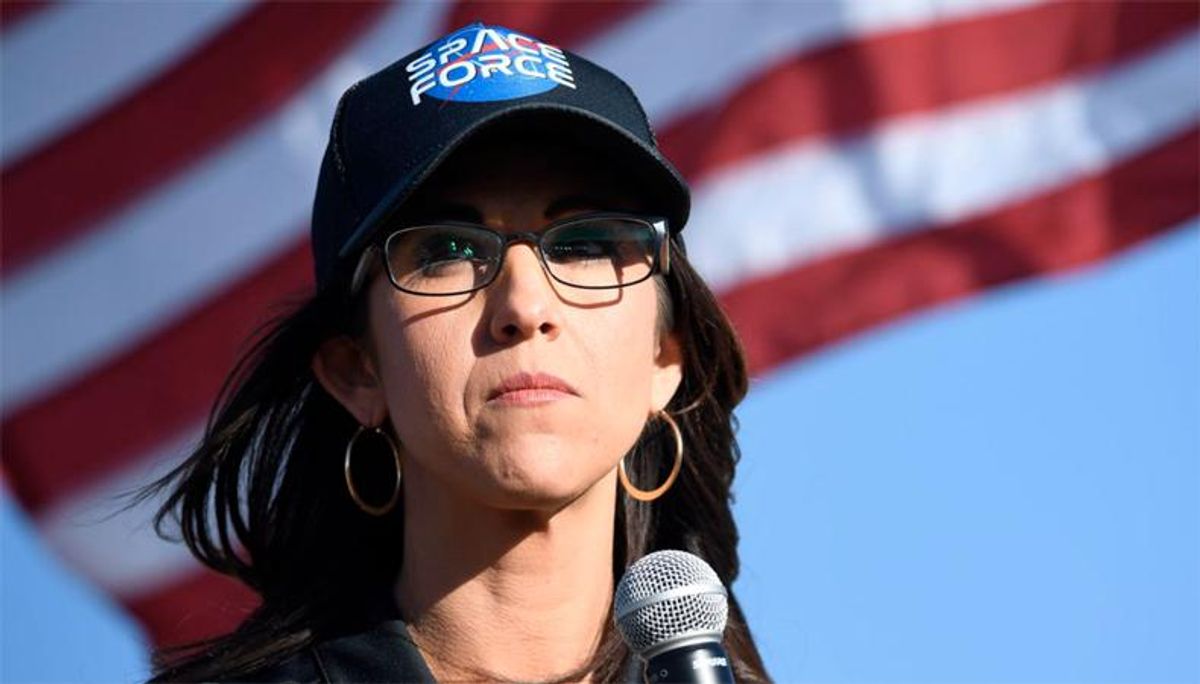 Washington Rep. Pramila Jayapal, chair of the Congressional Progressive Caucus, is demanding an investigation into three House Republicans to examine what she described as their "active roles" in provoking and aiding the deadly January 6 assault on the U.S. Capitol.

In six separate letters sent Wednesday to the House Ethics Committee and Office of Congressional Ethics, Jayapal (D-Wash.) called for probes into Reps. Lauren Boebert (R-Colo.), Mo Brooks (R-Ala.), and Paul Gosar (R-Ariz.) to determine the extent of "their involvement in the deadly attack on the Capitol."

"It is critical for the functioning of Congress—and therefore the functioning of our democracy—that this investigation is conducted," wrote Jayapal. "I urge the House Committee on Ethics and the Office of Congressional Ethics to thoroughly investigate Representatives Boebert, Brooks, and Gosar's conduct, and refer any appropriate findings to the Department of Justice."

Jayapal's letters point to specific conduct by the three House Republicans—each of whom voted to overturn the results of the November election—that could constitute active assistance of the January 6 insurrection, over which former President Donald Trump was impeached.

"Five minutes after insurrectionists first breached the Capitol, Representative Boebert tweeted from inside the House chamber, 'We were locked in the House chambers' at 2:17 pm," Jayapal wrote (pdf), detailing just one of several examples. "She then tweeted a minute later, 'Speaker has been removed from the chambers.' She was one of only two members, the other being Representative Mo Brooks (Ala.), who tweeted the location of Speaker Nancy Pelosi."

As the Washington Post reported days after the January attack, Reps. Steve Cohen (D-Tenn.) and John Yarmuth (D-Ky.) recounted that they both witnessed Boebert "with a 'large' group in a tunnel connected to the Capitol days before the attempted insurrection that left four rioters and one police officer dead."

"We saw Boebert taking a group of people for a tour sometime after the 3rd and before the 6th," said Cohen. "Now, whether these people were people that were involved in the insurrection or not, I do not know."

In an appearance on CNN late Wednesday, Jayapal said that while her letters offer evidence that's already public knowledge, "I think there's a lot of private evidence... that we haven't seen yet."

"The House Ethics Committee and the Office of Ethics will be able to look at all of the evidence and make a determination on the conduct of these individuals," said Jayapal. "Having people who say the things that have been said, who go to the kinds of events that they go to, promote the ideas and conspiracy theories that they promote is dangerous for all of Congress."