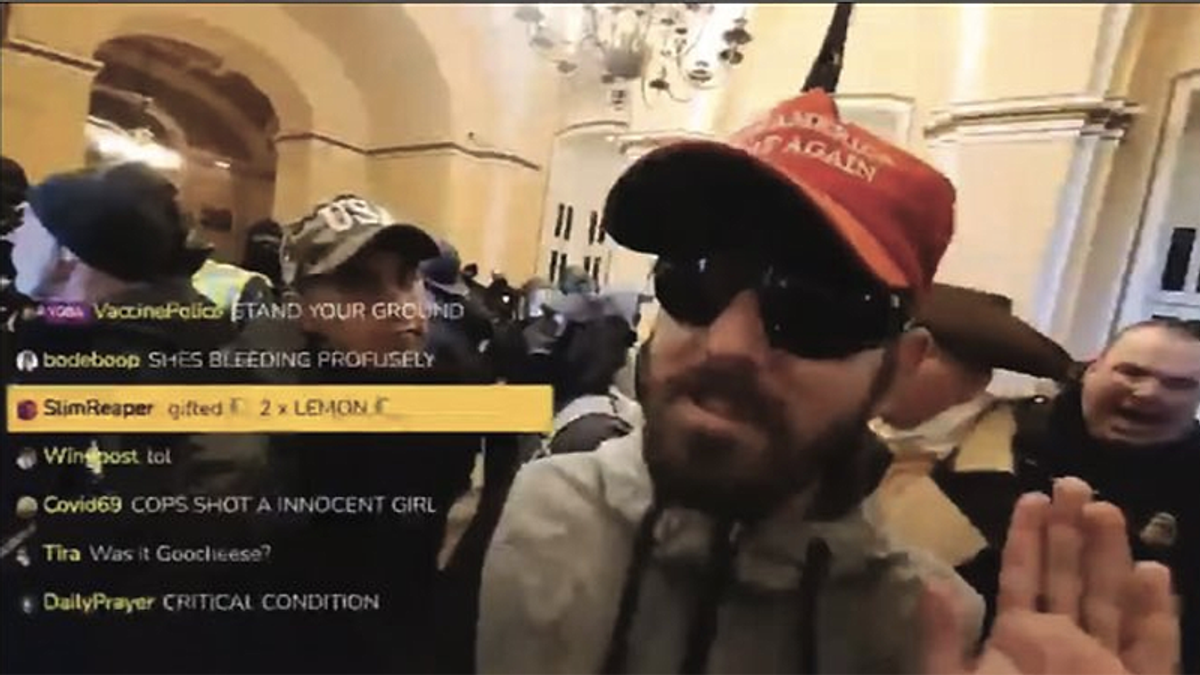 "During the execution of the search warrant, FBI learned that at least one individual in the residence believed they had COVID-19. When FBI asked the defendant if he was positive for COVID-19, the defendant refused to answer the question. The defendant additionally refused to take a COVID-19 test and refused to wear any personal protective equipment," said the court documents.

Goodwyn, a member of the Proud Boys, was arrested and charged not long after the attack on the U.S. Capitol. The FBI statement of facts explained that while Goodwyn was in the Capitol he was called "sfthoughtcriminal" by Anthime Gionet who is also known as "Baked Alaska.'"

He's captured on video wearing dark glasses and a MAGA hat, complaining about Gionet "doxing him." When an officer directed him out of the building, Goodwyn called him an "oathbreaker" and yelled for other attackers to get the officer's badge number.

See the screen capture below: