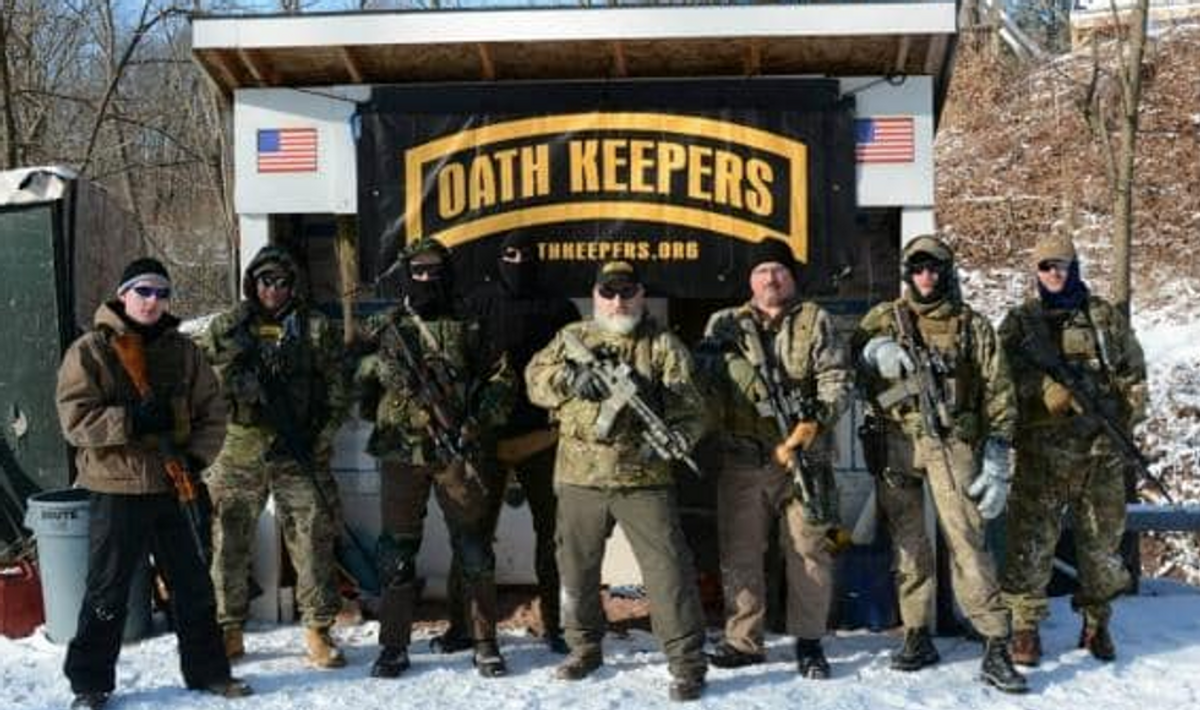 "As you will see, after a cursory investigation, we uncovered evidence that a range of groups may be making misrepresentations in their tax filings in order to secure tax-exempt status in the first instance; engaging in self-dealing by paying their leaders excessive salaries; and/or diverting funds to enrich friends and family members at the expense of the tax-exempt entity itself," Greenblatt explained in his letter.

"In addition, hateful groups with tax-exempt status may be using that status to raise money for violent and/or illegal purposes. In the days leading up to the U.S. Capitol insurrection, for example, Oath Keepers' founder Stewart Rhodes appeared on a podcast to solicit donations to the Oath Keepers Educational Foundation, a 501(c)(3) whose stated purpose on filings is to 'give veterans an opportunity for continued involvement in community service.' Of course, this entity is not in the business of community service. The Oath Keepers is a heavily armed anti-government extremist group, actively recruiting members of law enforcement," Greenblatt explained.

The letter was addressed to Sunita Lough, the deputy commissioner for services and enforcement along with Robert Malone, the director of exempt organizations and government entities. 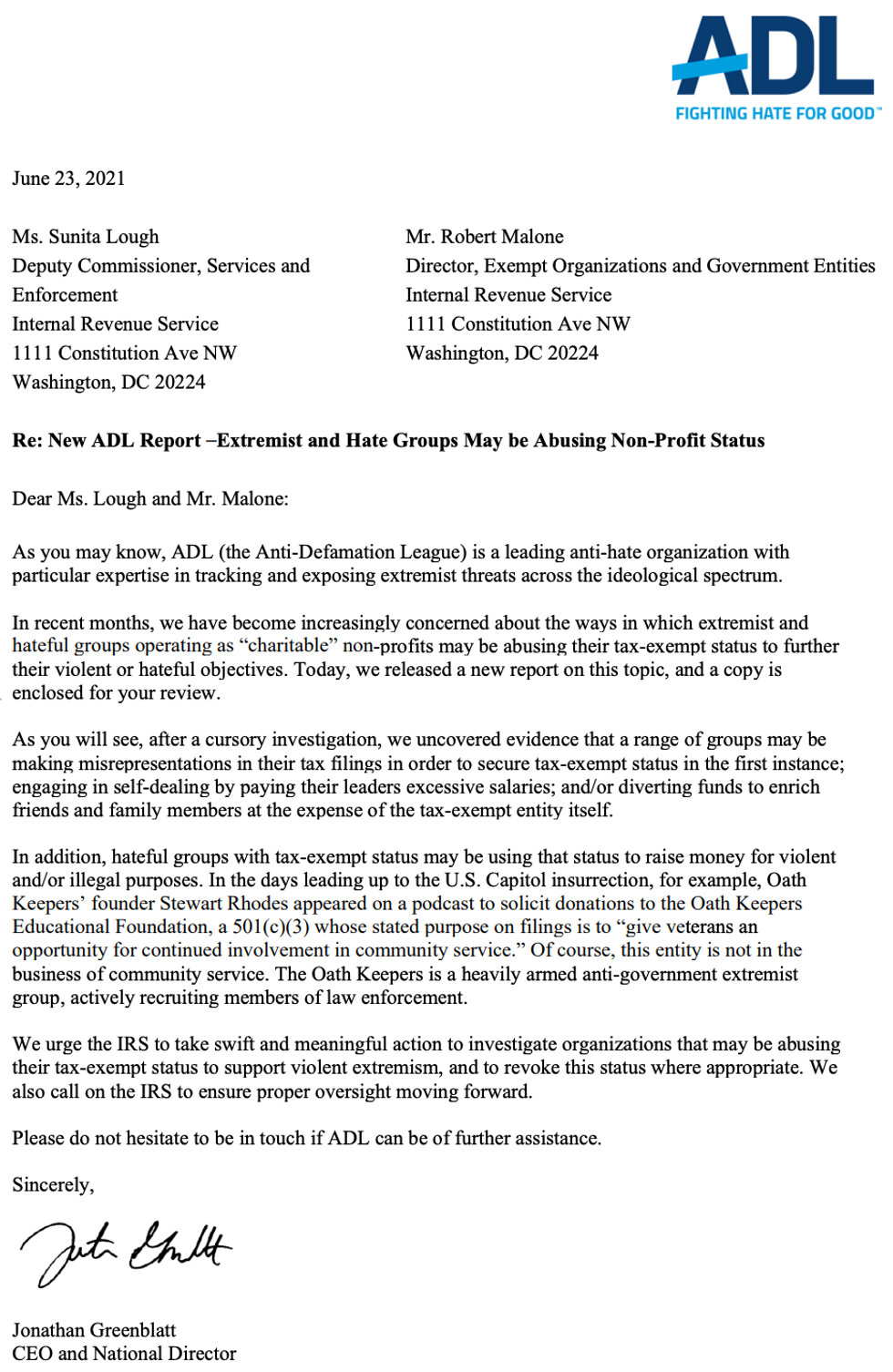