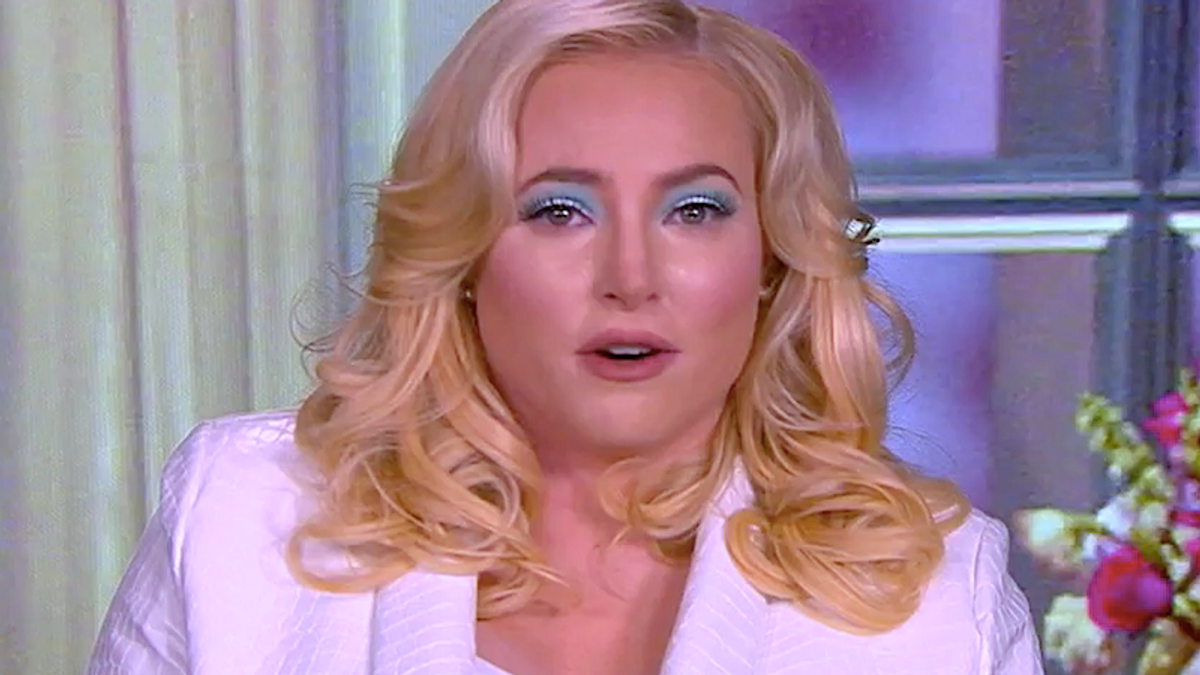 "For me, I expected for Democrats to be happy and wanting Republicans like me to be open to their side of the party, and all I hear almost hourly, if it's on social media or on TV, is the world is coming to an end and it's all Republicans' fault -- screw Trump and anybody who has been associated with the Republican Party in any capacity for the last 50 years," McCain said.

However, she immediately admitted there wasn't much common ground between herself and most Democrats.

"There is no home for me on the left in any capacity, whatsoever," McCain said. "The fact that I watch Tucker Carlson's show is probably blaspheming enough in the house of politics, and, by the way, there's a lot of Republicans in the country that were really opening to working with the other side, and all I feel is anger and hate and, arguably, more vitriol than happened during the Trump years simply because you're associated for being a Republican. So it's open season for someone like [Florida Gov.] Ron DeSantis. You just can't isolate non-Trump Republicans like me going forward, because I'm not going to be voting for a Democrat."

Host Whoopi Goldberg was briefly taken aback by the outburst, but said McCain should look a little more carefully at DeSantis' record on delivering vaccines to all Floridians.

"Well, I wouldn't expect you to vote for a Democrat," Goldberg said. "But I would expect that you know the difference between right and wrong. You are a smart person, and you know that when somebody says, 'I'm going to give this vaccine to my friends,' instead of saying, 'You know, I want to make sure that everybody in my state gets it,' maybe that's -- that's not the best thing you want to hear, and it would be nice if somebody on the Republican side [did]."