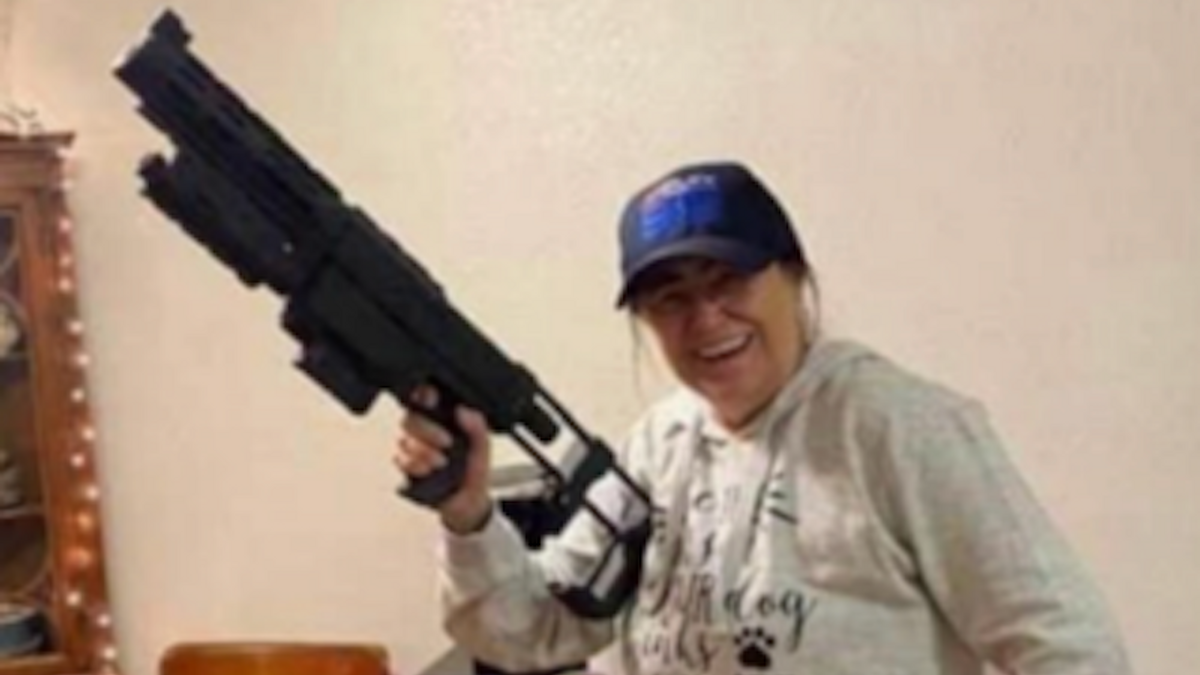 "Shortly after the riot, Pam Hemphill posted a long video of her at the Capitol alongside the now famous 'Q Shaman,' who was dressed in animal skins and a helmet with horns," the station reports. "In the video, she refers to doing something similar at the Idaho Capitol, an apparent reference to the storming of a public gallery in that building by Ammon Bundy and members of his People's Rights network in August 2020 in violation of COVID-19 protocols."

Hemphill reportedly is a founding member of the People's Rights network, and at least the second person from the group to be charged in the insurrection.

Ryan J. Reilly, a senior justice reporter for HuffPost, posted screen shots of Hemphill's Facebook posts prior to the insurrection.

"It's not going to be a FUN Trump Rally that is planned for January 6th, its (SIC) a WAR!" Hemphill wrote on Dec. 28. "The fight for America is REAL, show up I don't want to hear your excuses. We have no second chances, if Millions and I mean Millions show up we may have a chance. FIND A WAY!"

Later, she posted a photo of herself holding a large firearm. "Happy New Year!" she wrote above the photo. "On my way to Washington DC January 6th!"

The Idaho Statesman reported that as of Tuesday night, a criminal complaint in Hemphill's case remained sealed.

"After the Jan. 6 riot, Hemphill shared some of her videos with WUSA, a CBS-affiliated TV station in Washington, D.C., and talked to a reporter with the station," the Statesman reported. "WUSA reported that Hemphill says she 'made it inside the Capitol, but she claims she was pushed in and got hurt before an officer came to help her.'"

More from WUSA's report: "Hemphill, a Trump supporter from Idaho, rushed up the stairs as soon as the doors were getting smashed. The self-proclaimed citizen journalist spent more than 30 minutes capturing the events as rioters tried to get in and yelling at police. For several minutes, you can see a man with face paint and a furry Viking headdress dubbed 'QAnon Shaman' urging people to leave after President Donald Trump in his Twitter video told protesters to stand down."

Watch some of the video captured by Hemphill, as well as WUSA's January story featuring Hemphill, below.

Jake Angeli, the "QAnon Shaman", is seen urging people to follow Trump's request and leave after the windows to the… https://t.co/pedwNpOVOo
— Matthew Torres (@Matthew Torres) 1610146871.0