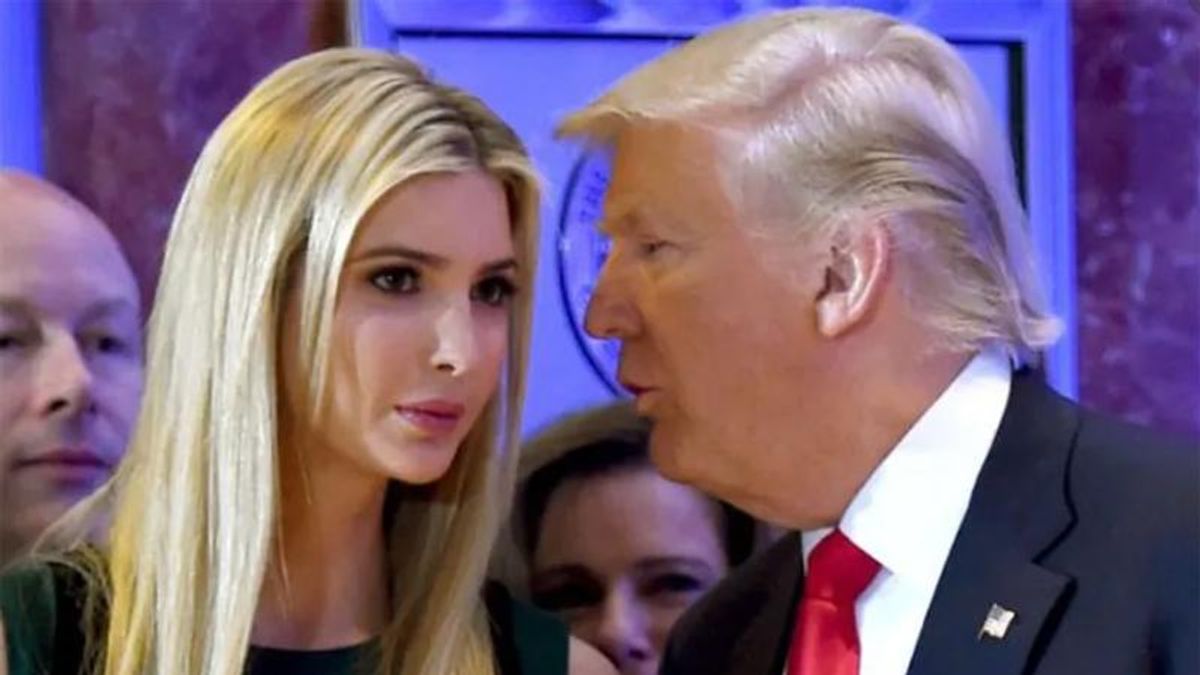 On Monday, the Daily Mail reported that first daughter Ivanka Trump will be attending President-elect Joe Biden's inauguration — despite her father pointedly refusing to do the same.

"President Trump is up in arms about Ivanka's decision," said the report. "'He said it's an insult that she would even want to engage with the crooks that are trying to bring him down,' says the insider, adding that Trump said the family must stand together and put on a united front. 'The president told his daughter that her presence at the inauguration will cost her thousands of supporters and would be the worst decision she could ever make,' they say. But Ivanka is convinced that by attending Biden's inauguration she will come across as 'being a good sport and will gain future supporters,' the source says."

Ivanka, who has worked as an unpaid White House adviser for four years, has been a steadfast supporter of the Trump administration's policies, and has claimed that public disagreement with Trump is "not her job"; however, she has at times tried to create the impression of daylight between her and the president at moments when Trump's behavior falls under critical public scrutiny.

Sources have suggested that Ivanka hopes to run for public office herself, and is considering Florida as a launching pad for her political career.