Anti-vaxxer surprised when ‘hangover’ turns into severe COVID-19: ‘I guess it attacks whoever it wants’ 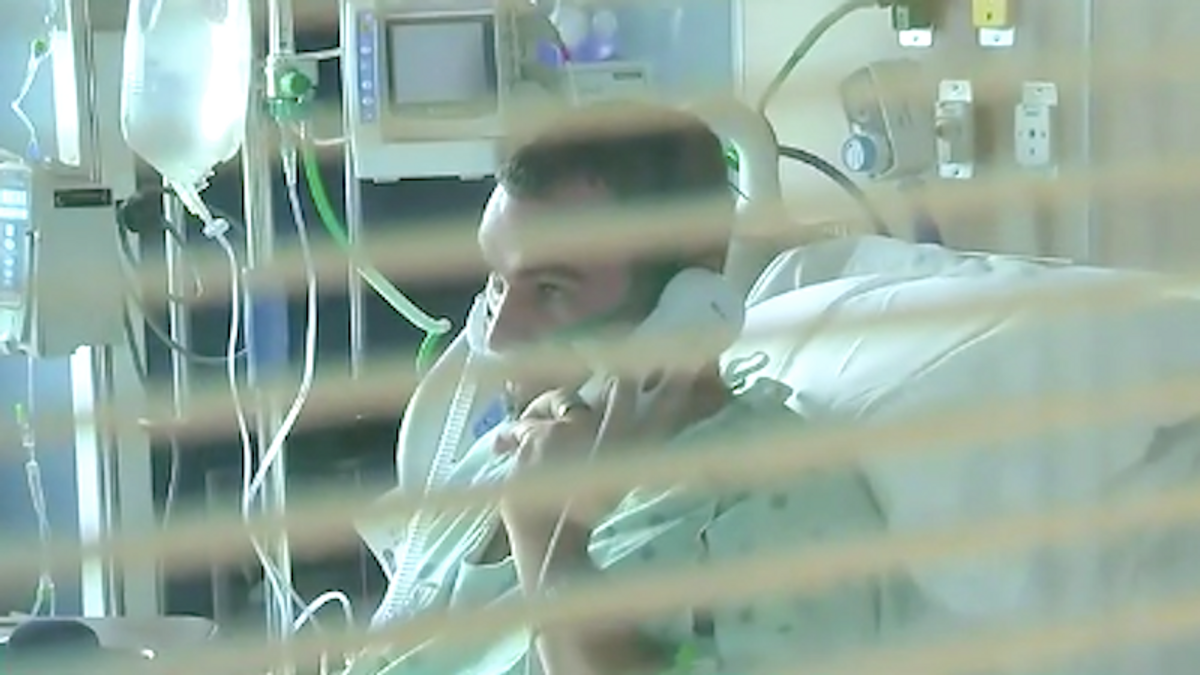 A 41-year-old Florida veteran regrets avoiding the vaccine after he and his wife became ill with the coronavirus.

James Owen, of Jacksonville, thought he had a hangover after hosting a Fourth of July party, but he quickly became too sick to breathe and wound up in the hospital, where he remains a week later, reported WJAX-TV.

"Last week the ambulance had to come to the house," Owen said. "My lungs had completely locked up."

Dozens of COVID-19 cases have flooded the University of Florida Medical Center, where coronavirus patients have tripled in the past two weeks and taken over two-thirds of the hospital's beds -- surpassing the pandemic peaks set in January.

"We had 125 cases on any given day," said Chad Nielsen, an infectious disease expert at the hospital. "We surpassed that several days ago."

Most of the patients were unvaccinated like Owen, who didn't expect to become so ill from the virus.

"After seeing the way it has beaten me down like this to next to nothing," he said, "I'm definitely for the vaccination now."

Owen, who's improving but still has trouble breathing, urged other holdouts to get the shots and avoid his fate.

"I'm doing much better," Owen said. "Trying to breathe right now but … I have to remind myself to breathe because the lungs are still a long way from healing."

His wife is still battling the virus at home alone, and Owen said he learned the hard way that no one's immune.

"I guess it attacks whoever (it) wants to at this point," he said.