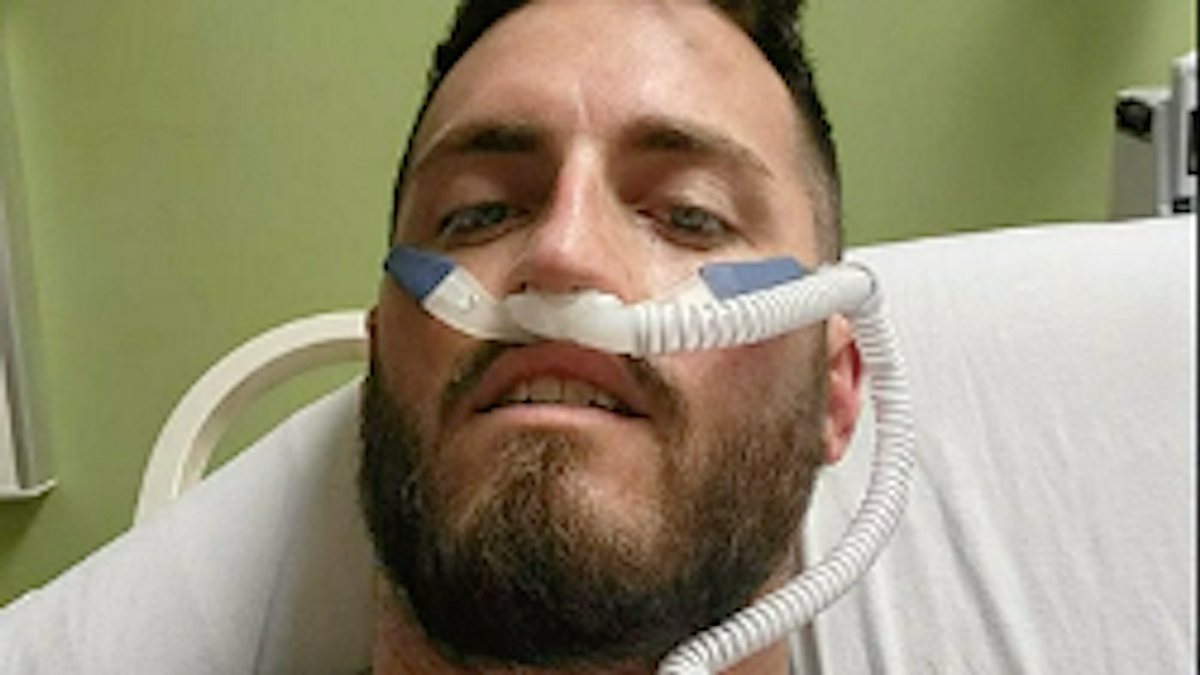 A Florida father is hoping to convince other vaccine skeptics to get their shots after he became ill with the coronavirus.

Donald "Frue" McAvoy was healthy and young, so he decided the COVID-19 vaccine wasn't necessary, but that's all changed after he was hospitalized with a severe infection, reported WJAX-TV.

But the 33-year-old gym manager tested positive on June 24, and he was hospitalized a couple of days later and eventually moved to the intensive care unit.

"I remember just sitting there crying and crying," McAvoy said. "All I could think about was fighting, and wanting to get out to see my daughter."

McAvoy was released last week, but still depends on an oxygen tank because his lungs still aren't strong enough to go without one, and he hasn't seen his daughter in a month because he's still testing positive for what he believes is the delta variant of the virus.

"I was one of those people that said it affects just the elderly or affects the older people that have health conditions -- that's absolutely not true," McAvoy said. "I hope that people start to take it serious."

McAvoy has set up a GoFundMe page to pay for medical bills and other expenses.