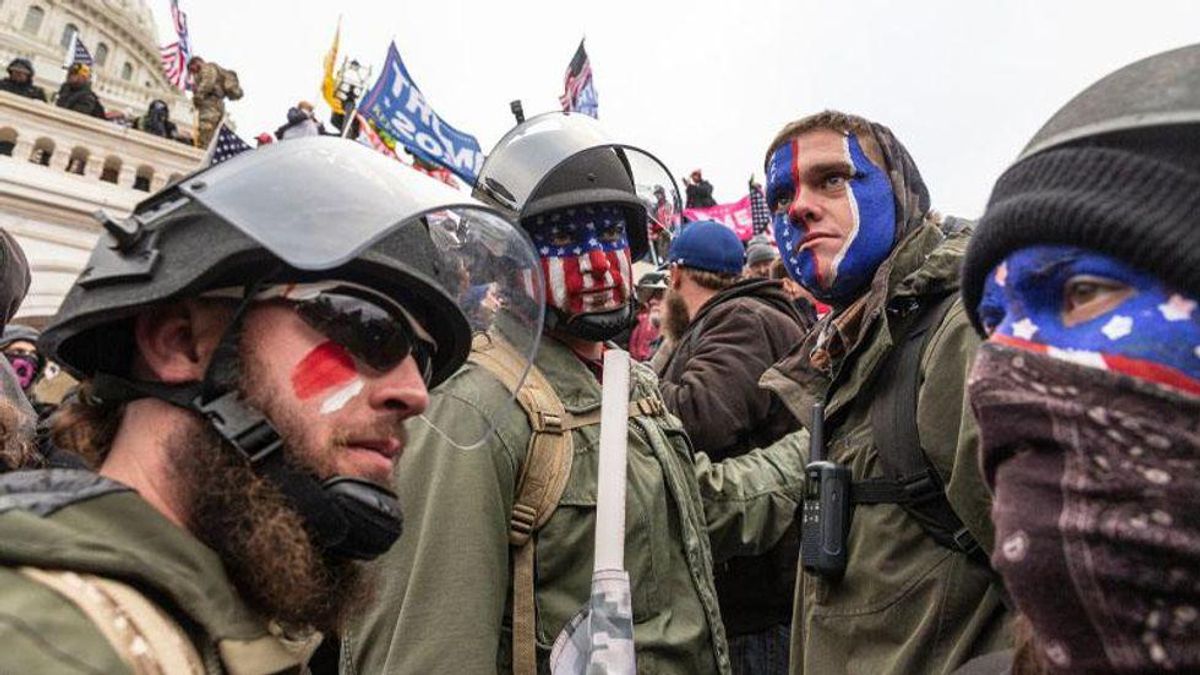 The danger, the former Marine explained, is "if mass protests become the norm, then police and military responses to those protests will surely follow. This is a new normal we can ill afford."

What worries Ackerman is that the military has traditionally been removed for internal U.S. politics and he claims there is a risk they will become a tool of whomever controls the White House as commander in chief and a war within the ranks may break out along political divides.

"If this trend of increased military politicization seeps into the active-duty ranks, it could lead to dangerous outcomes, particularly around a contested presidential election," he wrote. "Many commentators have already pointed out that it's likely that in 2024 (or even 2022) the losing party will cry foul, and it is also likely that their supporters will fill the streets, with law enforcement, or even military, called in to manage those protests. It is not hard to imagine, then, with half of the country claiming an elected leader is illegitimate, that certain military members who hold their own biases might begin to second guess their orders."

He added, "This might sound alarmist, but as long as political leaders continue to question the legitimacy of our president, some in our military might do the same."

Using his experience overseas as a reference point, Ackerman noted that the U.S. government needs to restabilize and that a Capitol riot insurrection commission is needed to get to the truth.

"Consensus on anything in Washington is hard to come by these days, but there is a common interest here: Both parties will certainly agree that if they win the next election, they won't want the other side to contest it," he advised.