Women in charge: Janet Yellen is willing to be dangerous

Pat Mitchell
Janet Yellen, the new Federal Reserve Board chair, appears before the House Financial Services Committee to give her testimony on Feb. 11, 2014 in Washington, DC [AFP]

In the history of the United States, no presidential cabinets have ever matched the gender or racial balance of the country. But America could soon see its most diverse cabinet ever with the first Native American cabinet secretary; first Latino homeland security chief; first openly gay cabinet member and more. In three departments, Treasury, Defense and Veteran's Affairs, there has never been a woman in charge — until now. Altogether, Biden has announced 12 women in his cabinet, the most ever.

Raw Story is proud to reproduce "Table for 12" --- the legendary Pat Mitchell's series profiling these women.

"What we will see are women who are playing critical and key roles and having a seat at the most powerful table in the world, where their perspectives and voices will be heard. They will be bringing to that table all of their experiences as women, as women of color … and they will see the world through that lens."

Last Tuesday marked another "first." Janet Yellen was sworn in as the secretary of the Treasury Department by Vice President Kamala Harris in what The New York Times described as "a history-making moment" as both are the first women to hold two of the most powerful jobs in the United States government."

Yellen is the nation's 78th Treasury Secretary and the first woman to head the institution in its 232-year history. Her appointment also marks a personal achievement: she is the first woman to have held all three top economic jobs in the government, having served as Federal Reserve Chair under President Obama and as Council of Economic Advisers Chair under President Clinton.

She's hit the economic trifecta, and some are asking: "Is she a feminist? Will her policies be positive for women and families?"

I might go further and ask: Is she willing to be as dangerous as she needs to be to end the unfair and inequitable economic 'shecession' and put policies in place that improve the lives of women and their families?

In my book, Becoming a Dangerous Woman: Embracing Risk to Change the World, I wrote that dangerous times call for dangerous women. I interviewed incredible women leaders who shared their thoughts about what being dangerous means to them. In thinking about Yellen, I remember what Stacey Abrams told me, "there are few things as dangerous as a woman with a plan and the perseverance to execute."

By that metric, Yellen is as dangerous as it gets. 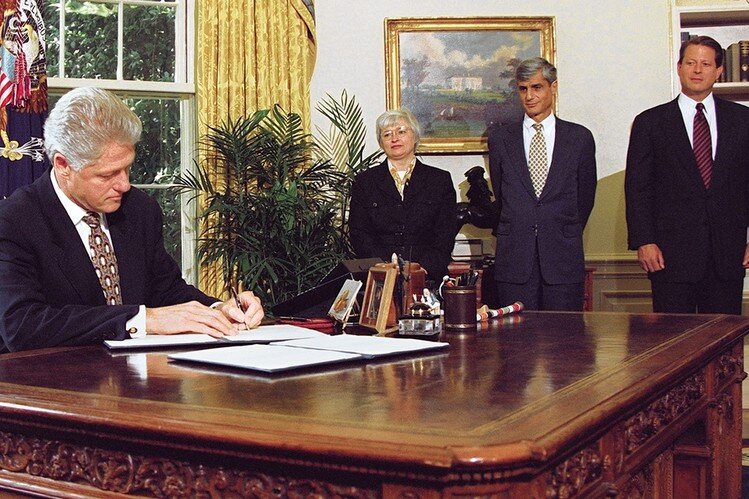 After the ceremony on Tuesday, Vice President Harris tweeted: "Secretary Yellen is a trailblazer, whose deep commitment to working families will be essential as we confront the urgent economic challenges facing the American people."

Yellen's ability to connect economic theory to ordinary life is one of the defining characteristics of her career. Reading through past speeches and interviews, fairness is a value that Yellen champions over and over again. In fact, her best known and most cited academic paper outlines "the fair wage-effort hypothesis," an economic theory that workers will put in less effort if they think they are being paid below what they consider to be a "fair" wage. It is credited with revolutionizing economic thinking around wages and work.

One of her earlier achievements in government during her time with the Council of Economic Advisors was a landmark report, "Explaining Trends in the Gender Wage Gap," in which she focused on the gender pay divide. Yet, Yellen has never publicly (not that I can find) referred to herself as a 'feminist' and demurred from calling out the barriers to women's advancement in the workplace for much of her career. 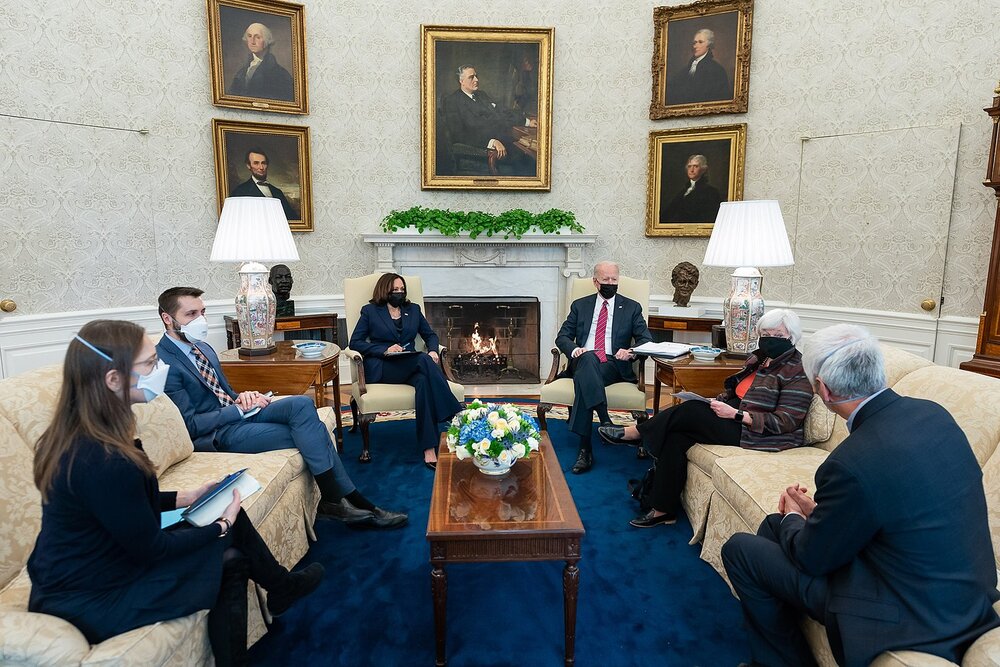 But gratefully in recent years, she has been speaking out more about the inequalities that persist in both American society and in the economics profession. Women in the workplace have been "hampered by barriers to equal opportunity and workplace rules and norms that fail to support a reasonable work-life balance," Yellen told Brown University graduates in 2019, adding that "if these obstacles persist, we will squander the potential of many of our citizens and incur a substantial loss to the productive capacity of our economy."

Lack of diversity in economics, she observed at a recent Brookings Institute panel, wastes talent and harms the quality of research. "Diversity is important in ensuring that the research that is done within economics appropriately reflects society's priorities." She continued:

"Women focus on issues of great importance that are understudied by men. I'm particularly thinking about gender issues — such as the treatment of women (who are more than half the world's population), the family (which is humankind's most important institution), children (who at some point in our lives includes everyone) and health care (which also concerns all of us).

Women and men often have significantly different approaches and views on issues that are important to public policy. That makes it especially important to hear women's voices."

In her welcome letter to Treasury staff last week, she wrote: "Economics isn't just something you find in a textbook. I believe economic policy can be a potent tool to improve society. We can – and should – use it to address inequality, racism, and climate change."

With faith that those words will be the touchstone of her economic plan, I am so very glad to welcome Dr. Yellen to the leadership table and to the sisterhood of dangerous women prepared to stand up, speak up and show up to improve the lives of all women, their families and communities and to build forward toward a just and equitable economic recovery and more sustainable future.

Dr. Yellen, a heartfelt feminist welcome to the table where you can shape the policies to address all those issues and more.

When President Biden wondered what a Hamilton-style musical about the new Treasury Secretary would sound like, rapper Dessa came through with the answer, and it's amazing! Listen here:

Pat Mitchell is the editorial director of TEDWomen. Throughout her career as a journalist, Emmy-winning producer and pioneering executive, she has focused on sharing women's stories. She is chair of the Sundance and the Women's Media Center boards and a trustee of the VDAY movement, the Skoll Foundation and the Acumen Fund. She is an advisor to Participant Media and served as a congressional appointment to The American Museum of Women's History Advisory Council. She is the author of Becoming a Dangerous Woman: Embracing Risk to Change the World.