That wasn't the only call. A number of cell phones belonging to Mark Meadows, Ivanka Trump, Cassidy Hutchinson, and others in the White House were sending and receiving text messages and calls on and around Jan. 6. Riggleman and his team took those calls and texts, and created a kind of data visualization tying each number to each other. It created what he called "The Monster," a line graph that shows startling conduits between Jan. 6 attackers and the White House. 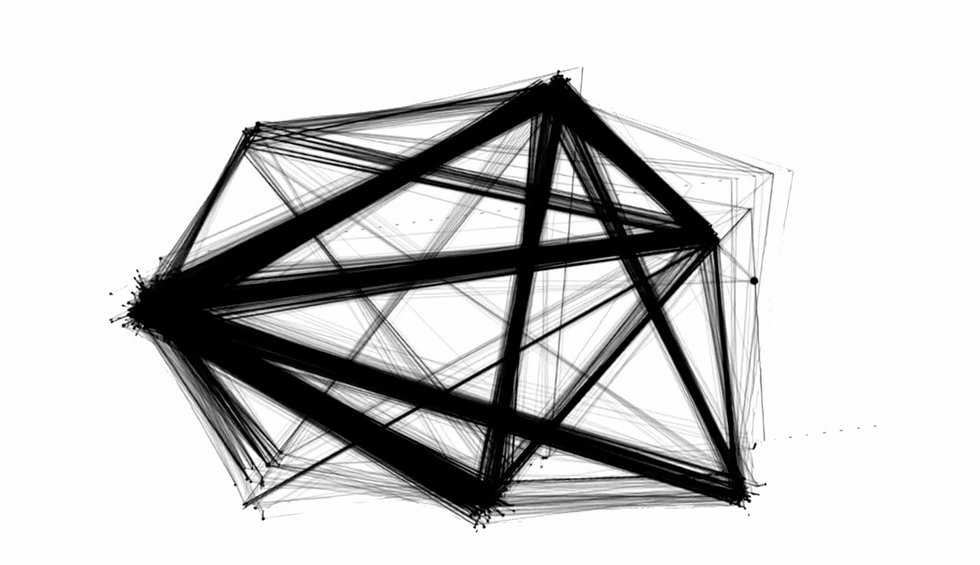 "Six pretty big centers of gravity or six groups that we looked at and really it came down to Trump team, Trump family, rally goers, unaffiliated DOJ charged defendants, Proud Boys and Oath Keepers, and others which are state legislators, alternate electors, things like that," Riggleman told "60 Minutes" on Sunday. "When you have those six groups of people you can look at the connections between them."

As "60 Minutes explained," the thick line represents tens of thousands of calls and contacts between the groups. Riggleman also collected the text messages from Meadows, putting them in a spreadsheet and gathering info about who was reaching out to Meadows.

Riggleman joked it seemed like everyone in Washington had Meadows' personal cell phone number.

"We don't have text content, but we do have is how long they talked, when they talked, that is very important," said Riggleman about the calls. "And it really does suggest that there was much more coordination than the American public can even imagine when it came to Jan. 6th."

The graph below shows the version of the chart above zoomed out. It shows the major connectors. One section that is highlighted in blue shows one individual and their calls to and from the group. 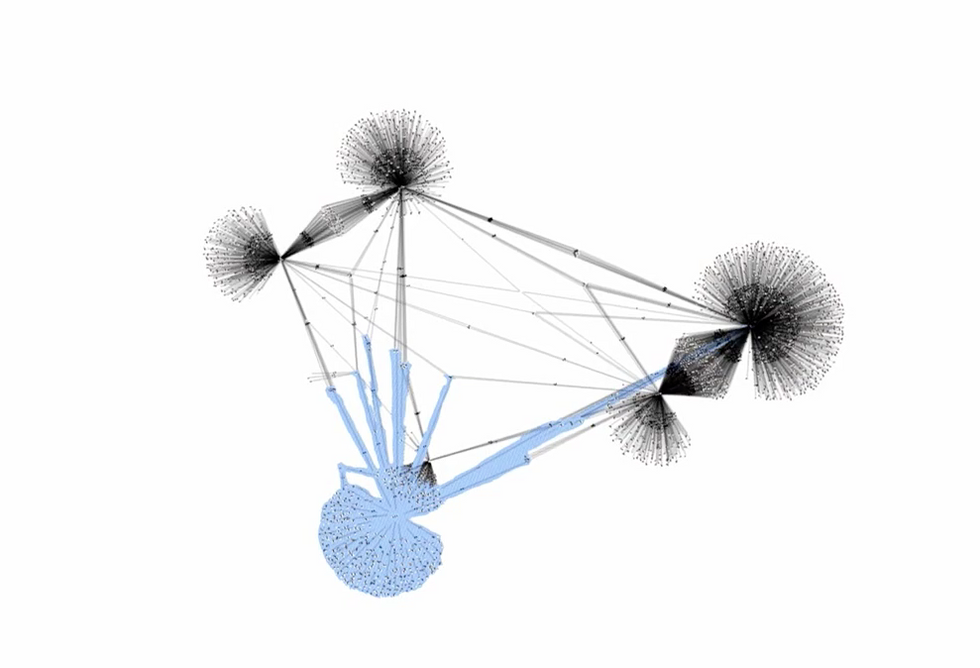 An example is the five calls weeks before the Jan. 6 attack and one QAnon organizer, Bianca Gracia, who also attended the Jan. 5 parking garage meeting between the Proud Boys and Oath Keepers.

Lofgren told CNN on Sunday that every piece of information and data that Riggleman gathered for the committee has been part of the investigation and they have looked into it further.

See the segment below:

Riggleman: Ginni Thomas’ beliefs were an “open secret around the beltway” | 60 Minutes www.youtube.com