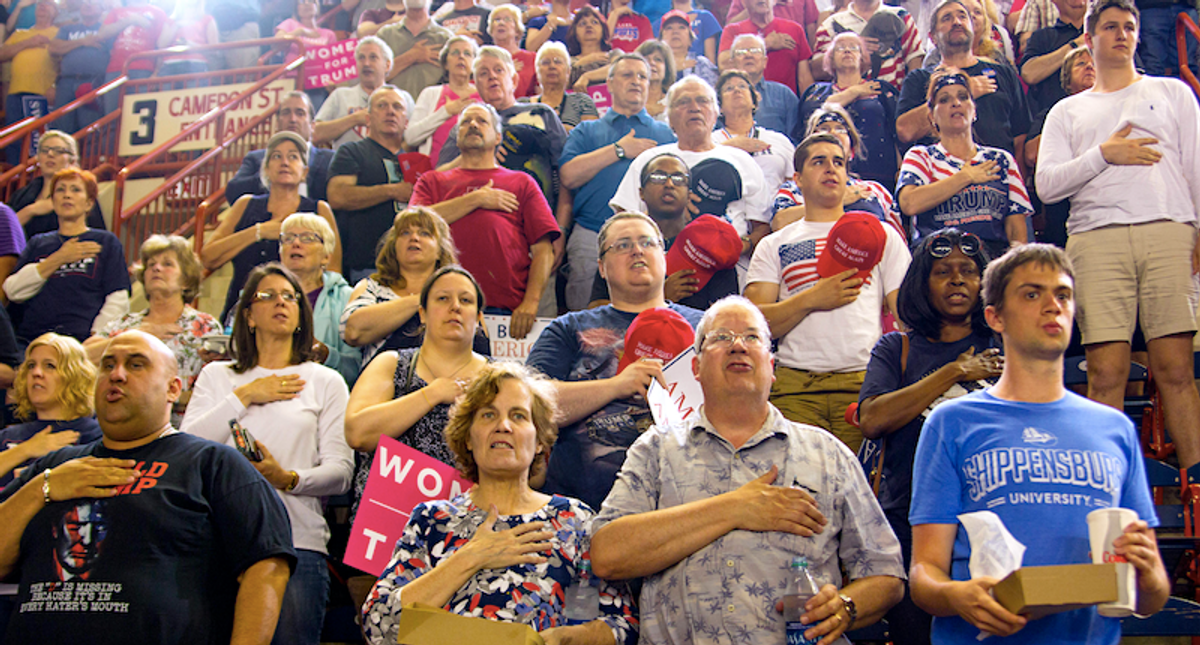 A former treasurer for the Michigan Republican Party is fuming after his own party ousted him from his role after he admitted he didn't vote for former President Donald Trump last year.

Local news station Fox 17 reports that Jason Watts, who until recently served as treasurer of the 6th District Republican Party in Michigan, was removed from his post by a unanimous 26-to-zero vote over this past weekend because he admitted in an earlier interview that he did not back Trump's reelection bid.

"It's become a cult of personality, where it's fealty above all else," Watts complains to Fox 17. "All my hard work, all my devotion to the district doesn't matter one iota. It was all about whether I could prove this blood loyalty to Trump."

Earlier this month, Watts unloaded on his party after they exposed him to the novel coronavirus by holding a meeting in which almost no one took health and safety protocols seriously.

"You had very few people wearing masks, and at least six people contracted COVID," said Watts, who himself was hospitalized after contracting the disease.