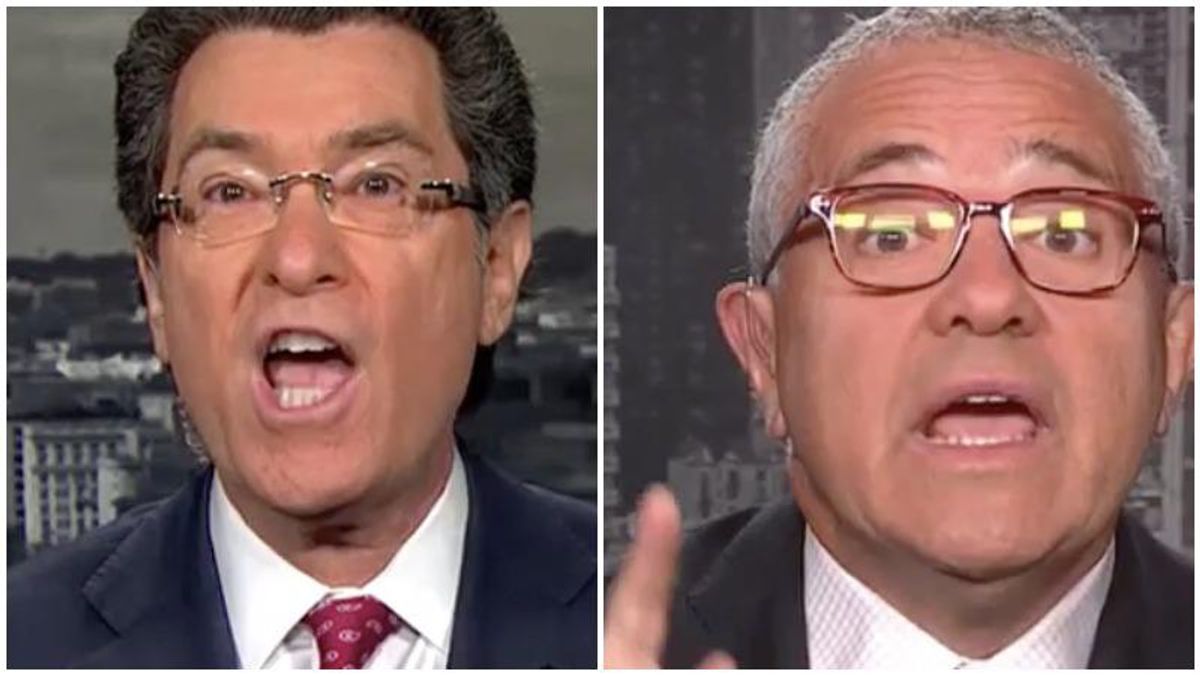 A pair of legal experts squared off on CNN over whether former president Donald Trump should be criminally prosecuted for crimes committed in office.

Jeffrey Toobin, who was recently reinstated by the network after he was suspended for lewd conduct on a Zoom call, argued in a new CNN column that prosecutors would face great difficulty proving Trump's intent in various alleged crimes, and he said ex-presidents should not be hounded by criminal charges after leaving office.

"It's one thing to describe the former president's behavior as disgraceful and wrong -- and I'd share that view -- but quite another to argue that Trump should be criminally prosecuted," Toobin argued in the column. "Based on the available evidence, there is no basis to prosecute Trump and little reason even to open a criminal investigation."

"What he says is provocative and will wake you up in the morning, but it's totally wrong," Eisen said. "Right now we live in a system where Donald Trump tested our most fundamental legal precept, no one is above the law. If the attorney general discovers evidence that Donald Trump did wrong, of course he should be investigated and prosecuted, and contrary to Jeff, there is already substantial evidence to predicate an investigation, to open an investigation. When you have a president who says to the Georgia secretary of state, just find 11,780 votes, or says to his own acting attorney general, 'Just say the election was corrupt and leave the rest to me,' those are the statements of someone who knows that he did wrong."

"What's the crime, Norm?" Toobin interjected. All those statutes you mentioned, the election fraud, conspiracy to defraud, obstruction of justice they have specific intent requirements. They have requirements that say you have to prove that the defendant intended to violate the law, intended to do wrong. What's the evidence? Usually when you prosecute someone specific intent crime, you have to show that they lied about what they do. What they did. They covered it up. What Donald Trump did was in plain sight, and for better or worse, every indication is that he actually believes that there was fraud in this investigation, so telling people to investigate fraud does not appear to me to be evidence of a crime."

"Seriously, Jeff, now you want us to believe that Donald Trump was speaking the truth?" Eisen countered. "You wrote in your op-ed that Trump would assert [that] he was seeking to uphold the law and we're supposed to believe him. Jeff, this was a person who lied 30,000 times. We're not going to believe him for the first time now, and I think it's equally plausible and more than plausible enough for the attorney general to open an investigation that when Donald Trump says to the Georgia secretary of state, 'Just find 11,780 votes corrupt, and leave the rest to me.' He knew that there was no basis. Look at the ridiculous grounds for his claim. He knew there was no basis -- he's a serial liar."