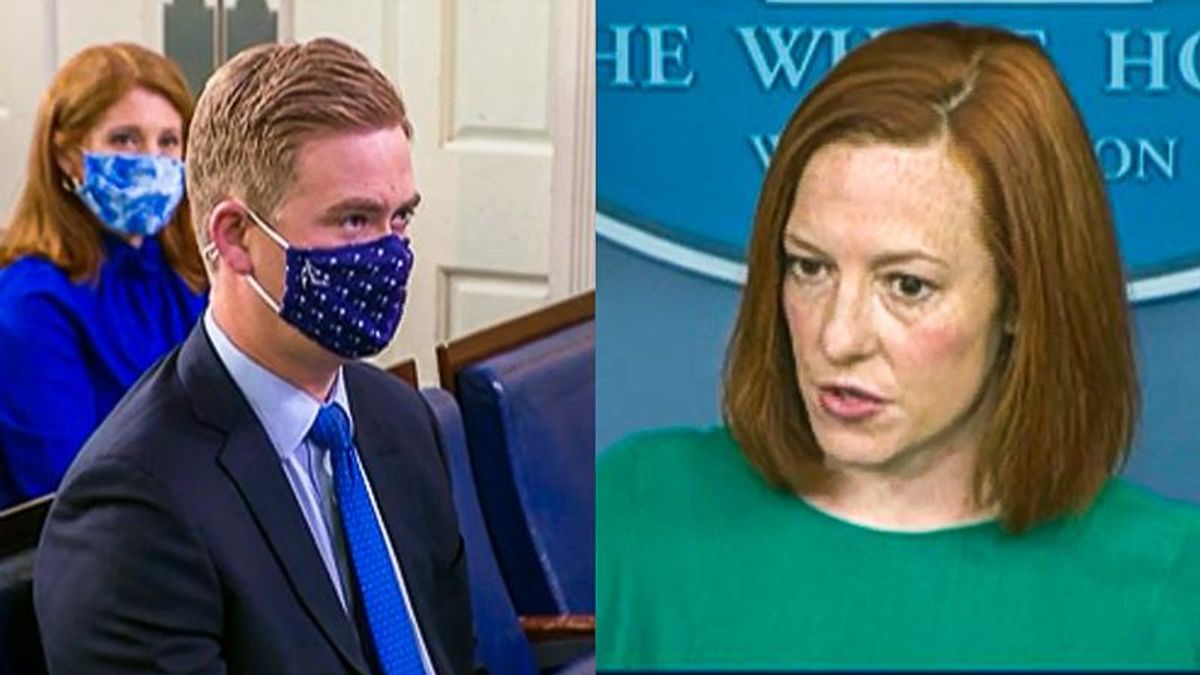 "Is the White House concerned that Major League Baseball is moving their All-Star Game to Colorado, where voting regulations are very similar to Georgia?" Doocy wondered.

Psaki was prepared with an answer.

"Let me just refute the first point that you made," she replied. "Colorado allows you to register on election day. Colorado has voting by mail, where they send to a 100% of people in the state who are eligible applications to vote by mail. Ninety-four percent of people in Colorado voted by mail in the 2020 election."

"They also allow for a range of materials to provide for the limited number of people who vote on election day," Psaki continued. "I think it's important to remember the context here of the Georgia legislation is built on a lie. There was no widespread fraud in the 2020 election. Georgia's top Republican election officials have acknowledged that repeatedly in interviews."

She added: "What there was, however, was record-setting turnout, especially by voters of color... What we're seeing here for politicians who didn't like the outcome, they're not changing their policies to win more votes, they're changing the rules to exclude more voters. And we certainly see the circumstances as different."

With that, Doocy moved on to the next topic instead of attempting a follow-up question.