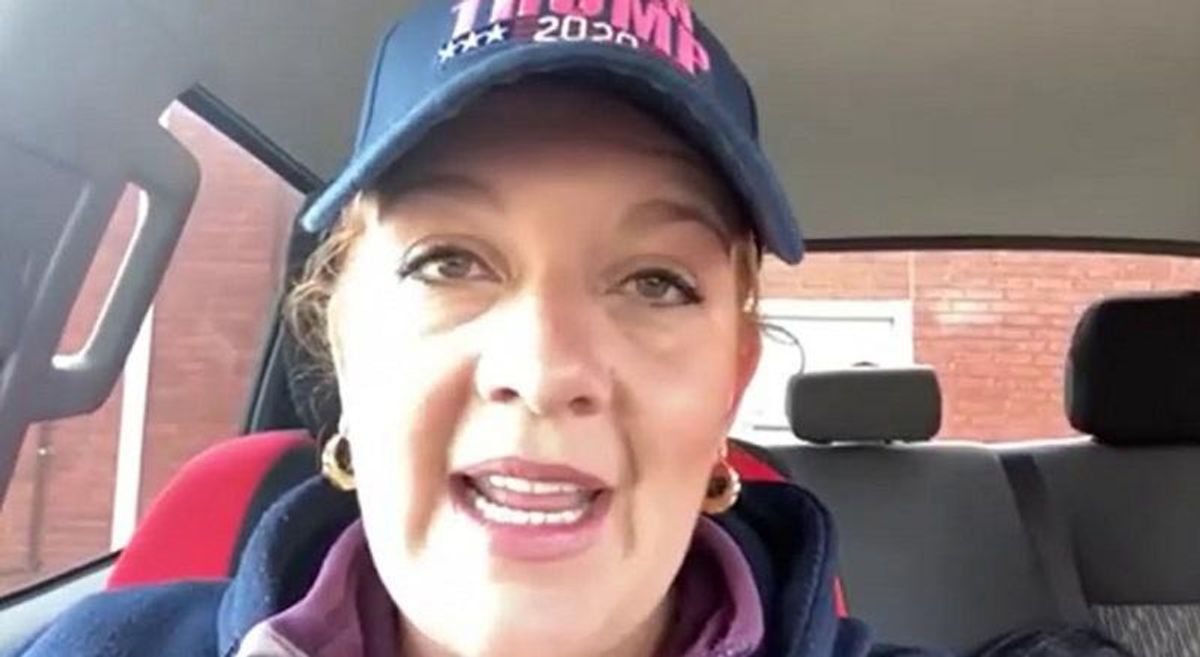 A Trump supporter who bragged on Facebook about breaking down the door of House Speaker Nancy Pelosi's (D-CA) office during last week's Capitol riots has been arrested by the FBI.

Cudd became infamous for posting incriminating evidence against herself by bragging about breaking into Pelosi's office.

"We did break down the, Nancy Pelosi's office door and somebody stole her gavel and took picture sitting in the chair flipping off the camera, and that was on Fox News," Cudd bragged in a Facebook video.

CBS 7 notes that it interviewed Cudd prior to her arrest and she expressed no regret for her actions.

"Several times, Cudd told CBS7 she was proud of what she did and that she'd do it again," the station reports. "She also said she had gotten several death threats after the riot at her florist shop, Becky's Flowers, which is located in Midland. Plus, she said, hundreds of people had gone online and given the shop bad reviews."