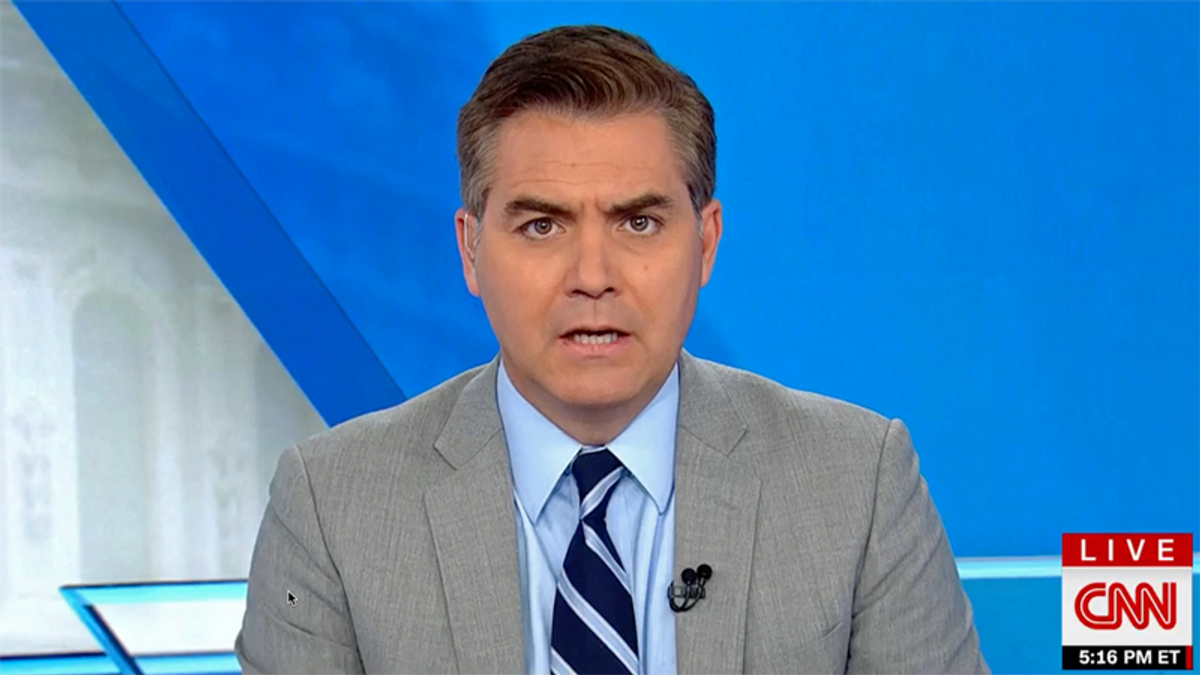 And on Saturday Acosta referred to Carlson as a "human manure spreader."

"Over on Fox, human manure spreader Tucker Carlson has floated yet another race baiting conspiracy theory that tens of thousands of Afghan refugees are being sent over to this country in order to change the outcome of elections," Acosta noted.

Acosta noted the threat to democracy was the January 6th insurrection by Trump supporters.

And Acosta went on to slam the anti-abortion law passed by Texas Republicans.

The host said it was "sort of like an American Taliban."

"It is starting to look like a combination of theocracy and thugocracy," Acosta explained. "The leaders of this MAGAban movement, people Marjorie, Madison and Tucker, they're not counting on an intelligence failure or a lack of planning on your part. They're counting on a lack of courage to stand up for your rights in this country. Does that ring a bell?"

"The anti-immigration, anti-democratic, anti-women's rights forces have all sought these kinds of changes for years, even decades, in this country. Their operation to change America forever is well underway," he said.